Bigg Boss is a Telugu reality show, aired on Star Maa. 16 people will live under one roof, for 100 days, monitored by multiple cameras! Can it get any bigger than this?

Watch this superhit reality fare hosted by Tollywood superstar Nani, and get set for some fun, excitement, and drama.

Tanish :
Tanish is a Tollywood actor. He appeared in Mem Vayasuku Vacham with Niti Taylor in 2012. Tanish was born to Alladi Yesuvardhan Babu and Saraswathi. He has two brothers named Alladi Vamsi Krishna and Alladi Kasi Viswanath. 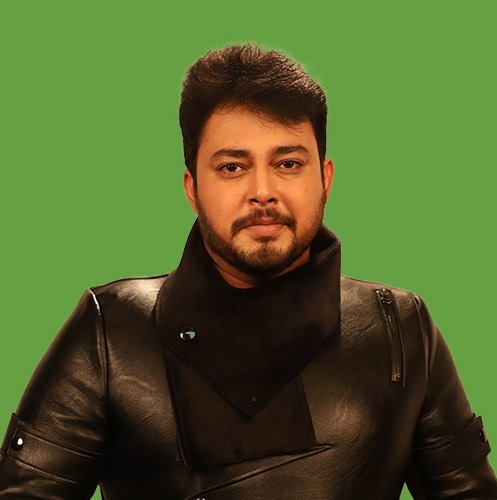 Amit Tiwari :
Amit Tiwari is an Indian Actor. He was born on Year, 1987 in Andhra Pradesh, India. Amit Tiwari mainly works in South Indian Film Industry. He made his debut with negative role on the film ‘Puri Jagannadh’. He rose to fame for the films like, Siruthai, Nagarahavu, Tiyaan etc. 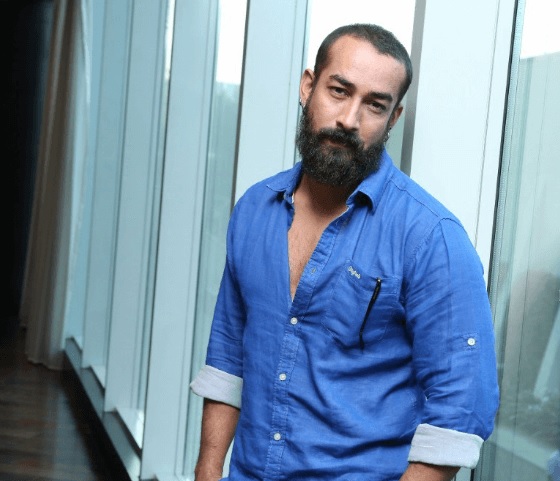 Samrat Reddy :
Samrat Reddy, is an telugu movie actor who featured in many movie including Panchakshari, Malini & Co., W/O Ram and more. He was married to Harshita Reddy, and got separated in 2018 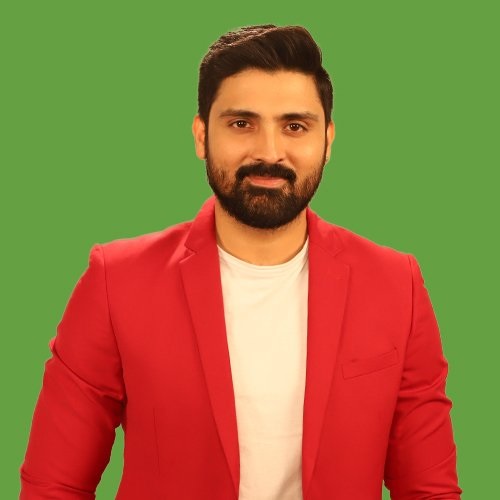 Bhanu Sri :
Bhanu Sri is an Indian Actress who is predominantly working in Telugu film industry. She is also called as Bhanu Tripathi. She made her debut in the movie “Iddari Madhya 18”. She participated in Zee Telugu’s “Gold Rush” game show. 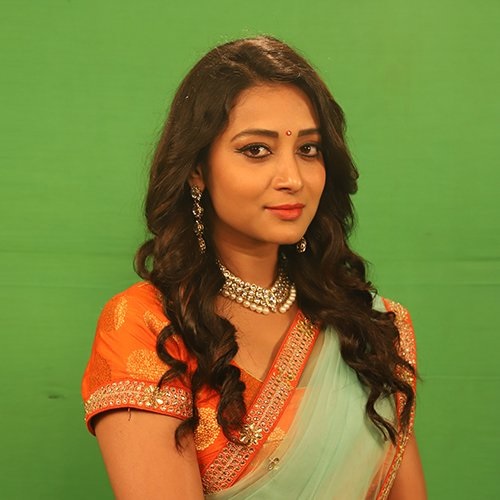 Deepti Nallamothu :
Deepti Nallamothu was born on 25th August in Vijayawada, India. She works in the TV9 news channel as Reporter/News anchor. She is one of the most popular talkativeness and eccentric voice of Telugu audiences in TV9 Telugu channel. 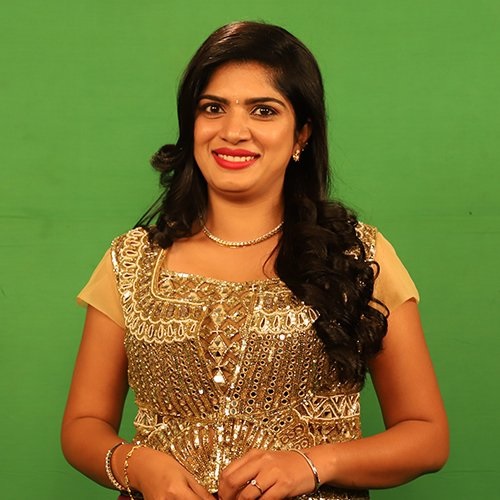 Geetha Madhuri :
Geetha Madhuri Sonti is an Indian playback singer and dubbing artist who works primarily in South Indian Film Industry. She became famous with the song “ninne ninne” from the movie Nachavule for which she won Nandi Award as the best female playback singer. She also won two Filmfare awards. She has sung in Telugu, Tamil, Kannada and Malayalam. 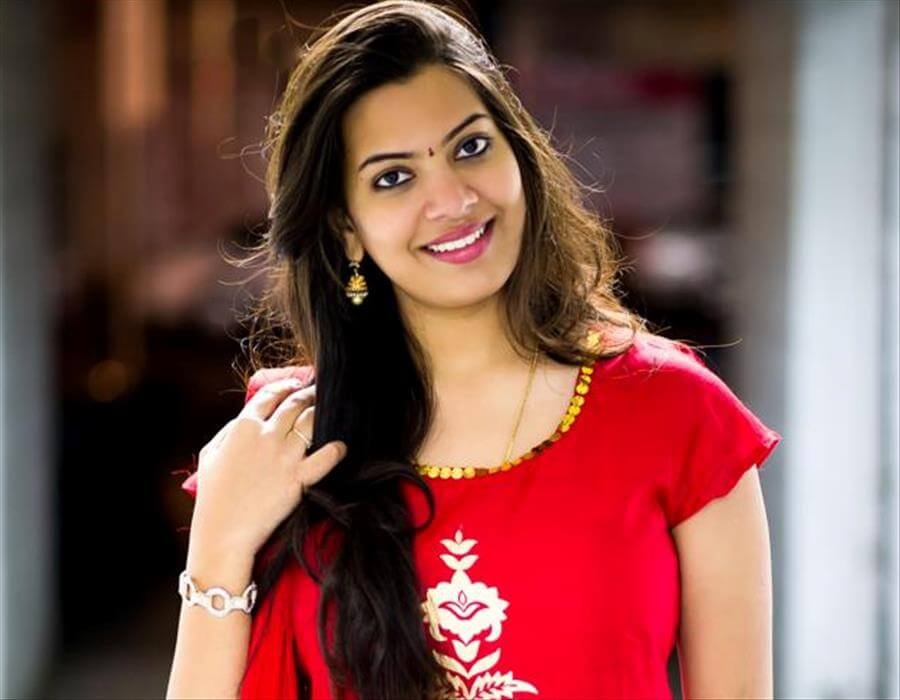 Nutan Naidu :
Nutan Naidu is an Indian social worker primarily working for women empowerment. He is quite popular in Vishakhapatnam and adjoining areas for his stellar work in making people aware of various social issues. 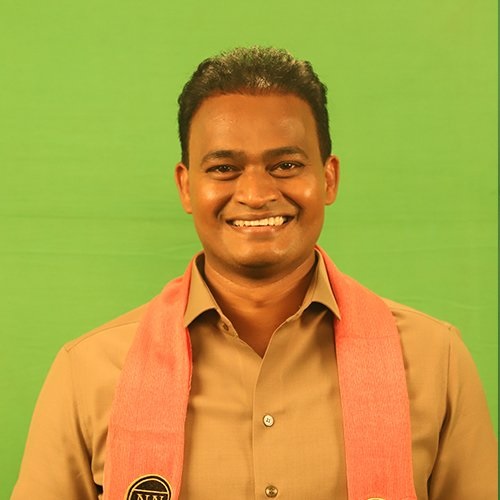 Babu Gogineni :
Babu Gogineni is an Indian Humanist, rationalist, and human rights activist, who served as Executive Director of the International Humanist and Ethical Union (IHEU). Gogineni is also a prolific writer in English, French and Telugu. 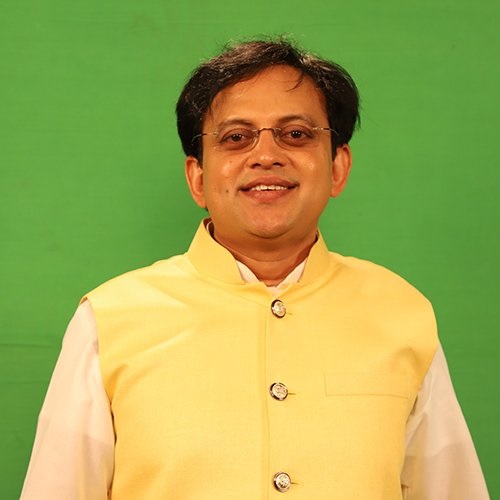 Deepthi Sunaina :
Deepthi Sunaina is an Instagram Star and YouTuber, who has a lot of fans in social media. Her acting and dancing talent often gets her trolled. The 19-year-old YouTuber got huge fan base through her Dubsmash video. She entered Tollywood industry by making her on-screen debut in the 2018 blockbuster film Kirrak Party. 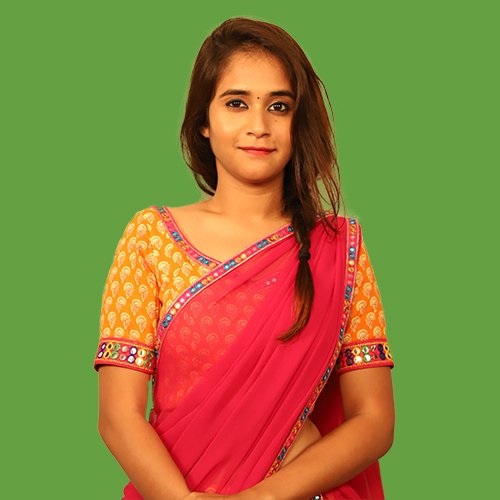 Kaushal Manda :
Kaushal Manda, is an television actor who worked in many telugu serials. He also appeared in more than 100+ televison commercial ads in various languages. For his performance in Evvani Chedanunchu, he honoured as National Best Child Artist Award om 1982. 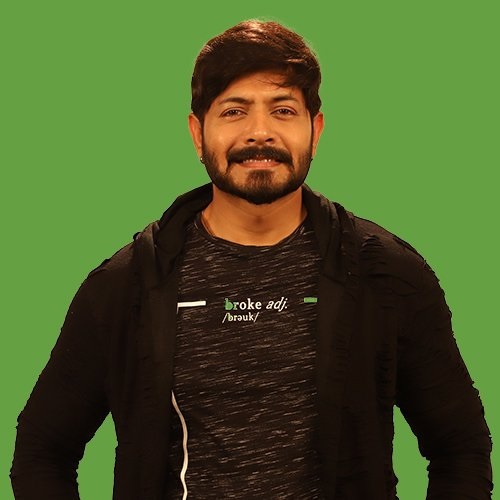 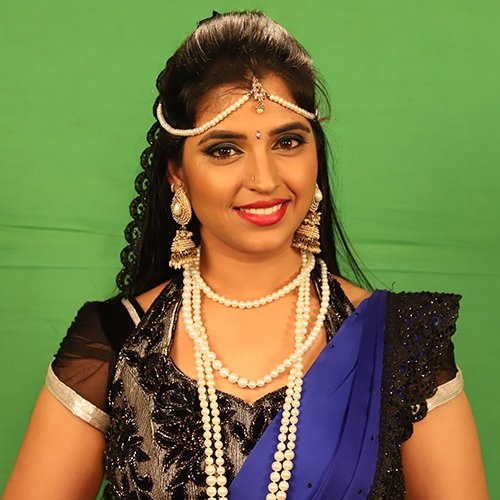 Tejaswi Madivada :
Tejaswi Madivada is an Indian film actress and model, who works predominantly in the Telugu film industry. A dance choreographer turned actress, she made her acting debut in 2013 with Seethamma Vaakitlo Sirimalle Chettu and became noted after starring in Ice Cream. 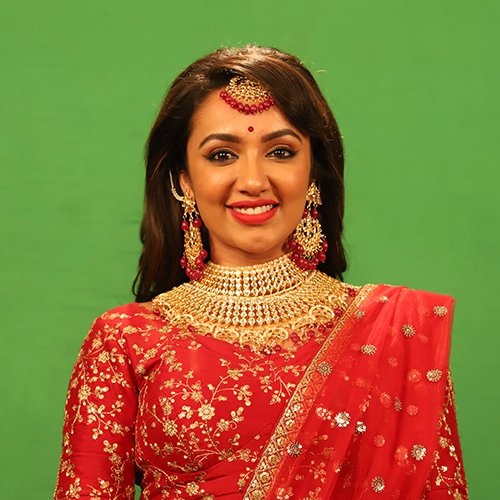 RJ Ganesh :
Ganesh is a Radio Jockey based out of Vijayawada. He is quite popular for getting deep into the songs and narrating interesting stories in a pleasant manner. RJ Ganesh was born in the year 1993 in Visakhapatnam, Andhra Pradesh and later he shifted to Vijayawada. 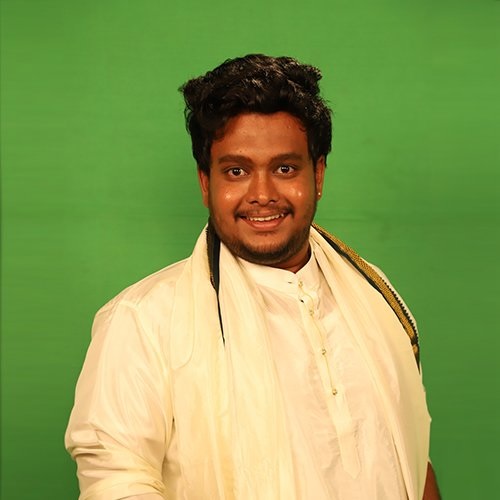 Sanjana Anne :
Sanjana Anne is an Indian model. She is a finalist in Miss India competition and winner of Miss Hyderabad 2016 Competition. Sanjana was born as Vanaja Sai Sanjana Chowdhary on 3 June 1991 in Vijayawada, Andhra Pradesh and brought up in Hyderabad, Telangana, India. 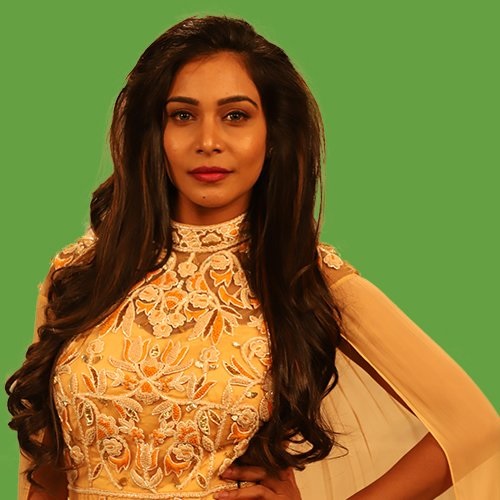 Roll Rida :
Roll Rida is an Indian Rapper, who is a Telugu Rapper. He is well known for his rapping in Telugu, with that, he is known by all Tollywood heroes. Moreover, his song Kirana Rap is one of the most extemporaneous viral video, which can be seen in most of the people mobile in Telangana. 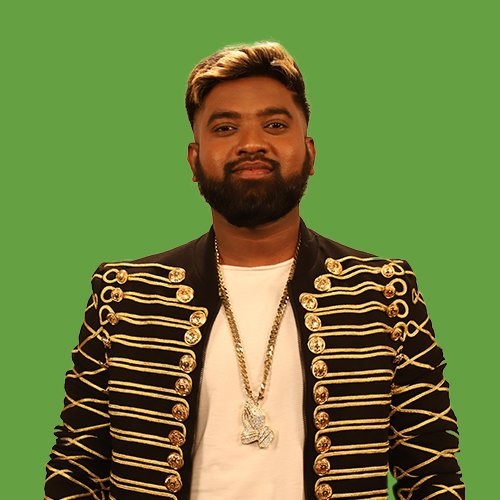 Kireeti Damaraju :
Kireeti Damaraju is an Indian Telugu film actor. Kireeti Damaraju started his acting career with shortfilms “Ontiganta” and “Anukokunda”. Anukokunda which was selected for cannes gave him the jump start to land in a feature film role of “subbarao” in the Second Hand Movie.. 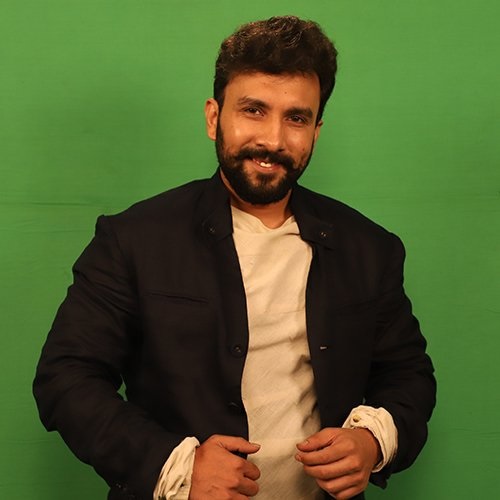 Nandini Rai :
Nandini Rai, formerly known as Neelam Gouhrani, is a Tollywood film actress, model and the winner of the Miss Andhrapradesh title of 2010. After modelling, she went to pursue a career in acting. 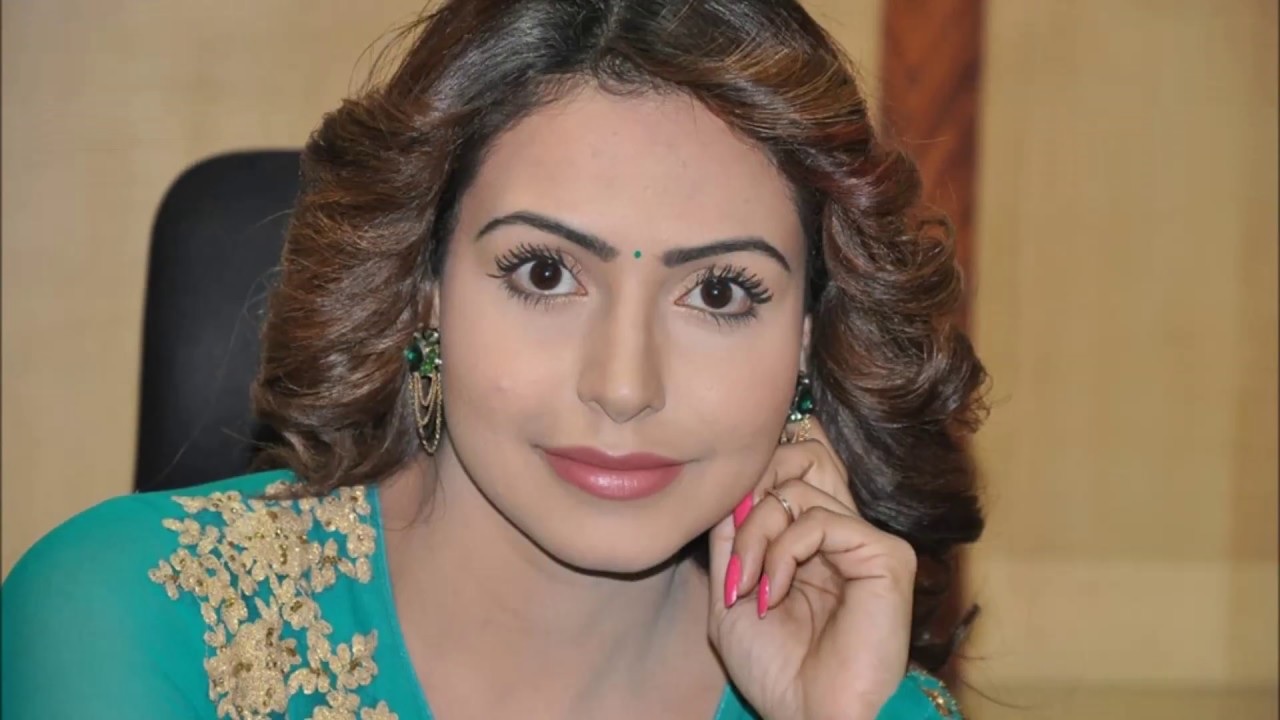 You can vote for your favourite contestant by giving a missed call to the number.