Bigg Boss is a Malayalam reality show aired on Asianet. 16 contestants would be locked up in one house with 60 cameras monitoring them round the clock with none other than superstar Mohanlal as the host. Full on drama assured.

Viewers can save their favourite contestant by casting their votes online. Viewers have 50 votes per day. Voting ends midnight, every Friday.

Voting Modes:
The viewers interested in the poll can participate by choosing any of the two (2) mechanisms as mentioned below and shall be subject to the respective mechanisms requirements and rules.

A viewer interested to cast his/her vote, by using Google Voting Mechanism, will be subject to the following

Step-2 : The search results will list the Participant’s names. 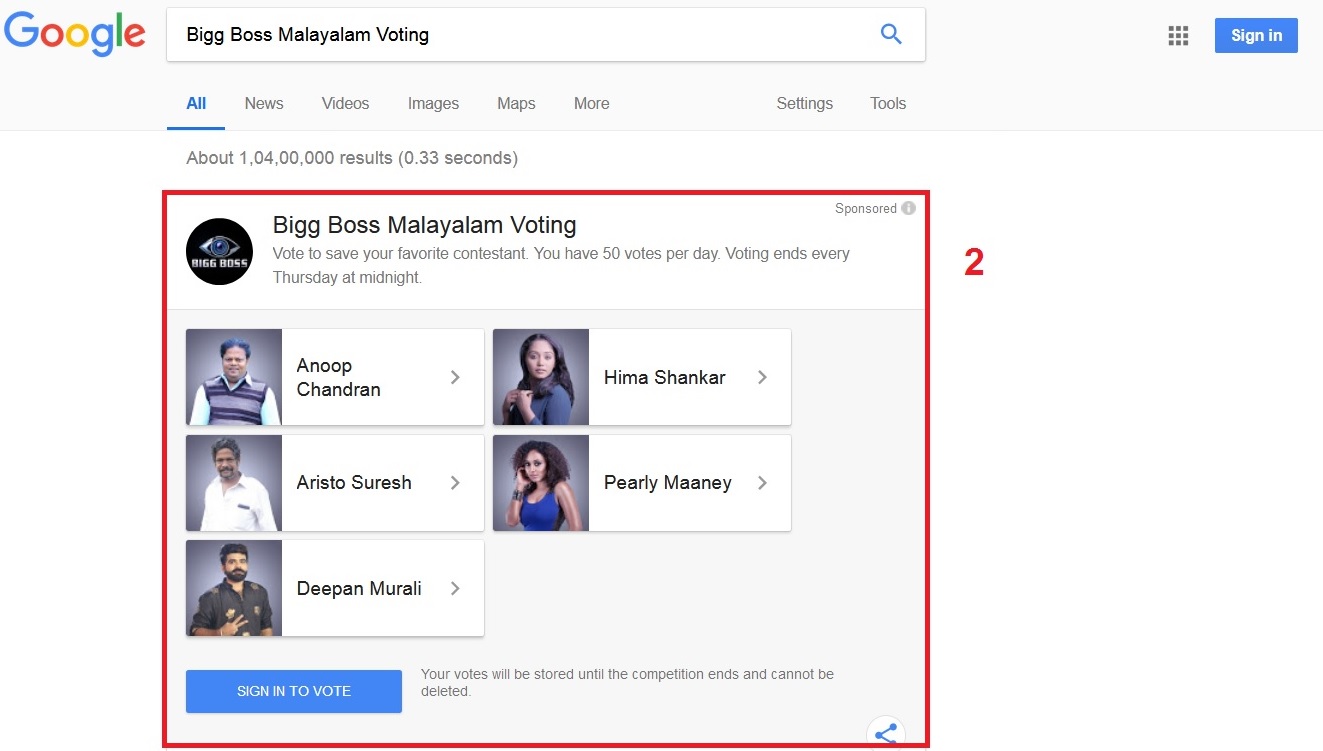 Step-3 : The viewer has to cast his/her vote against the desired Participant’s names to save his/her from eviction. 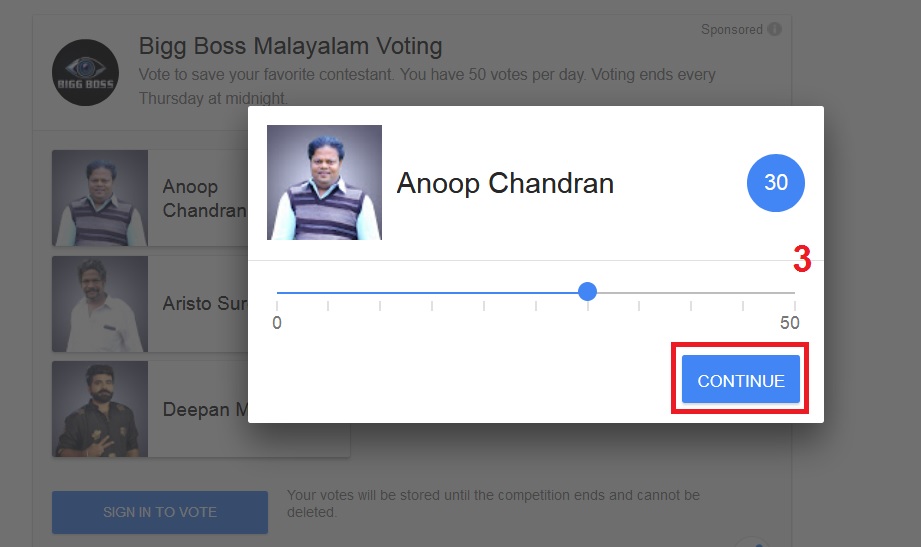 Note :
Only a maximum of 50 votes per Day for each Gmail id, will be allowed through the Viewer’s Gmail account till the end of the Voting Cycle for the particular Episode, for a particular Shortlisted Participant.

The viewer can cast his/her vote for saving the Shortlisted participant, he/she desires of the particular episode of the program, by dialing the number assigned for each participant and registering their vote through a missed call.

The number assigned for each participant shall be as under :

Note :
Only a maximum of 50 votes will be allowed per Phone Number during a Voting cycle.

Watch all episodes of Bigg Boss on Hotstar

The house is well-furnished and decorated. It has all kinds of modern amenities, but just two bedrooms, living area, kitchen, store room, smoking room, and four toilet bath rooms. There is a garden, pool, activity area and gym in the House.

There is also a Confession Room, where the housemates may be called in by Bigg Boss for any kind of conversation, and for the nomination process. The House has no TV connection, no telephones, and no Internet connection.

** They are not supposed to tamper with any of the electronic equipment or any other thing in the House.
** They cannot leave the House premises at any time except when permitted to. They cannot discuss the nomination process with anyone.
** They cannot sleep in the day time. Also they need to wear mike all the time and speak in only Malayalam language.
** Sometimes, the housemates may be nominated for other reasons, such as nomination by a person who has achieved special privileges (via tasks or other things), for breaking rules or something else.
** If something is very serious, a contestant may be evicted directly.
** All the rules have never been told to the audience, the most prominent ones are clearly seen.
** The inmates are not permitted to talk in any other language than the Malayalam.

Contestants are nominated every week by their housemates. Viewers cast their vote in favour of the contestants they would like to save from eviction. The contestant with the least number of votes is evicted from the house.