Super Singer Junior (the search for the sweet voice of Tamil Nadu) is a reality show hosted by Vijay TV, a popular Tamil channel of the Star Network.

It is a singing talent hunt for the children of age group 6–15. Young children showcase their unique singing talent in different rounds and the best performers advance to the next level, eventually to win the title.

Children of age group 6–15 can participate in the Audition

Auditions are held in various parts of Tamil Nadu, India. 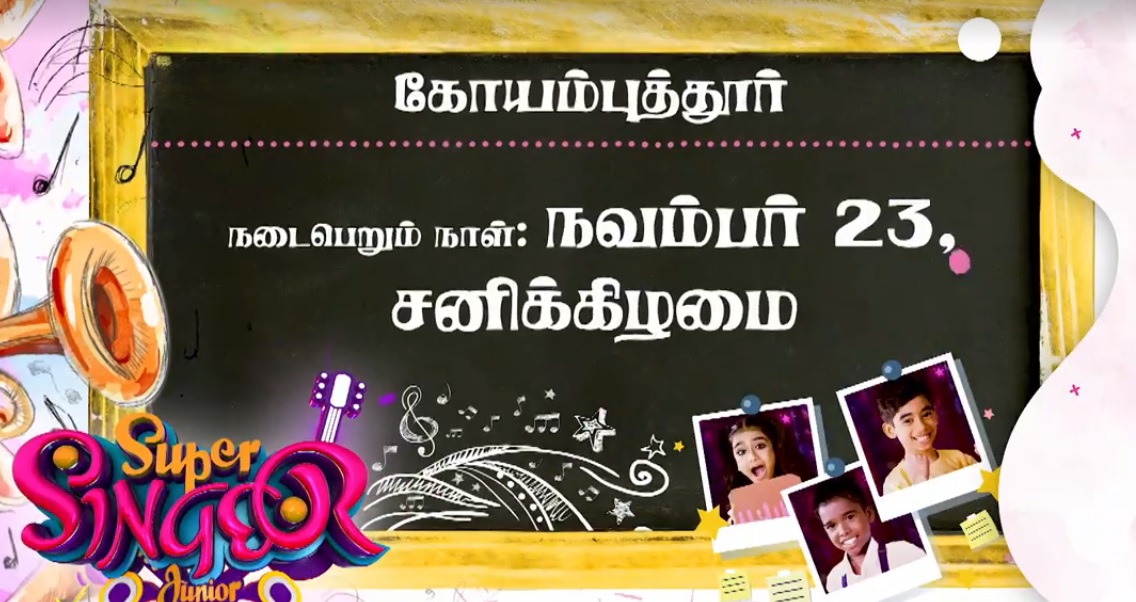 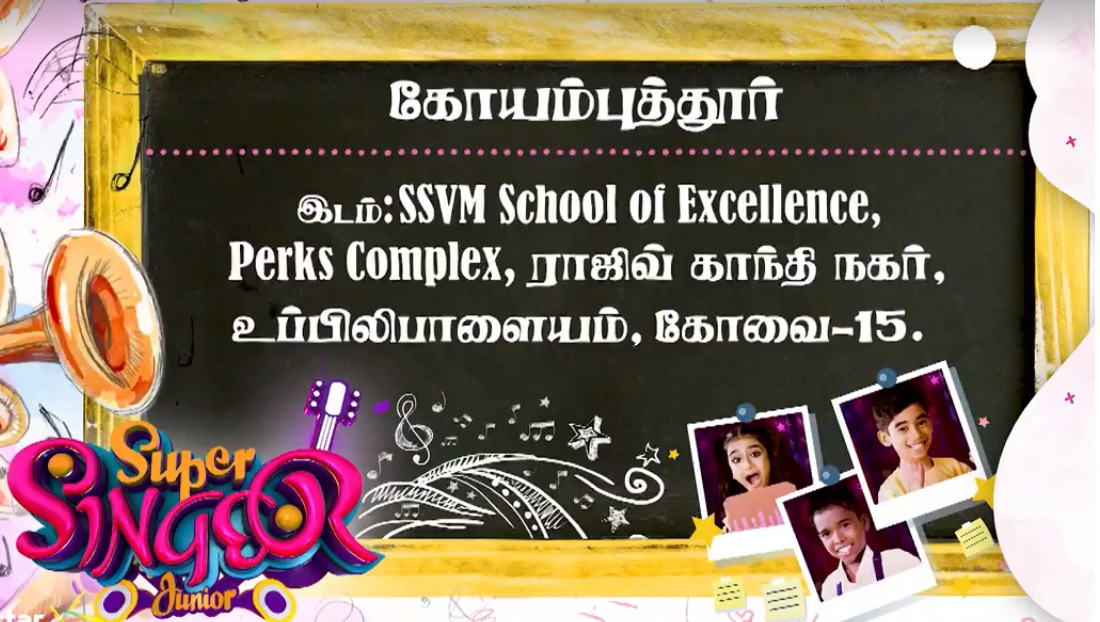 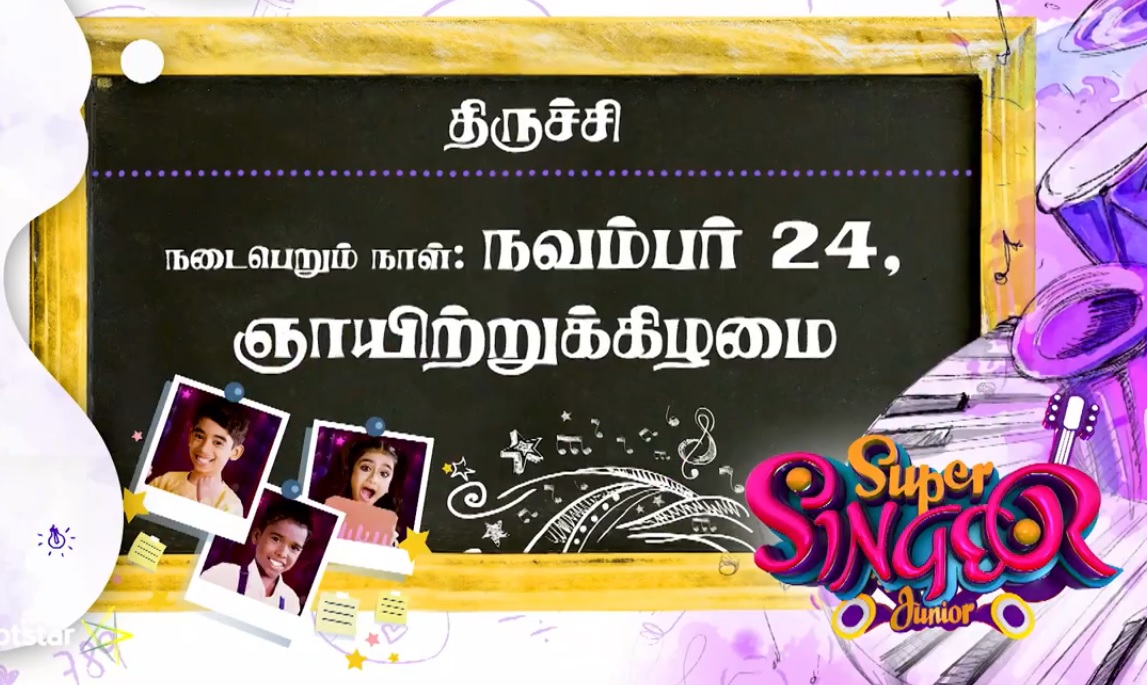 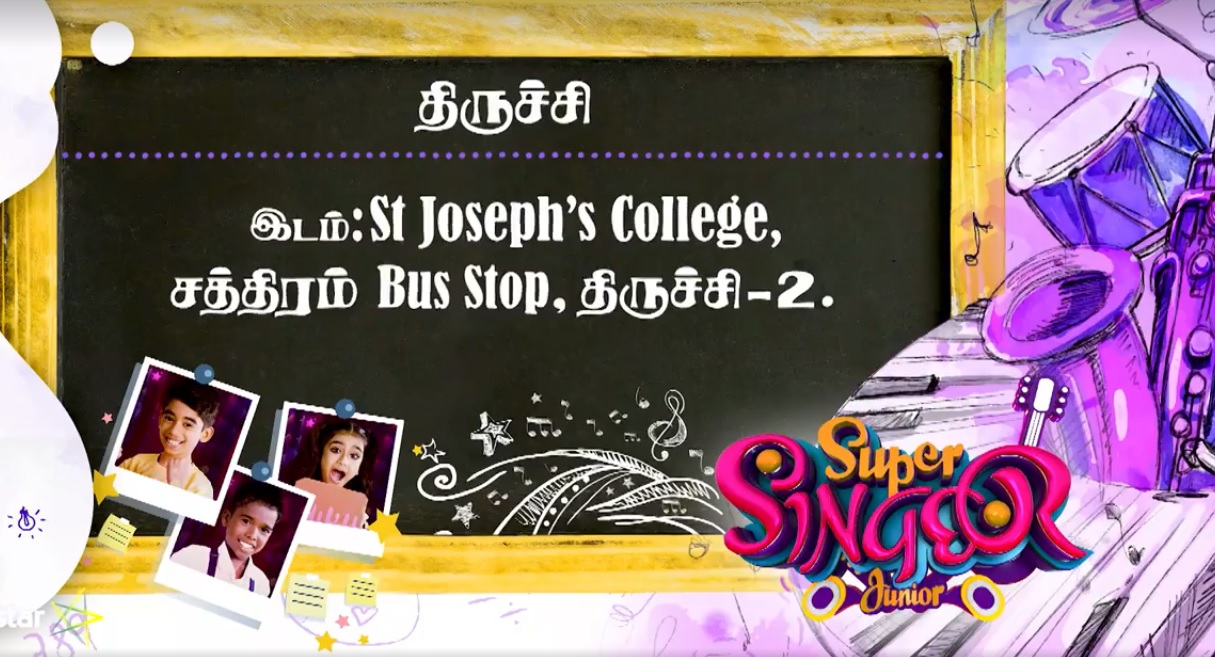 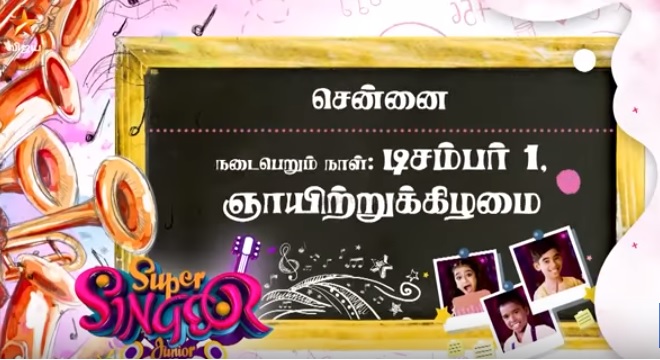 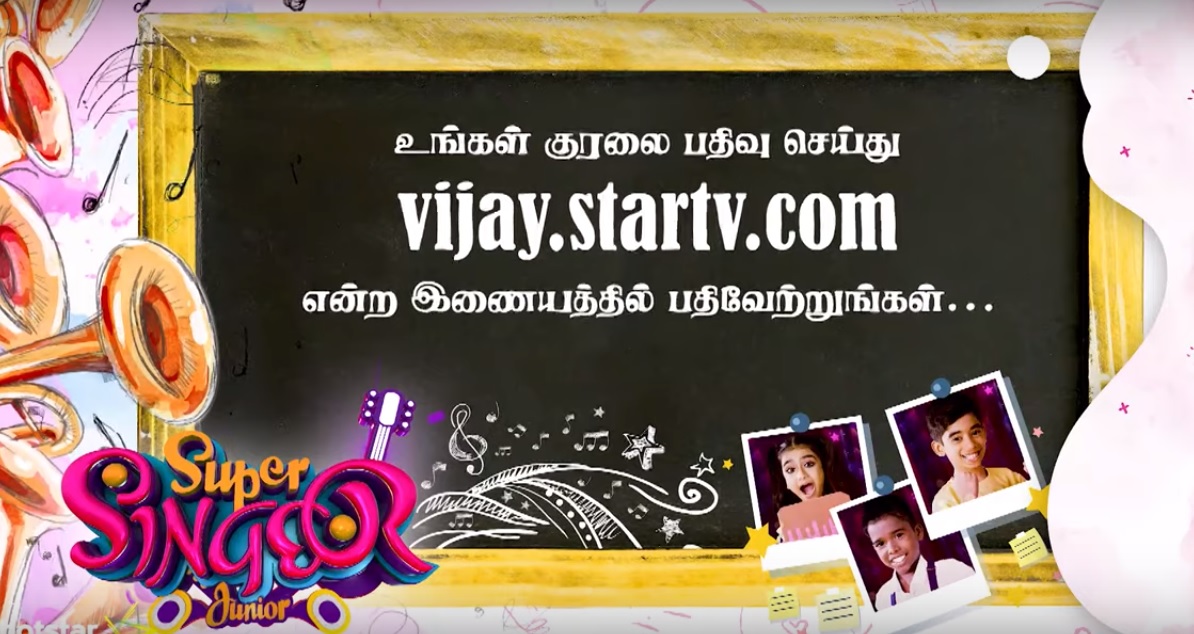 Step 3 : Fill the audition form with the required details and upload your voice.
Step 4 : Finally click on “Send” button

Season 1 :
The first season of the show premiered in 2007 and was hosted by Chinmayi. Of the many kids who auditioned for the show, 25 were selected to go on to the stage show, which consisted of a variety of interesting rounds.

The judges at the studio were K. S. Chithra and Usha Uthup. Krishnamoorthy emerged the winner after a hard fought finals with an equally brilliant Vignesh, who had an amazing flavor for folk. The other finalists were Saicharan and Aparna (who won against “Madhumitha Shankar” in the wild card round) who also gave a very tough competition.

After the show’s conclusion, finalist Saicharan and semi-finalist Madhumitha Shankar went onto compete in seasons 3 and 4 of the senior version of the show. Saicharan was subsequently crowned winner of season 3 of Airtel Super Singer and chosen by music directors A. R. Rahman and D. Imman to sing in the films Godfather, Manam Kothi Paravai, and Saattai.

Season 2 :
The first episode of the season premiered on 15 July 2009, and episodes were telecast on Vijay TV between Monday to Thursday each week at 9:00pm.[2][3] Children from the age of 6 years to the age of 14 years were permitted to audition to showcase their talent on Vijay TV’s platform.

Season 3 :
The first episode of the season premiered on 17 October 2011, and episodes were telecast on Vijay TV between Monday to Thursday each week at 9:00pm. Children from the age of 6 years to the age of 14 years were permitted to audition to showcase their talent.

Apart from gaining recognition from acclaimed names of the music industry and being a child singing icon, the show promised that its winner would be honored with a 3-bedroom townhouse worth Rs.60 lakhs from its season 3 sponsor, Arun Excello Home Pvt Ltd.

The winner of the title ‘Airtel Super Singer Junior 3’ was Aajeedh Khalique, and second place was collected by Pragathi Guruprasad. The third place went to yazhini

Season 4:
The fourth season of the Airtel Super Singer Junior show premiered from 31 March 2014. Children from the age of 6 years to the age of 14 years participated in the first leg of the auditions from across the state of Tamil Nadu.

The show promised its winner a townhouse worth 70 lakh rupees from Arun Excello Temple Green Township,and 1 kilogram of gold would be presented to the runner up by NAC Jewellers. The show is hosted by Ma Ka Pa Anand and Priyanka Deshpande and directed by “R.K”

At the finals, Prithika was the title winner and won a 40 lakh worth apartment. Bavin was the first runner-up, winning 5 lakh worth car as prize. Gowri was the second runner-up and got 3 lakh cash prize.