Vandi is an upcoming Tamil movie starring Vidharth and Chandini Tamilarasan in lead roles. The audio launch is set to happen on 8th September, coming Saturday.

The team is conducting an exclusive contest named ‘Enaku Vandi Venum’ via Galatta.com. Get a New Vandi for Rs.0 #GalattaVandiContest and win a #Vandi. 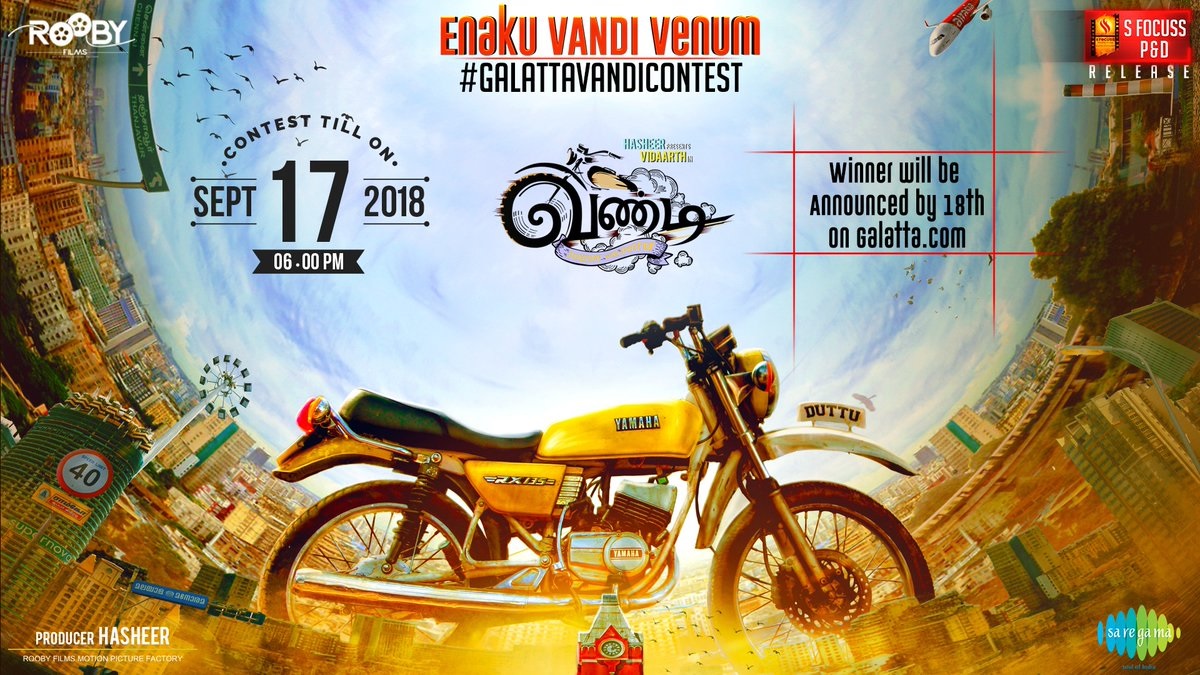 It will end on 17th September and the winners will be announced on Galatta.com on the next day. 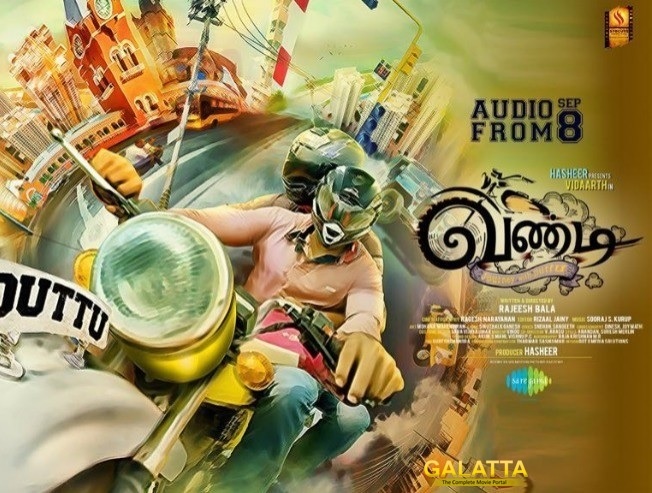 About Galatta.Com :
Galatta is your news, entertainment, music fashion website. We provide you with the latest breaking news and videos straight from the entertainment industry.

About Actor Vidaarth :
Vidharth is an Indian actor, appearing in Tamil films. He started his career in 2001 doing uncredited roles. His first major role was in Thiruvannamalai, where he played villain, but his next release Mynaa became a huge success.

About Actress Chandini Tamilarasan :
Chandini Tamilarasan is an Indian film actress who has appeared in Tamil and Telugu language films. She made her debut in the lead role in K. Bhagyaraj’s Siddhu +2, before signing to play roles in Naan Rajavaga Pogiren and Padithurai.