Super Mom is a brand new game show for moms and their kids, where they indulge in various fun games and activities together!

The contestants / participants of Super Mom show are popular tamil television actress along with their children. 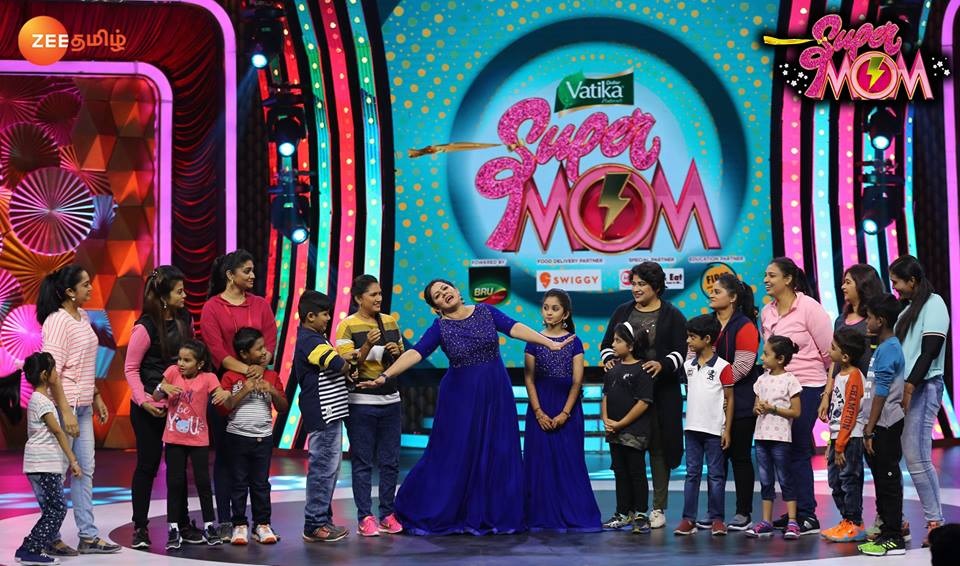 Viewers can cast their vote via mobile phone by giving missed call to favourites. To know missed call number details for you favourite contestant, check out below.

Laddu Krithika is an Indian Actress, who predominantly works in Tamil film and Television industry. She made her acting debut in the Tamil television serial “Then Nilavu“, directed and produced by Thirumurugan. She has appeared in some well known television serials such Then Nilavu and Ponnunjal.

Her performances in “Chennai 600028 II” were lauded by critics and it is one of the Best films of the year 2016. Kruthika currently doing the supporting role in Zee Tamil Serial Poove Poochudava serial along with Dinesh Gopalsamy and she is best known for her role as Meenakshi (Meenu Kutty) in the serial.

Monica is one of the news reader attain name Vaanilai Monica. She debut with tamil movie Thiruvilaiyaadal Aarambam along with dhanush. She appeared in some of the serials Apoorva Raagangal, Deivam Thandha Veedu and Valli. She currently acted in Sun TV roja serial as supporting character. She was also part of Maanada Mayilada Season 6.

Jayashree is one of the title winner of kalaignar tv dance reality show maanada mayilada season 1 and she acted in several serials like pavamanippu, unarvugal and she become fame in sun tv vasam serial as roja character. She was the well trained bharatanatyam dancer and got married to serial actor Ishwar Raghunathan.

Winner :
The winner of this game show will be crowned as the “Super Mom”.

Show Hosted By:
The show is being hosted by vivacious anchor Archana Chandhoke, and her daughter Zara who is making her debut with this show.