You are here: Home > Television/TV > Zee TV
All posts from zee5.com

ZEE Keralam presents Dance Kerala Dance, a dance show where talented dancers showcase their dancing skills on the grand stage. Dance Kerala Dance will have 12 contestant couples, 1 grand event, a combination of dance shows by celebrities and actual dancers, sub-events, and dance challenges throughout the show.

Dance Kerala Dance will have a panel of experts as judges, with the public getting a chance to vote and save their favourite contestants.

Dance Kerala Dance is airing from 8th December 2018 every Saturday and Sunday 8:30 Pm

Priyamani, Jai and Jude are the judges of the show while actress Shilpa Bala is hosting the show. 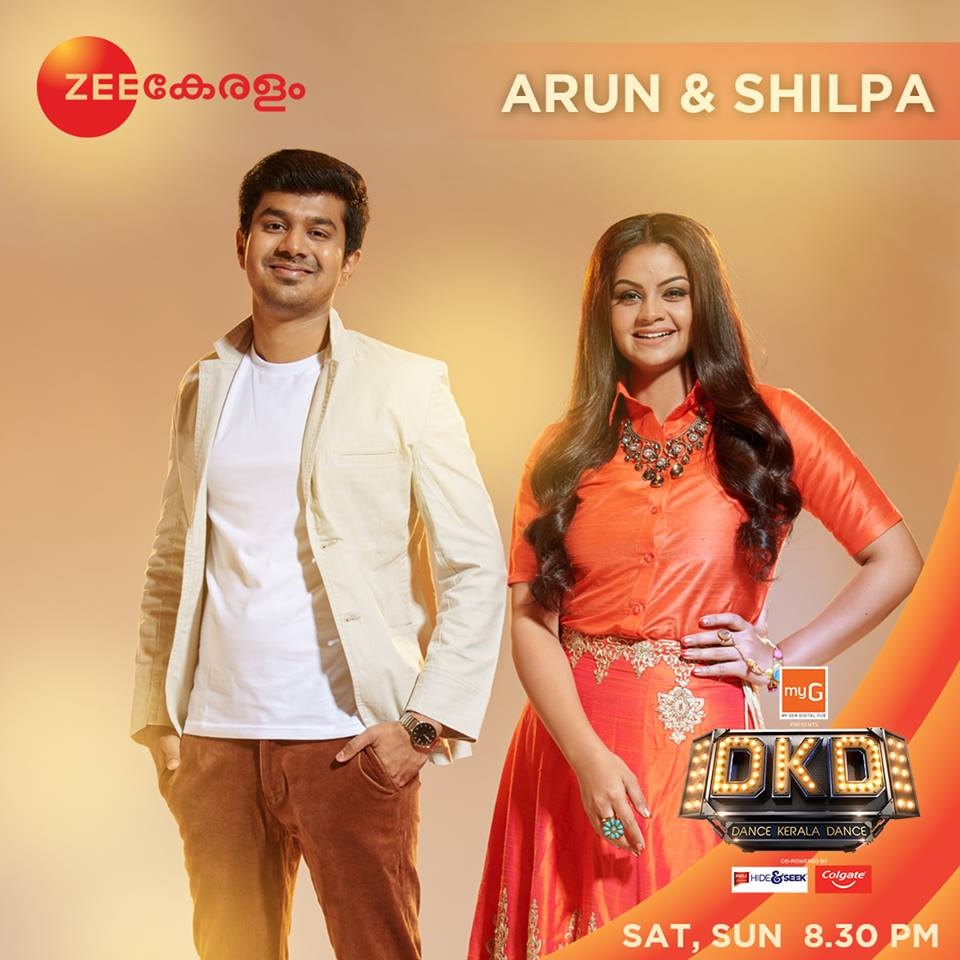 Amrita VT:
Amrita is a self-made person. She dropped her studies at the age of 11( 6th Standard)because of the financial issues. Amrita lost her father at a very young age and mother passed away 2 years back. 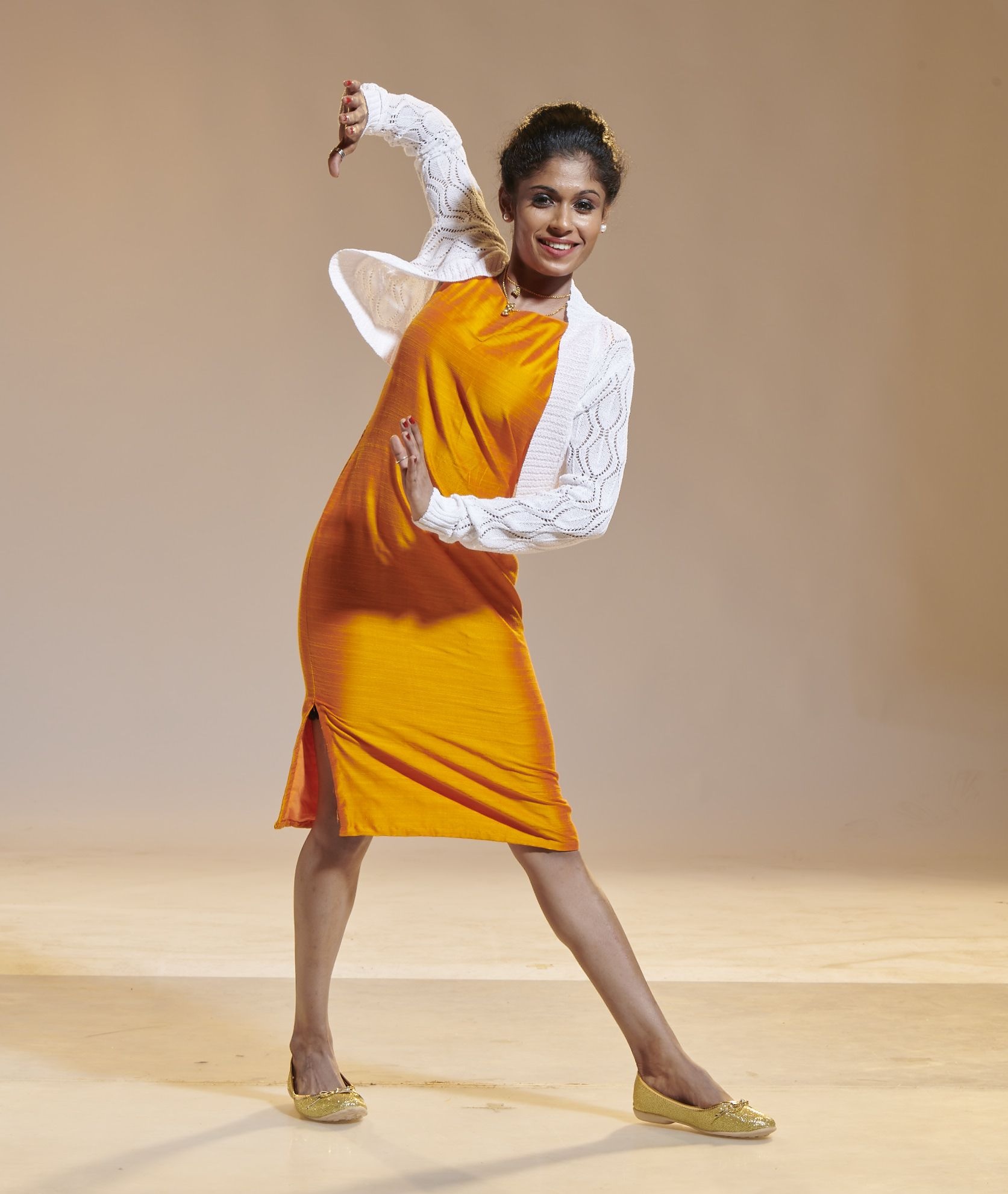 She has 3 elder sisters who are married. Amrita takes care of her house through her passion.It was her mother’s wish to see her dancing on a floor like DKD. As the competition is getting tougher her perfomances in every episode have shocked the judges seeing a drastic improvement in her.

Aparna Sunil:
Aparna hails from Kollam. She specializes in western forms .Aparna is good with her expressions.She is quick learner and loves to explore new dance forms. Aparna is very flexibe in her styles. 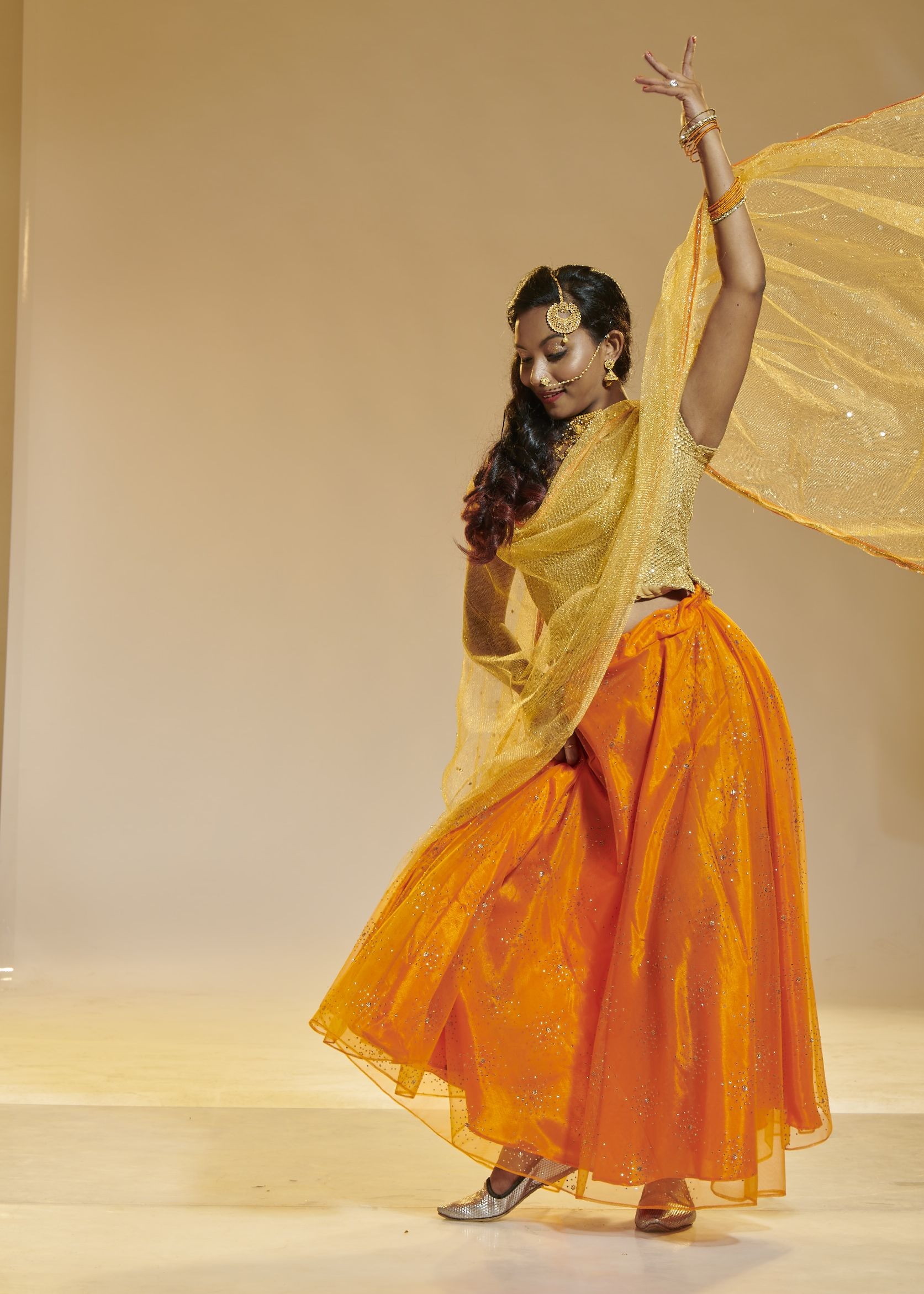 Aayush:
Aayush love to act other than dancing. He is known for making dub smash videos .He is the youngest contestant of DKD and have good stage presence. 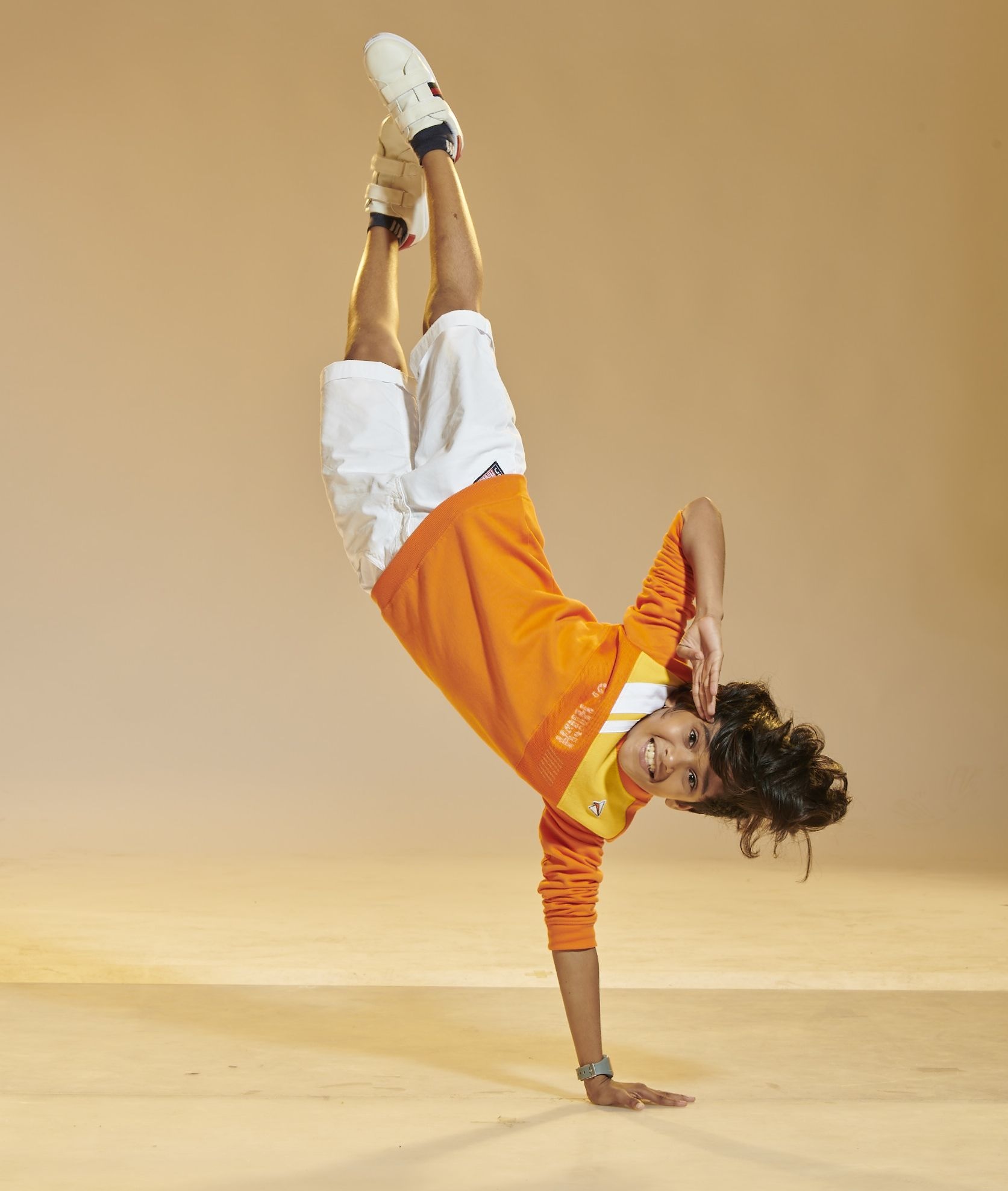 Preetha:
A young energetic girl from Chennai who is dedicated to dance. She has participated in many television dance reality shows (DANCING KILLADIES of ZEE TAMIL etc.) She has been constantly trying to show versatalities in her performances.Other than dancing she like acting and anchoring. She is a trained classical dancer. 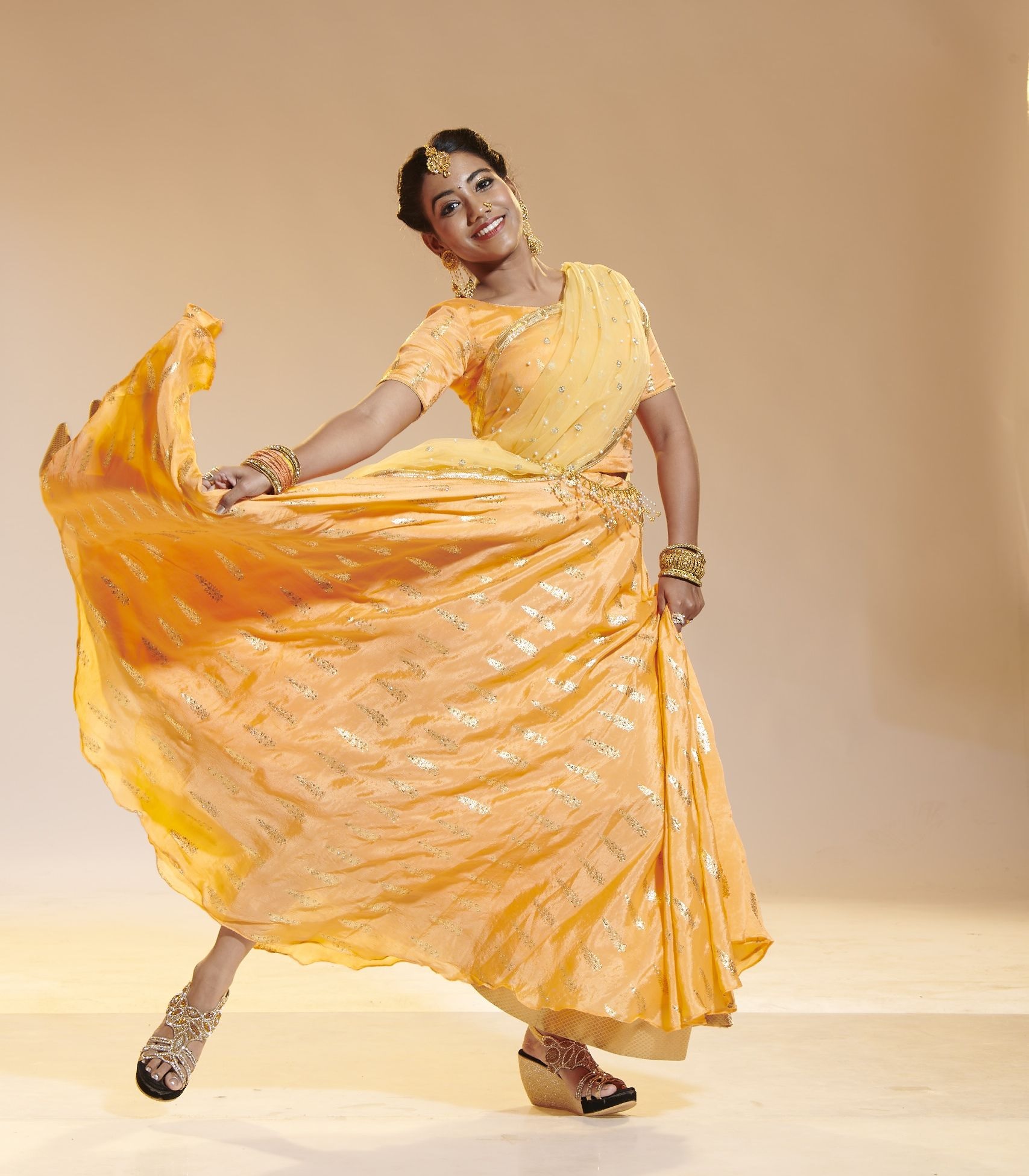 Nikhil Vijayalakshmi:
Hails from Palakkad. An extraordinary performer, he has his own style of dance. His expression and dance has won the hearts of many.Nikhil belongs from a struggling family.His father passed away and his mother is a cancer survivor.He is very dedicated and sincere to his performance. 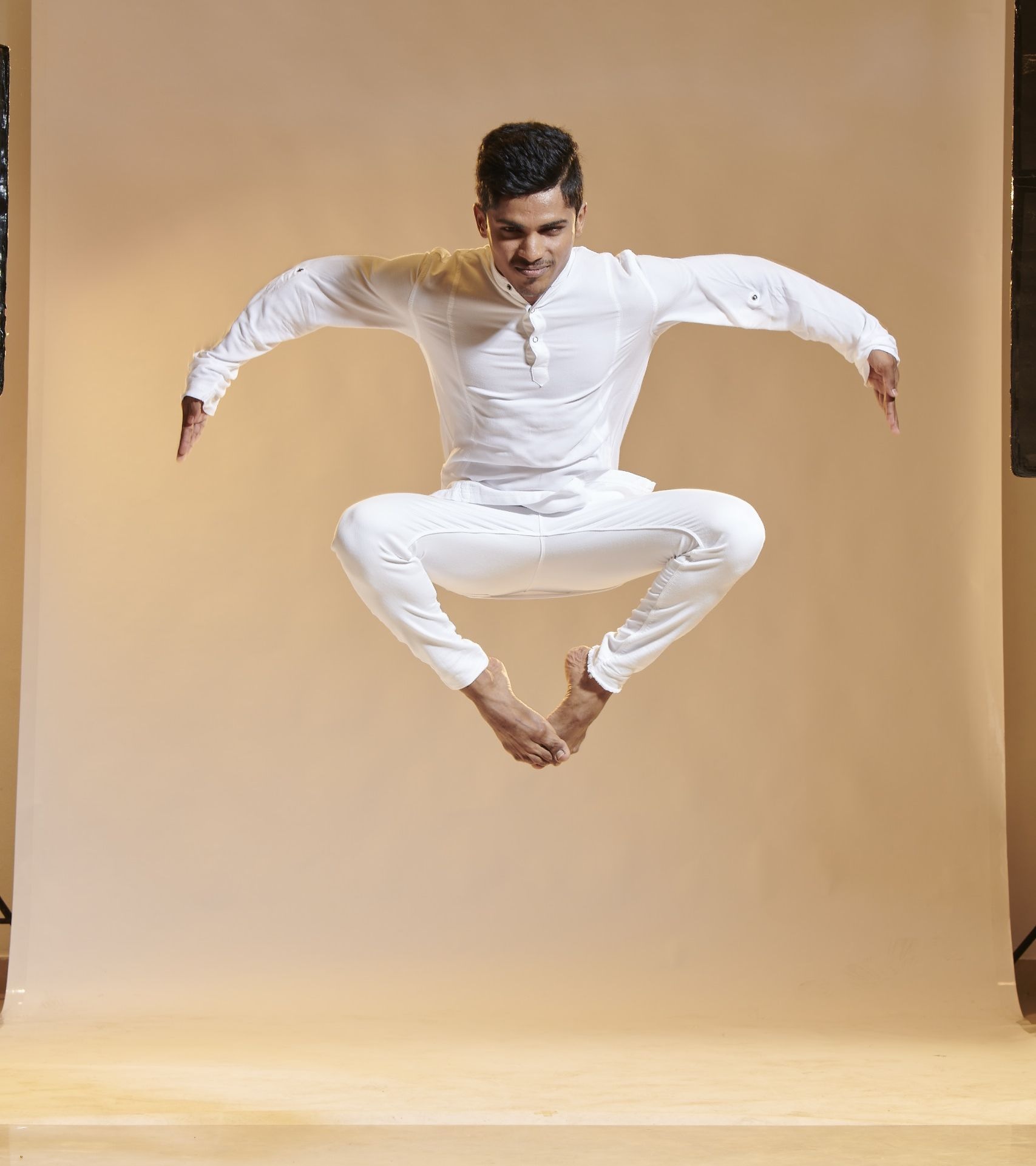 He practices dance and teaches his friends. His mother is his best friend. He takes care of his family through teaching dance. He always wants the world to recognize him as ‘NIKHIL VIJAYALEKSHMI”.

Avinash Ashok:
Avinash is a dancer, actor. He has participated in many television dance shows. Avinash is the finalist of Dance Jodi Dance 2.0. He wants to prove himself as a dancer and to get into the Malayalam industry through DKD.

Nayana Josan:
Nayana’s life ambition is to start up a dance studio. She participated in Super Jr in 2007 and won 4th prize. Nayana is always a known face in school and college kalolsavam. She likes acting and have acted as child artist in few movies. Nayana’s sister Nandhana and her grandmother is her moral support. 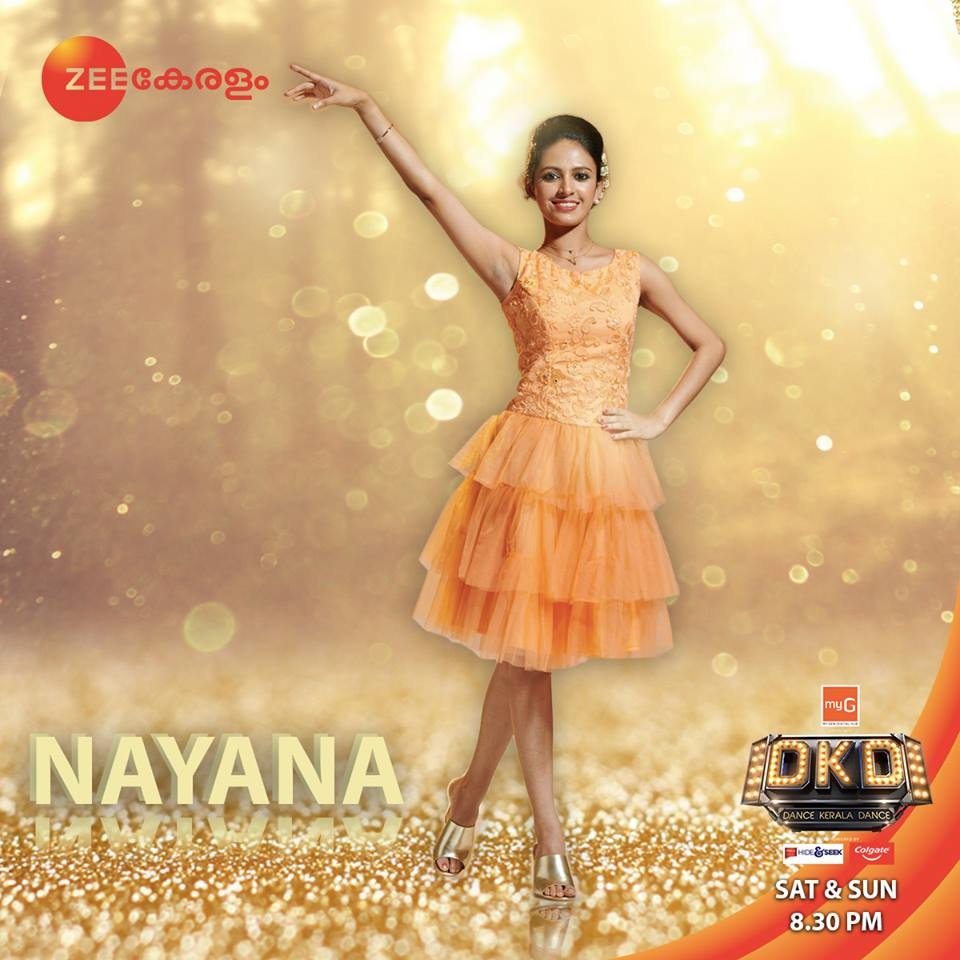 Prasad:
Prasad is proving that dance has no age. He owns a flower shop in Kollam. He is a diehard fan of MJ and he named his flower shop as Michael Jackson flower shop. He started to dance since 1987 and still continues his passion. 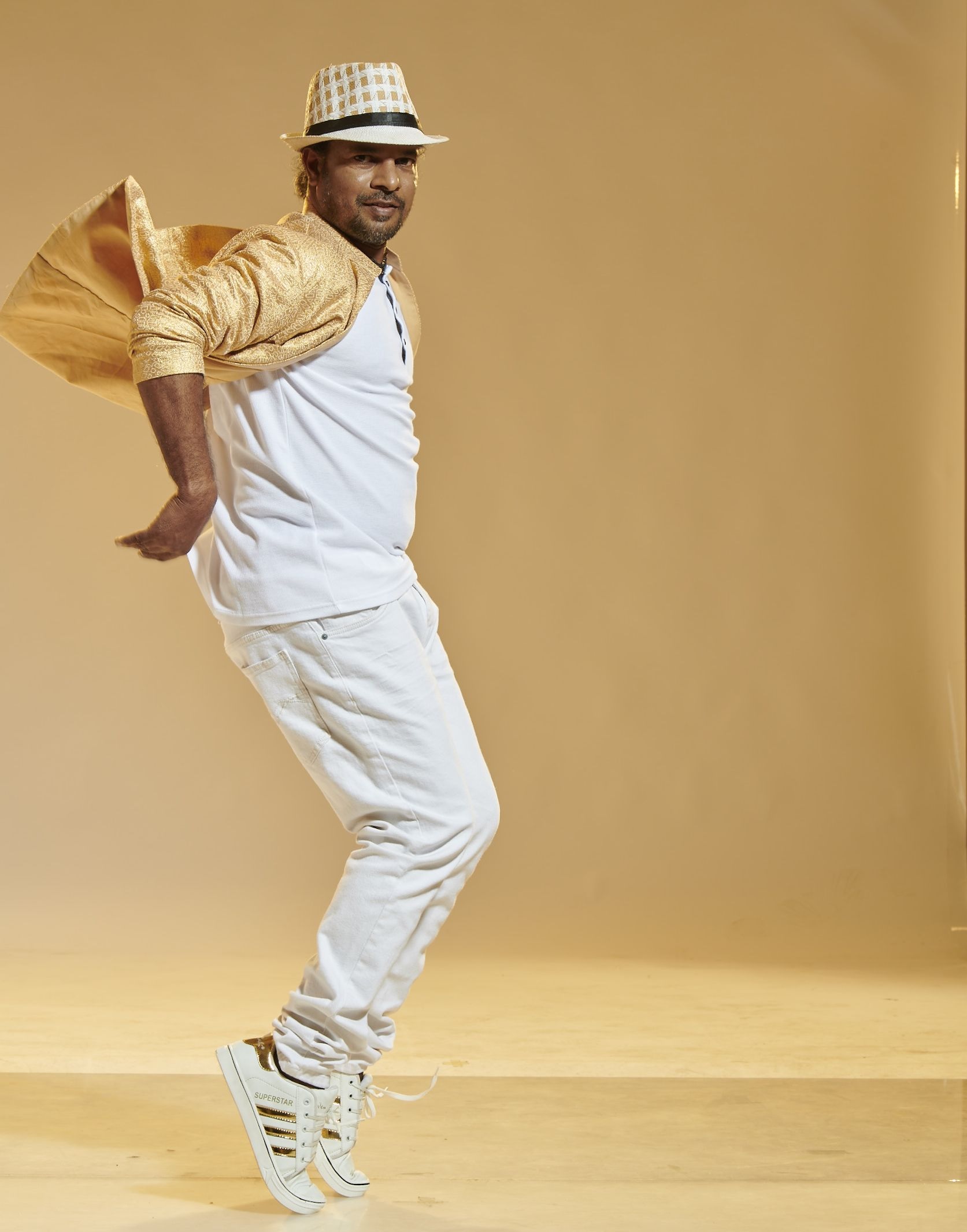 Till now he is not recognized by anyone. He performs for local functions in his locality which made him famous in his area . Daily he wakes up at 5 am and practices. His perfomances has left the judges and the other contestant speechless being the oldest one in DKD.

Manoj Manu:
Manoj is a very hardworking and innocent person. His support and strength is his mother.Manu dropped his studies in 12th grade so that he can earn for his families living. Manoj learns different dance style from different master instead of one. He supports his family by going for labour work. 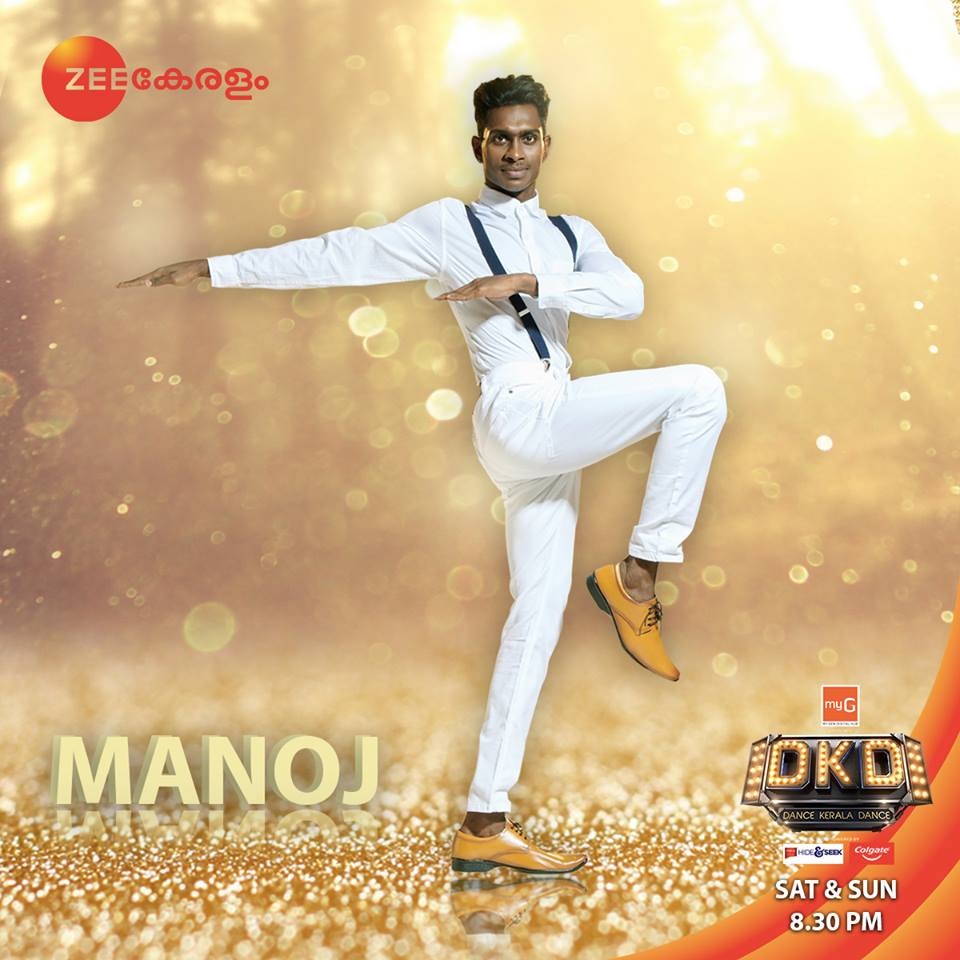 He considers DKD as a platform to showcase his dance talent.He is from Trivandrum and one who has native slang and his own styles ; he is one entertainment package of DKD.

Asneesh:
He hails from Kannur. Asnesh is a person who holds Kerala’s traditional art forms in heart. He is a Theyyam artist. But through DKD he is proving that he can do other styles of dance forms too.Asnesh’s father is a classical dancer. Everyone in his joint family is associated with different art forms. Other than dance and Theyyam he plays Chanda and Jazz. 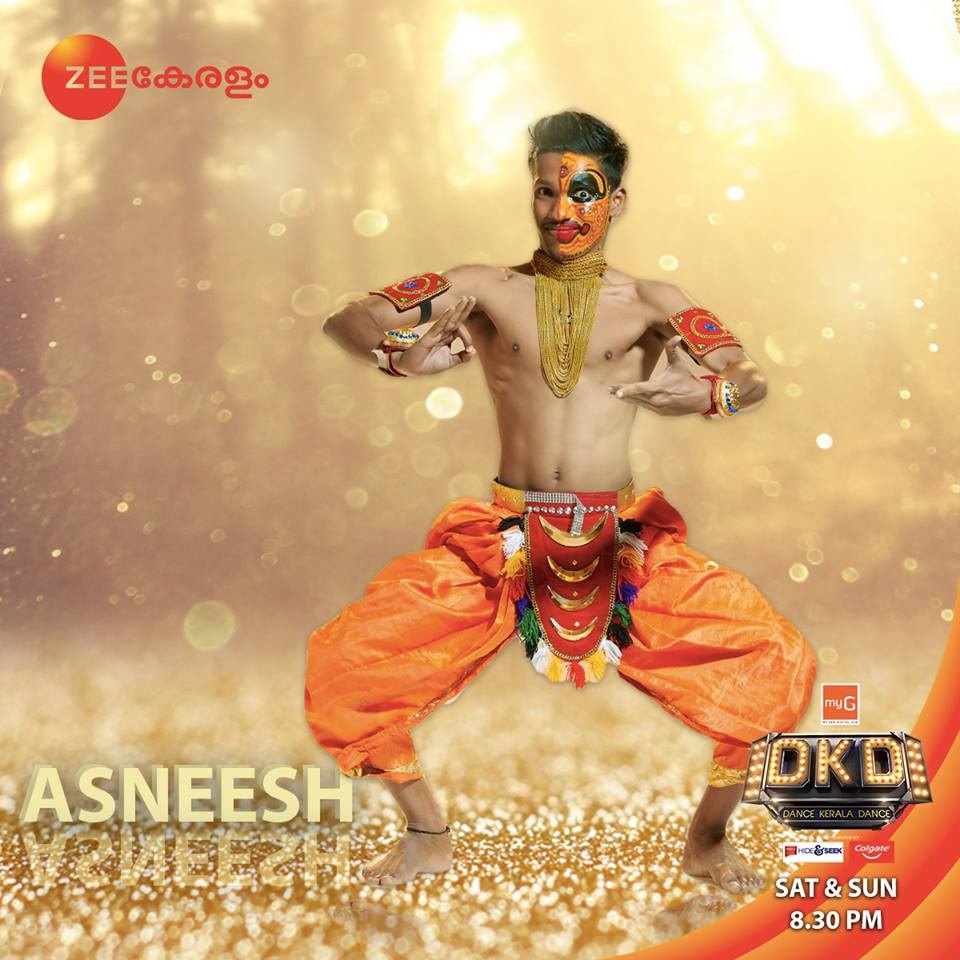 Sufail:
Sufail is a lab technician by profession. Sufail’s main attraction is he can do Flipping for a long time and he is good at gymnastics. It’s his passion and dream to be in a reality show. His father passed away. Sufail is taking care of his family through doing various job like going for catering, teaching dance. Sufail is been supported by his younger brother? 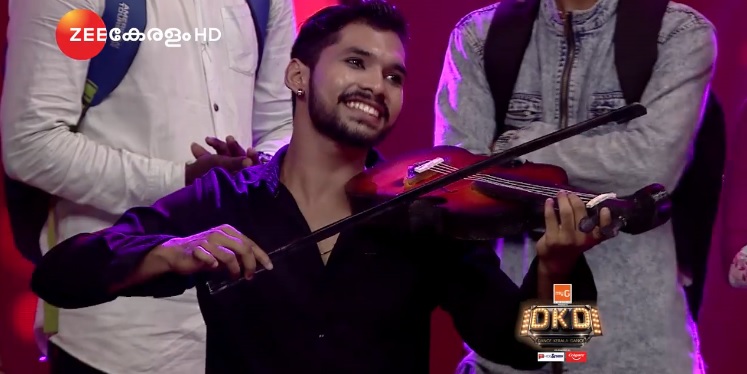 Muhammad Zamroodh:
Zamroodh hails from Calicut.With no doubt we can say that he is the “king of expression’ and he really expresses through dance.One of the cutest and cheerful contestant.He is very energetic and active. 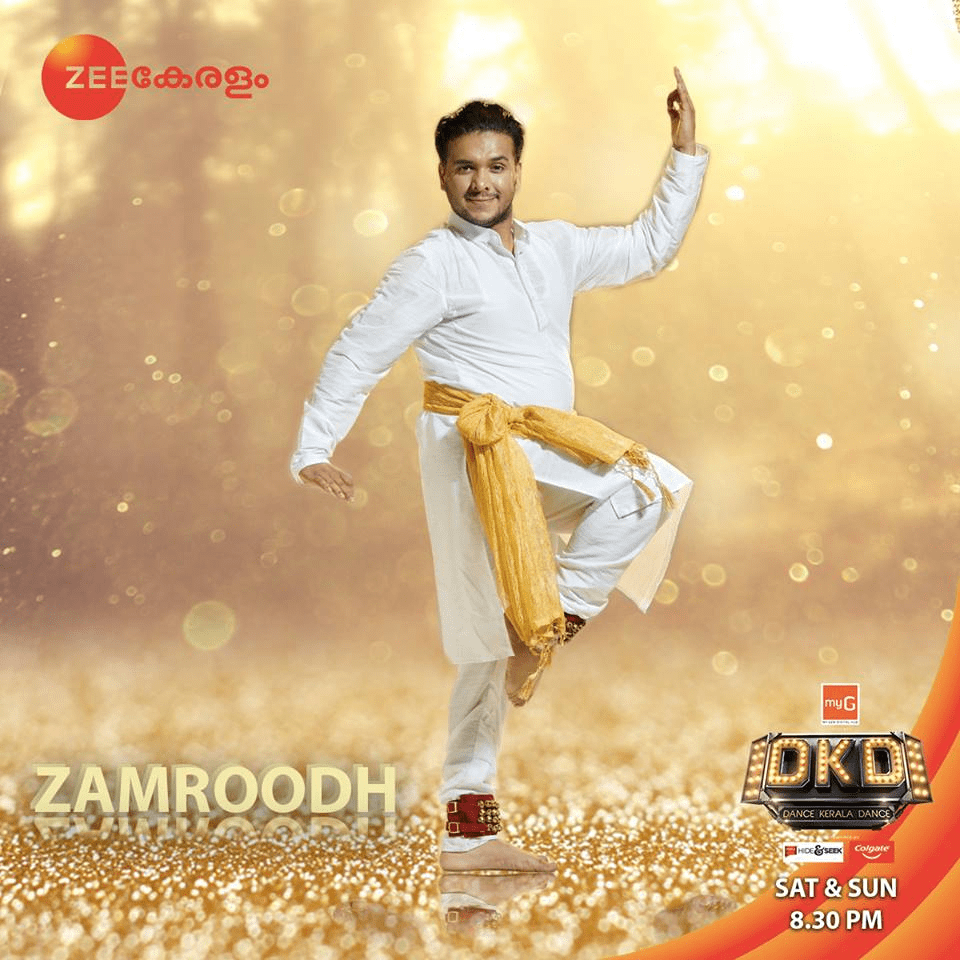 He is studying dance from past 8 years. Zamroodh is the semifinalist of Super Dancer Junior 5. He learns and teaches dance in Jobin George’s dance academy.