You are here: Home > Audition/Voting
All posts from

It all started with the Talent Hunt Show! “Naalaya Iyakunar” is produced by “JV Media Dreams” to find the most talented and aspiring Film Directors. 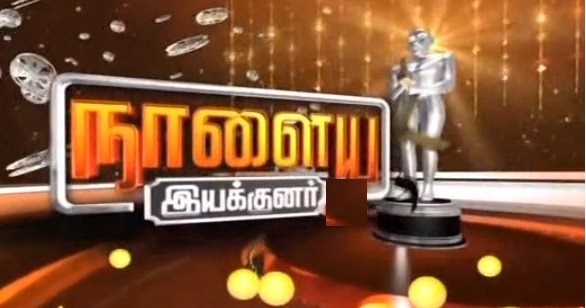 To participate in this show you have to send us your short films (No PSA and Documentaries) to us with your biodata and your contact number.

Note:
The short films can be made in any genre (Thriller, Horror, Romance, Action…., etc). It should be within 5-7 mins duration.

About Naalaya Iyakunar:
Naalaya Iyakunar was well received among the audience anad by the entire Tamil Film Industry. This show has bagged best television program award in the year 2010 .

The year 2012 witnessed promising new directors who were identified through this program, entering the Tamil film industry with their debut films which received both commercial success and critical acclaim.

Director Balaji Mohan have proved his talents through participating in Naalaya Iyakunar, and got a chance to direct “Kaadhalil Sodhapuvadhu Eppadi” his first full length feature film.

Karthick Subbaraj who participated in Naalaya Iyakunar explored various stories through short films, which gave him a great opportunity to give a Block Buster movie “ PIZZA “

Nalan kumarasamy who won the title in season one is now directing a feature film named “Soodhu Kavvum”. Likewise the upcoming hero Vijay Sethupathi was also acknowledged for his histrionics through

Naalaya Iyakunar. JV Media Dreams has and continues to introduce numerous talented young Directors through Naalaya Iyakunar to film industry We thank our friends and well wishers from the press and media for having believed in us and giving us your full support and encouraging so far. We request you to continue supporting us in our new journey.