This Contest shall be conducted on every Monday during the episode/programme telecast from 20:00 hours to 20:30 hours Indian Standard Time (IST) for a period of 5 (five) weeks starting from 18th November 2019 to 16th December 2019. This Contest will be aired on History TV18 during the Term.

The Contestant can participate in this Contest in the following manner:

Step-1: The Contest question will be aired on HISTORY TV18 during the episode telecast.

Step-2: Contestants who desire to participate in the Contest will have to WhatsApp on the number 9321550055 or any other number, which will be flashed on the screen during the telecast of the episode.

Step-3: The Contestant will need to send the response/answers on the whatsapp number which will flash on the screen during the telecast of the episode.

Step-4: HISTORY TV18 will access the entries/responses received during the Contest and will randomly select one (1) winner amongst the correct response received, each week.

Step-5: Prize: The winner (one) of each week will get HISTORY TV18 Merchandise (decided at sole discretion of AETN18) which will be couriered to them. 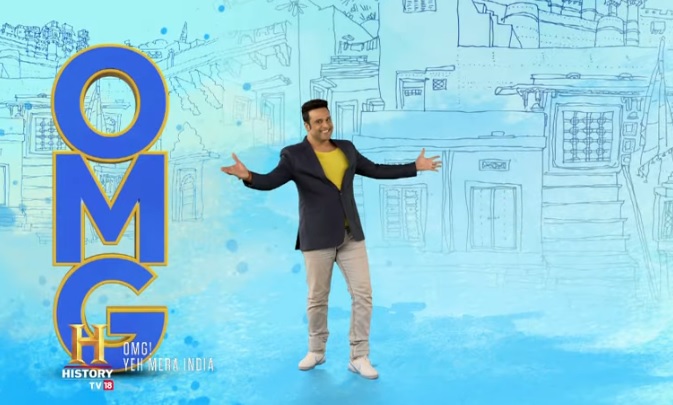 Please note that from all the Contestants who have sent the correct answer, One (1) winner will be selected via a computerized random selection process (“Winner”).