You are here: Home > Audition/Voting
All posts from voot.com

** The Show is open to all individual participant who shall, as on start date of the Show Period
** Be at-least eighteen (18) years old or above in age
** Shall have a valid proof Indian citizenship;
** Be permanent residents of India;

The On-Ground Participants shall be eligible to participate only on the day of the Auditions which is 5th January (Delhi) & 7th January (Chandigarh) 2020.

Participation in the Show by Voot Participants shall commence on 1st February 2020 at 9am and shall continue for a period of six (6) months to on conclude on 31st July 2020 at 11:49pm or any other date or time as decided by the Organizer 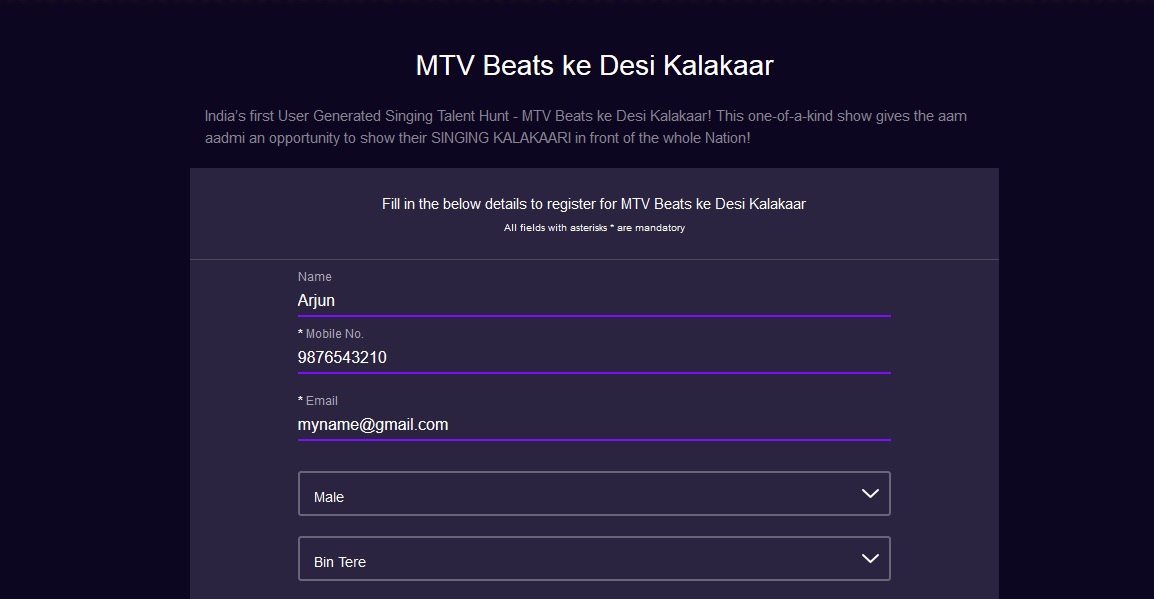 Gratification 2:
The Winner who has performed in the Super Winning Video shall get an opportunity to be featured in a music video with any of the mentors of the Show.