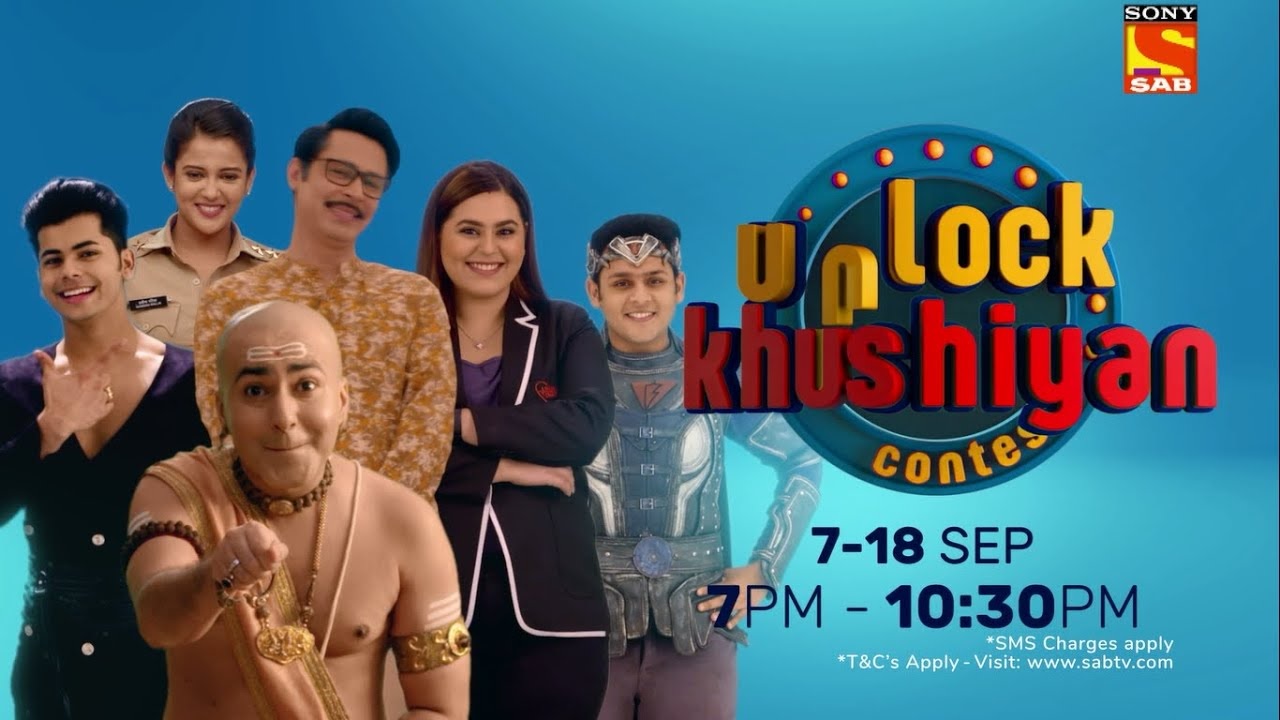 ** Mon – Fri, 7pm – 10:30pm, every Half hour a 3 digit alphanumeric code will be shown on air in the episode
** Participants have to spot the alphanumeric code on the screen and SMS the correct alphanumeric code and the name of the show that the alphanumeric code appeared in, on the number ‘970244 4420 during the time slot of the show only.
** Any entries made after the time slot will not be accepted.
** A viewer can participate across all the shows and send in as many SMS entries as they want.
** SMS charges might be applicable as per the network provider of the viewer and the viewer will have to bear those charges themselves
** 5 lucky winners stand a chance to win a prize of 5000/- cash voucher every half hour
** Winner will be chosen by a randomiser method from the total no of correct entries received every half hour
** For every SMS entry received, SPN will donate 1 rupee to the NGO – Save The Children India 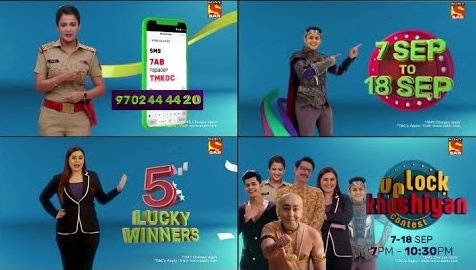 ** Each code generated will be valid only for during the timeslot of each show during the primetime slots it appears in (For Eg. 1st code will be valid from 1900-1930, 2nd code from 1930 – 2000 etc.)
** The SMS entries for each show will be ratified against a list of catch phrases for each show, which SPN has, along with the code to decide if an entry qualifies to be correct or incorrect.
** Correct Code Correct Show name (1 out of the list of catch phrases shared) will be qualified as a right answer
** Correct Code Incorrect Show name will not be qualified as a right answer
** Incorrect Code Correct Show name will not be qualified as right answer
** Incorrect Code Incorrect Show name will not be qualified as right answer
** Only the SMSes received during the duration of the validity of a particular code will be considered as valid entries for the contest.
** Every half hour, the unique valid entries will be run through a randomiser and 5 Winners will be chosen by SPN (total of 35 winners in a day and 350 during the contest period).
** The decision of SPN in choosing the Winners shall be by a randomizer method and/or any such other method as may be deemed appropriate by SPN and shall be final and binding on the Participants.
** One Participant is eligible to win only once in a day during the Contest Term and only twice over the duration of the Contest Term.
** The first winner SMS will be sent to the 35 winners at the end of the day I.e., around 10.30 – 10.45 pm every night in the contest duration (latest by the next day) informing them that they are the winners and asking them for their details – Name & Email Id.
** In case, the winner doesn’t respond by 12pm the following day after receiving the SMS, we will send a reminder SMS asking them to share the details by 6pm or they will be disqualified.

** A voucher of INR 5000/- will be given to 5 Winners every half hour during the duration of the contest.
** The Prize(s) is subject to change without prior intimation
** In the event the Participant is not able to utilize the Prize or is unable / refuses to accept the same, the Prize will be revoked by SPN.

All Winners will be announced in the manner, form and within such time period as decided by SPN at its sole discretion.