You are here: Home > Quiz/Answer/Spell Bee
All posts from diksha.gov.in

1. The doctrine of Ahimsa propagated by Gandhiji refers to :
(a) Fasting
(b) Surrender to God
(c) Eternal truth
(d) Non-Violence

2. Which of the following according to Gandhiji is more important than independence?
(a) Education
(b) Sanitation
(c) Health
(d) Nutrition

3. Along with each meal Gandhiji advised the consumption of which of the following?
(a) Raw greens
(b) Boiled vegetables
(c) Unpolished cooked rice
(d) Boiled milk

5. Which natural disaster in Bihar was referred by Gandhiji as a retribution for the sin of untouchability?
(a) Earthquake
(b) Famine
(c) Plague
(d) Flood

6. In which of the following did Gandhiji encourage women to take a leading role during the Non-Cooperation Movement of 1921-22?
(a) Peasant agitation in Bardoli
(b) Picketing of liquor shops
(c) Lahore student walk out in Punjab
(d) Agitation in the tea gardens in Assam

10. Which of the following is not true regarding the activites carried out in the Sabarmati Ashram founded by Gandhiji in Gujarat?
(a) Practice of manual labour
(b) Imparting of national education
(c) Imparting of western education
(d) Practical knowledge of agriculture

11. In relation to which of the following did Gandhiji use the phrase “Post-dated cheque on a crashing bank”?
(a) Cabinet Mission
(b) Simon Commission
(c) Cripps Mission
(d) Montague-Chelmsford Reforms

13. Who was annoyed at Gandhiji’s speech at Banaras Hindu Universit) and urged him to sit down?
(a) Annie Besant
(b) Sarojini Naidu
(c) Ambikacharan Mazumdar
(d) Pt. Madan Mohan Malaviyaji

15. On Gandhiji’s suggestion which organization was formed in 1894 by the Indian community in South Africa?
(a) National Indian Party
(b) Natal Indian Congress
(c) People’s Party
(d) Congress for the People

16. Who among the following was elected as the President of All India Khilafat Conference in November, 1919?
(a) Motilal Nehru
(b) Mahatma Gandhi
(c) Shaukat Ali
(d) Mohammad Ali

17. In which court of South Africa was Gandhiji asked to remove his turban and he refused to do so and left the court?
(a) Durban
(b) Pretoria
(c) Johannesburg
(d) Pieter Maritzburg

21. In which of his books did Gandhiji declare that British rule in Indi survived only because of the cooperation of Indians?
(a) The Story of My Experiments with Truth
(b) Satyagraha in South Africa
(c) Hind Swaraj
(d) All Men are Brothers

22. “My shyness has been in reality my shield and buckler. It has allowed me to grow. It has helped me in my discernment of truth.”
(a) Tilak
(b) Gandhiji
(c) Sardar Patel
(d) Balasundaram

23. Which movement was resumed by Gandhiji after the failure of the Second Round Table Conference?
(a) Rowlatt Satyagraha
(b) Non-Cooperation Movement
(c) Quit India Movement
(d) Civil Disobedience movement

24. After Gandhiji which leader is known to have fought against apartheid in South Africa?
(a) Walter Sisulu
(b) Nelson Mandela
(c) Joe Salvo
(d) Desmond Tutu

25. Who said “the problem of states is so difficult that Sardar Patel car only solve it”
(a) Mahatma Gandhi
(b) Jawaharlal Nehru
(c) Rajendra Prasad
(d) B.R.Ambedkar

26.Which one of the following medals was NOT returned to the Viceroy on 1st August, 1920 by Gandhiji?
(a) Boer War Medal
(b) Zulu War Medal
(c) Kaiser-i-Hind
(d) Knighthood

27. Gandhiji believed that one of the great faults in Indian diets is their deficiency in Vitamin?
(a) Vitamin C
(b) Vitamin D
(c) Vitamin B
(d) Vitamin A

28. Samaldas College where Gandhiji enrolled for Higher Education, is located at which place?
(a) Gandhinagar
(b) Bhavnagar
(c) Rajkot
(d) Surat

30. Where was Gandhiji when Chauri-Chaura incident took place?
(a) Calcutta
(b) Chauri-Chaura
(c) Bardoli
(d) Delhi

35. Gandhi ji was taken out of prison in South Africa and sent to which place to meet General Smuts :
(a) Durban
(b) Johannesburg
(c) Phoenix
(d) Pretoria

36. Why did Gandhiji launch the Salt Satyagraha?
(a) because there was a shortage of salt in the country
(b) because salt was used by everybody and the tax on it was a burden
(c) because salt could be manufactured easily all along the coasts
(d) because the British government was importing salt from other countries

37. In which of the following places did Gandhiji become a vegetarian?
(a) Durban
(b) London
(c) Kathiawad
(d) Ahmedabad

38. Gandhiji believed that the cause of many diseases in India was due to :
(a) Habit of disposing human waste anywhere
(b) Shortage of water
(c) Lack of medical facilities
(d) All the above

40. Who among the following carried out regular fasts and led an austere lifestyle which Gandhiji described in his Autobiography a self sufferina ?
(a) Kasturba
(b) Gangabehn
(c) Putlibai
(d) Mirabehn

41. When Gandhiji was suffering from severe dysentery in 1917, the consumption of which item helped in his cure?
(a) Buffalo Milk
(b) Cow Milk
(c) Goat Milk
(d) Camel Milk

44. Whom did Gandhiji nominate to lead the satyagrahis on Dandi March in the event of his arrest?
(a) Sardar Patel
(b) Jawaharlal Nehru
(c) Abbas Tyabji
(d) Abdul Ghaffar Khan

45. Gandhiji advocated the use of jaggery in place of which food item?
(a) Polished rice
(b) Refined wheat flour
(c) Whole grain
(d) Refined sugar

47. After the suspension of the Non-Cooperation movement, who moved a ‘no confidence motion’ against Gandhiji?
(a) B.S. Moonie
(b) Jawaharlal Nehru
(c) M.A. Jinnah
(d) Abul Kalam Azad

49. Which amongst the following is the dominant concept of Gandhiji’s Ideology?
(a) Ahimsa
(b) Dharma
(c) Satya
(d) Satyagraha

50. How did Gandhiji help the British Government in Boer war?
(a) By sending arms
(b) By organising an ambulance corps
(c) By sending food
(d) By recruitment

51. Who were directly related to Poona Pact?
(a) Farmers
(b) Muslims
(c) Depressed classes
(d) Labourers

54. Who said about Gandhiji ‘Generations to come will scarcely believe that such a one as this ever in flesh and blood walked upon earth’?
(a) Winston Churchill
(b) Lord Mountbatten
(c) Albert Einstein
(d) Jawaharlal Nehru 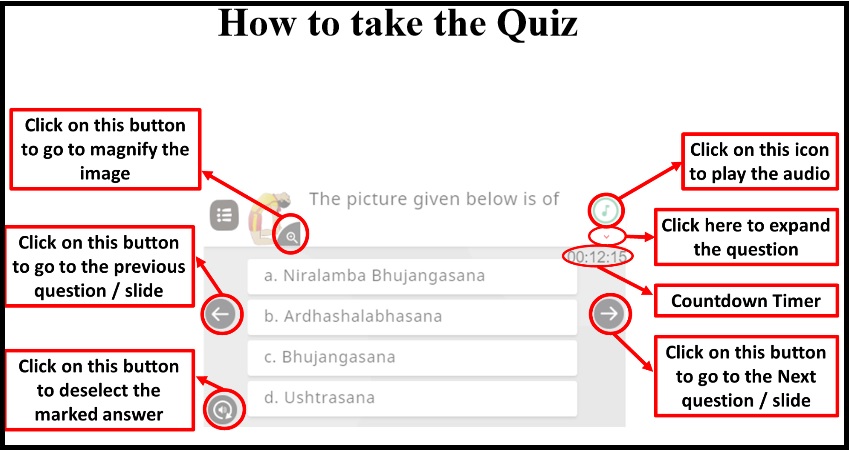