The tradition of celebrating bonds and relationship is back with the 10th Zee Telugu Kutumbam Awards. Find out more here! 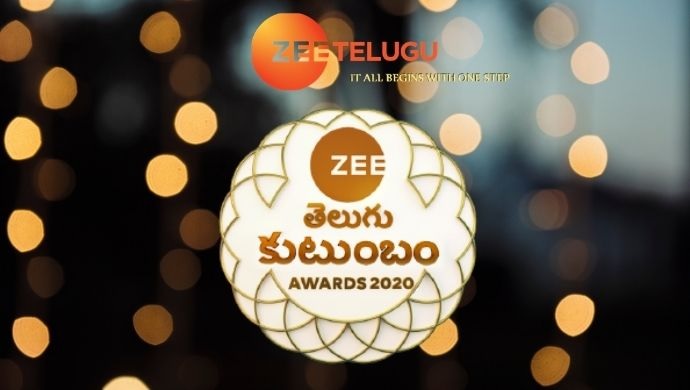 Zee Telugu is back celebrating the importance of relationships and friendships with the prestigious Zee Telugu Kutumbam Awards 2020. The world of the awards is getting bigger, better, and grander. Introduced in 2011, the Zee Kutumbam Awards has been an integral part of Zee Telugu. So, despite a obstacles like the Coronavirus pandemic, the tradition of celebration continues.

The 10th edition of Kutumbam Awards will continue celebrating and acknowledging the hard work of your favourite stars, and they will be awarded for spreading happiness in such a stressful time. Like every year, the awards revolve around a particular theme. This year, the theme will be ‘Kotha bandhalu- Sarikotha Anubhandhalu‘, which means new relationships.

The Viewers interested in participating in the Poll must be above the age of eighteen (18) years, must be a citizen of India and must be a resident of India during the applicable Poll Period. 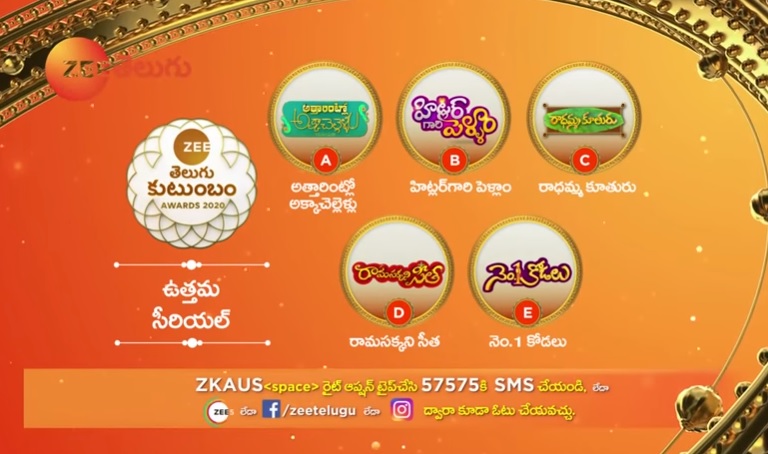 The Categories and the Nominees are as follows

Yes, this is the precious trophy of this year and Ramya Krishnan is among the award presenters. The other stars that will grace the special evening are Megastar Chiranjeevi’s brother Naga Babu, Renu Desai, Koti, Sudha Chandran, Chandra Bose, and many more. 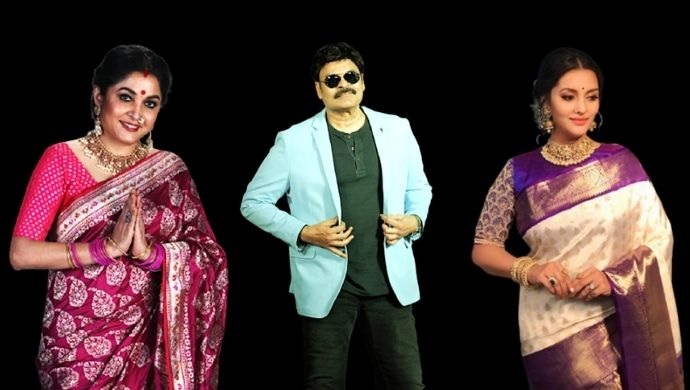 From Omkar to Jani Master, Anasuya, Nidhhi Agerwal and Avika Gor, the who’s who of Telugu industry will be present to cheer the entertainers of the year. There will be doses of laughter thanks to the skits performed by Gully Boyz and Rowdy Boyz, crowd-pleasing performances by your favourite telly stars, special singing performances of Sa Re Ga Ma Pa Telugu’s contestants, and lots more. There will be 50 nominations, divided between Jury and Viewers’ Choice Awards.

This special night will be divided into two parts and telecasted on November 1 and November 8. Get ready to be dazzled, and keep reading this space to find out how to vote for your favourite stars!