You are here: Home > Television/TV > Zee TV
All posts from zeetamil.zee5.com 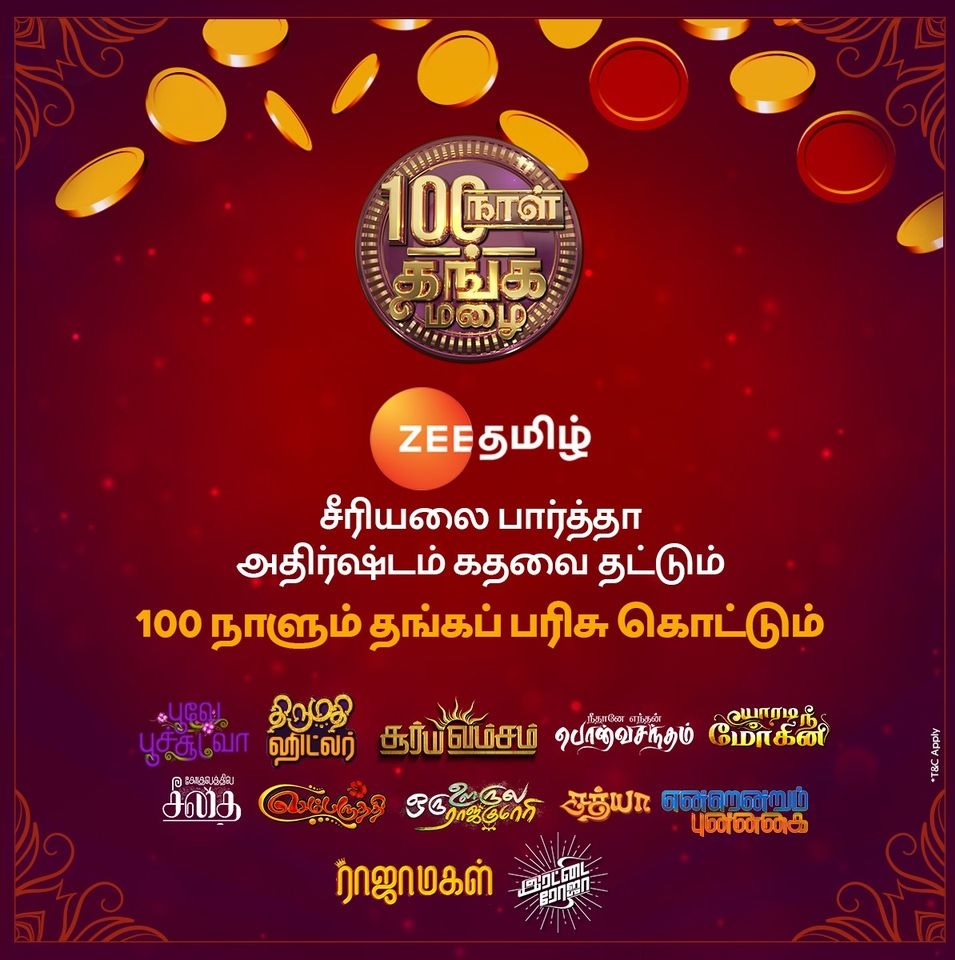 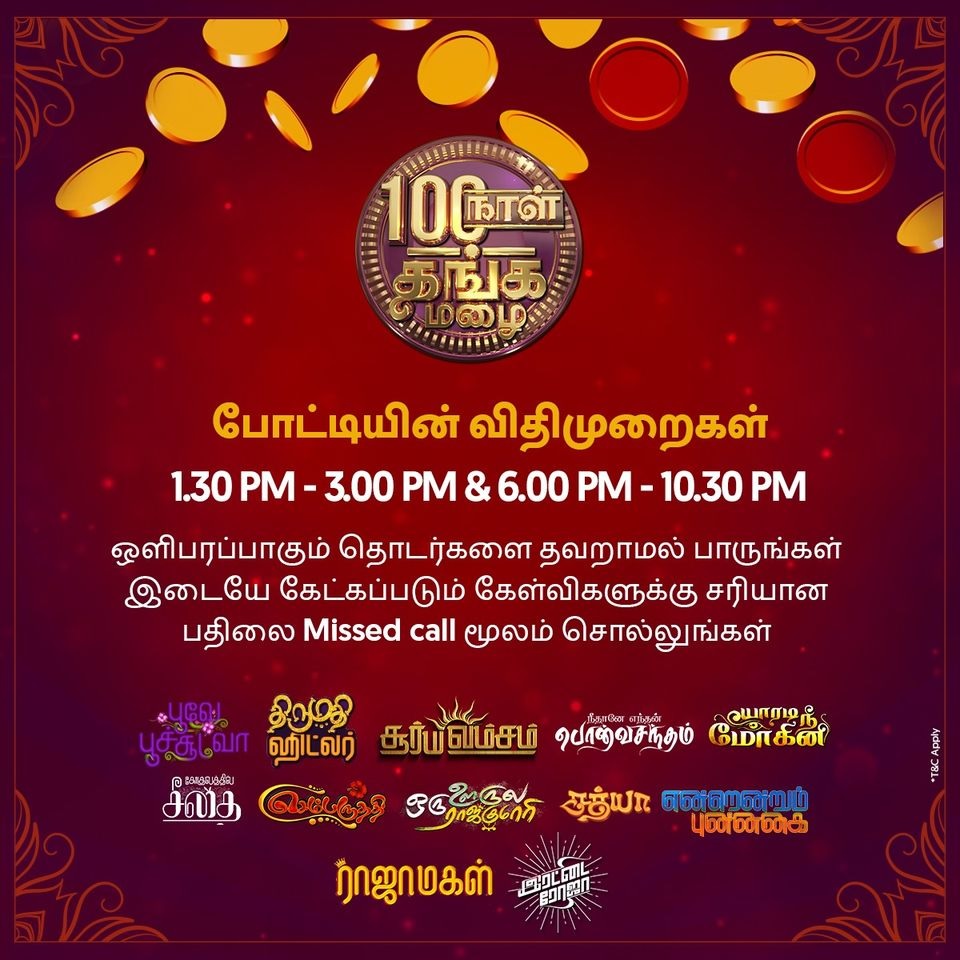 100 Points will be given to 1 correct answer, 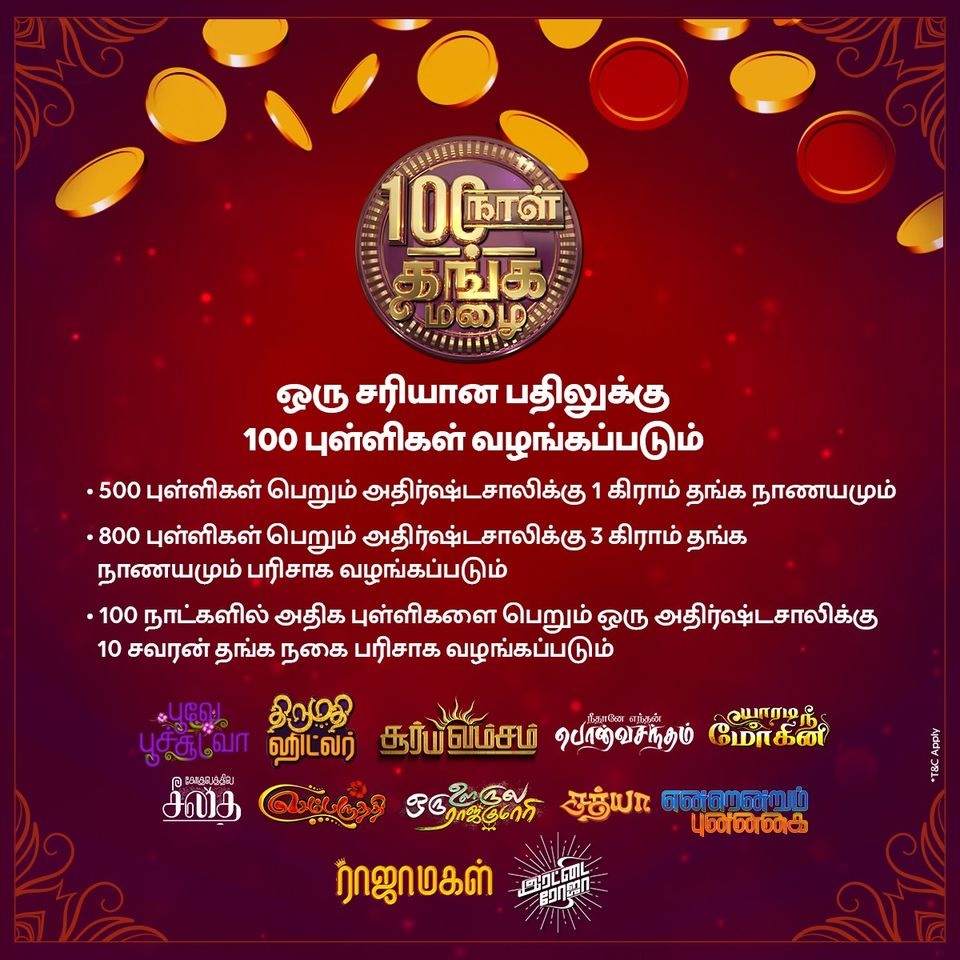 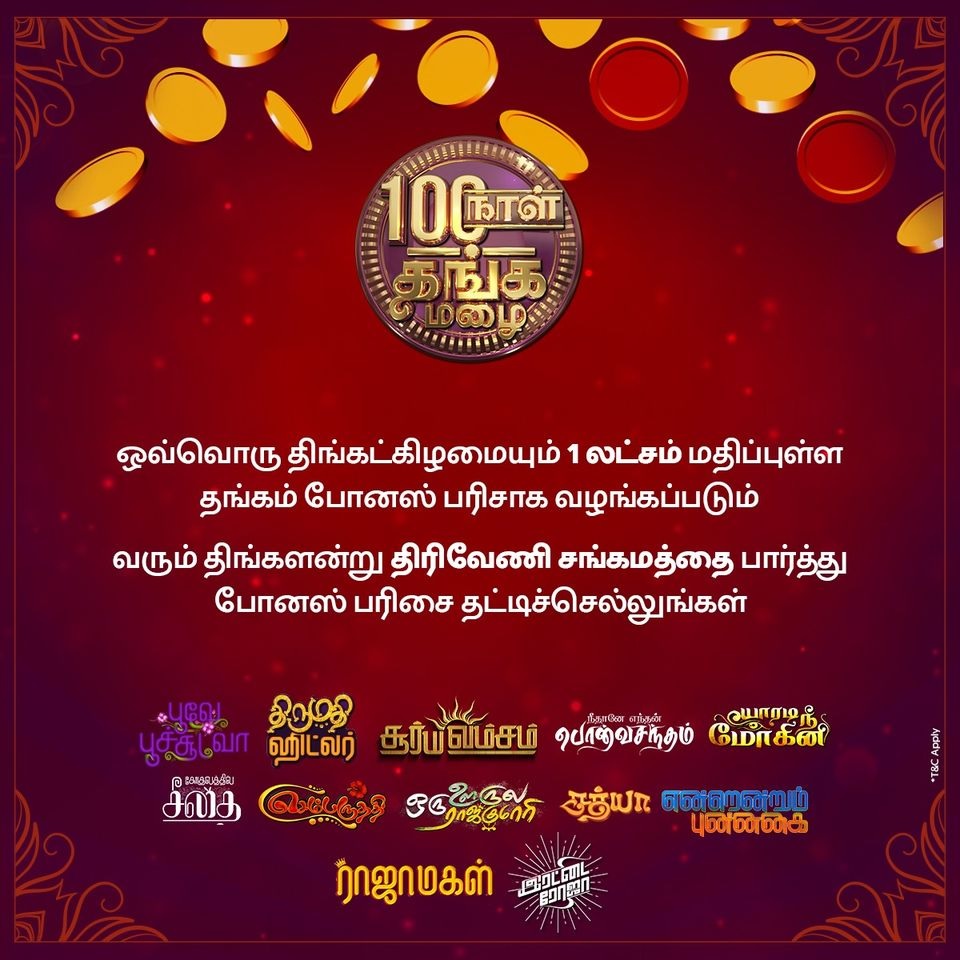 Thirumathi Hitler :
From business to family, AJ believes that everything should be done in an orderly manner. Frustrated with his perfectionism, his daughters-in-law plot to get him married to an easy-going woman.

Suryavamsam :
Suryavamsam is a 2020 Indian Tamil-language soap opera on Zee Tamil starring Poornima Bhagyaraj, Nikitha Rajesh and Aashish Chakravarthi in the lead roles. It premiered on 21 September 2020 and airs Monday through Saturday. This series is an official remake of Zee Telugu series America Ammayi.

The story is about a 40-year-old business tycoon, Suryaprakash “Surya” falls in love with a 20-year-old middle-class woman, Anu.

It started airing on 24 April 2017 on Zee Tamil.It is claimed to be the second-highest budgeted series in South Indian television.

Gokulathil Seethai :
Gokulathil Seethai is a 2019 Tamil drama television series starring Nandha and Asha. The story revolves around Asha, a young woman belonging to a middle-class family, tries to change the arrogant and rich Arjun into a responsible person.

Sathya :
Sathya is an Indian Tamil television soap opera that airs on Zee Tamil. It stars Ayesha and Vishnu in lead roles. It is the remake of odia serial Sindura Bindu.

The story concerns a young, overweight girl, Rasathi (Ashwini), who battles against body shaming. The plot of the story is taken from the Badho Bahu serial, which airs on &TV.

Rajamagal :
Rajamagal is an Indian Tamil-language drama airing on Zee Tamil. It premiered on 28 October 2019. The show stars Iraa Agarwal and Riyas. This series is an official remake of Zee Telugu series Raktha Sambandham.