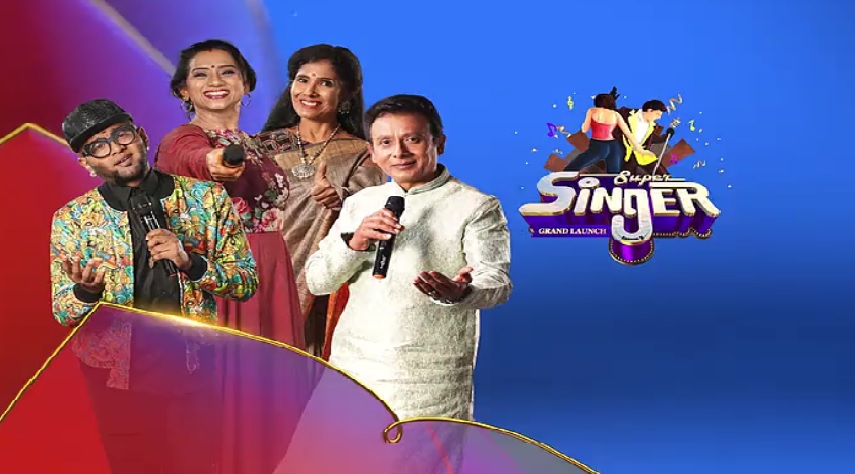 ** During the Voting Period, the viewers who are citizens of and resident in India, viewing the Program in the Territory can vote for their favorite Nominated Contestant(s).

The Viewers interested in voting must be above the age of 18 (eighteen) years and a citizen and resident of the Territory. The Viewers should not have any criminal conviction or an arrangement or a contract that prevents the Viewers from voting.

Final Rounds of the Program shall tentatively commence from 11.00 Am 24th Jan 2021 onwards and the list Final Contestants is as follows

A Viewer interested to cast his/her vote, by using Hotstar Voting Mechanism, will be subject to the following mechanism

Steps :
** The Viewer will have to Login to their account on the updated Hotstar Application in Android or IOS Device, visit the Super Singer page and click on the Vote now button for casting his/her vote through this Voting Mechanism. Viewers are advised to check for updates of the Hotstar application from time-to-time.

** The Super Singer page will be refreshed every week with the names of the Nominated Contestants for eviction of that particular week
** The Viewer(s) has to cast his/her vote for their desired Nominated Contestant’s against his / her name/ picture to save him/her from eviction.

** Only a maximum of 50 votes per Login Id and per Voting Cycle (defined below) of each day will be allowed through the Viewer’s Android and /or IOS Device.

** If more than 50 votes are received from any Login Id during any Voting Cycle, the votes received over and above 50 votes will be considered invalid and the same shall not be counted.

** The Voting Cycle shall be understood as the voting timings of each day during which the Voter can cast a maximum of 50 votes through his/her Login Id.

** It is understood that a Viewer/Vote can cast a maximum of 150 (one Hundred Fifty) votes in one week during the 3 (three) Voting Cycles of the week.

Note :
Every week, the Nominated Contestant with the lowest number of votes will get eliminated from the Program and other remaining Final Contestants will be eligible to continue to compete in accordance with the format of the Program.

** ASCPL reserves the right to cancel and/or reschedule the Program and /or the Final Rounds and/or extend or alter the Period without assigning any reasons and/or without giving any prior intimation to the Viewer(s).

** Viewer(s) agree, understand and acknowledge that there is no prize/gratification for voting in the Voting Mechanism and casting of Votes for the Final Contestant(s) as detailed herein.

** Any votes casted outside the Voting Period /Voting Cycles mentioned in the ‘Voting mechanism’ above shall not be considered valid and will not be counted.

In case of any queries, please write to hello [AT] startv.com setting out your concerns/issues. We shall endeavor to reply to the same in reasonable time, however, no reply shall not construe to acceptance or the query raised.