“Dance Deewane Revolution Pulsemeter” conducted by Viacom18 Media Private Limited on the digital platform of the Company viz. VOOT app in relation to its television show “Dance Deewane” (“Program”) telecast/ broadcast on the television channel viz. Colors and being produced by the Company through a third party production house. 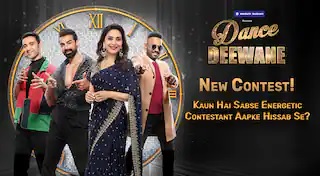 1. The Poll is open only to the following individuals who is
** A Citizen of India and residing in India;
** Above eighteen years of age; and
** Having a valid Facebook or Gmail Account.
** Have downloaded the Voot App

2. Participants should state all the required information, which has been asked from them including but not limited to the details required by Voot App or their Facebook/Gmail details for log in on Voot App.

3. The Poll is not open to the permanent and/or contract employees and directors of the Company, its parent, subsidiary and affiliated companies, advertising and promotion agencies and each of their immediate family members are not eligible to enter the Poll.

The Poll shall commence from 27th February 2021 and will end on the first airing of last episode/finale episode of the Program on the Channel or until such date as deemed fit by the Company.

Weekly Pulse Meter Poll :
The Poll shall be conducted every week from Sunday starting from 22:00 hours till the next Saturday of the immediately succeeding week ending at 20:00 hours and so on.

Entry(ies) received after the Weekly Poll Window or Poll Period shall not be entertained and shall be considered ineligible for the Poll.

** To participate, the Participants will have to download the Voot App on their phones/ hand-held device, as applicable, and log in to Voot App using their Facebook or Gmail accounts.

** After so logging into Voot App, the Participants will have to select a contestant of the Program from the options provided in response to the Pulse Meter Poll Question (e.g. who is the power performer of the week?).

** The Poll Question shall be refreshed every week of the Weekly Poll Window and the Participant shall submit their Submission/s on the Voot App in the manner as instructed and detailed on the Voot App, for consideration by the Company, at its sole discretion. 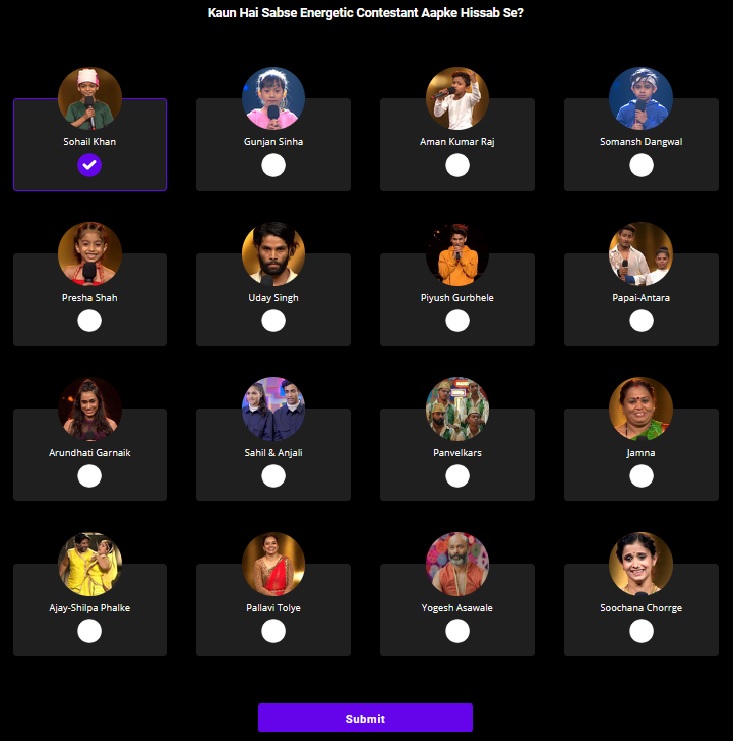 ** These Submission/s shall be response to the Weekly Poll Question basis the then on-goings of the Program. The Participants can send their Submission/s only once during the Poll Period.

The Participant’s Submission/s shall be counted towards the Pulse Meter Poll Result which may be published by the Company on Voot App and/or any other social media handle of Voot from time to time as solely decided by Viacom18.

** Submissions shared by the Participants shall require a reasonable level of skill.

** The Company shall not be responsible in the event Submission/s are not received in the manner provided herein, and also for technical error of any nature whatsoever that results in a Submission/s not being received.

** Submission/s should state all the required information asked from the Participant(s) on the Voot App and/or in these Terms and Conditions. If the same is not complied with, then the Submission/s will not be considered and will be disqualified.

** The Company shall not be responsible for any entries submitted but not received or recorded due to any reason whatsoever.

** Proof of age, if requested, of the Participant(s) must be submitted to the Company (i.e., Birth Certificate, 10th Class leaving Certificate/ School certificate/ passport/ an affidavit signed by a magistrate).

** The Company reserves all rights to make amendments to the existing rules and regulations or withdraw or suspend the Poll without giving prior notice for any reason whatsoever.

It shall be the sole responsibility of the viewer(s)/ Participant(s) to check the rules and regulations of the Poll on the website of the Company.