Viacom18 is conducting the voting process in order to enable the viewers to save their favourite Shortlisted Participants in the Program from elimination and eventually making them the winner/s of the Program. 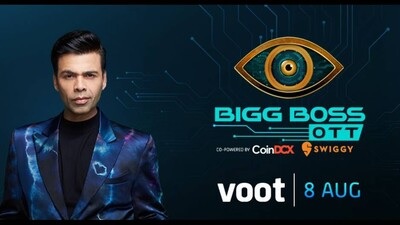 This Voting Poll is open for the individuals who (“Voter”)

** Are citizens of India and hold valid proof of citizenship and are residing in India;
** Are above 18 (eighteen) years of age;
** Are viewers of the Program;

** Have downloaded and registered themselves through Viacom18’s over the top internet based digital video platform called ‘VOOT’ either through its mobile application or website or mobile site (hereinafter collectively referred to as “VOOT”);

The Voter hereby agrees to have read and understood all the rules and regulations for participation in the Voting Poll and agrees to abide by the same.

1. The Program is a reality show where individuals/housemates (“Participants”) staying in the Bigg Boss House will nominate housemates for eviction from the Program (“Shortlisted Participant”).

During the Program, the viewers will be asked to cast their vote for the Shortlisted Participant whom they want to save from eviction from the Program.

The Shortlisted Participant who gains the minimum votes from the viewers, will be eliminated from the Program.

2. From 8th August, 2021 onwards, VOOT will air or stream the episode(s) of the Program at the timings stated below

3. The Voting Poll shall tentatively commence from 9th August 2021, at 13:00 hours (IST) and will end on the first airing of last episode or finale episode of the Program on VOOT or until such date as deemed fit by Viacom18 or till such other date as determined by Viacom18

4. The Voting Poll will tentatively start from Monday 21:00 hours (IST) and end on Thursday at such time as per Viacom18’s discretion, for the Shortlisted Participant for that week, subject to changes as per the discretion of Viacom18.

To participate in the Poll, the Voters must watch the episodes of the Program being telecast on VOOT.

Steps :
The Voter understands that in order to vote in Voting Poll, the Voter will be required to download VOOT, follow the registration process as displayed therein and vote in the manner as prescribed hereinafter.

Step 1 : The viewer needs to login by using either his/her Facebook or Gmail login. If a viewer does not have an existing user ID and password, he/she can create a new valid email ID by entering the mandatory fields required.

Step 2 : Once the viewer successfully logs in he/she can cast his/her vote for
the Shortlisted Participant he/she desires for a particular episode of the Program, as per the details and Rules and Regulations mentioned here.

The vote should contain the keyword assigned to each of the Shortlisted Participant of the Program for each respective episode of the Program.

Step 3 : Any failure or usage of domain page by any unauthorized party, will not be considered by Viacom18 or VOOT to allow a viewer to vote again or withdraw any vote.

** The viewers who vote in this Voting Poll agree that he/she shall hold harmless VOOT, Viacom18 and its affiliates, and their directors, officers, employees, partners, representatives or any other person in relation to any injury/damage/harm/loss suffered by him/her, in any manner, whatsoever in connection with the Voting Poll and shall also not file in person/ through any family member and/or third party any applications, criminal and/or civil proceedings in any courts or forum anywhere in the world against VOOT and/or Viacom18 and/or the producer and /or sponsor to claim any damages or reliefs’ and/or otherwise.

** Viacom18 and/or VOOT reserves the right to disregard the vote(s) in the event Viacom18 observes any irregularity in the voting pattern of the vote(s) sent by the viewer(s) and/or if Viacom18 in its knowledge has reason to believe that the viewer(s) has acted in a fraudulent manner and/or engaged in any deceitful activity in sending the said vote(s).

** The Voting Poll is not open to the permanent and/or contract employees and directors of the Company, its parent, subsidiary and affiliated companies, advertising and promotion agencies (collectively, “Viacom18 Entities/Company Entities”) and each of their immediate family members are not eligible to enter the Voting Poll.