What is Zee Tamil Survivor Program?

Survivor also known as Survivor Tamil is an Indian Tamil-language reality television program in India. The program will be broadcast on Zee Tamil. The show is hosted by Arjun Sarja. There are 18 contestants who were participating in Survivor Tamil with 2 wildcard contestants. The show was produced by Banijay Asia 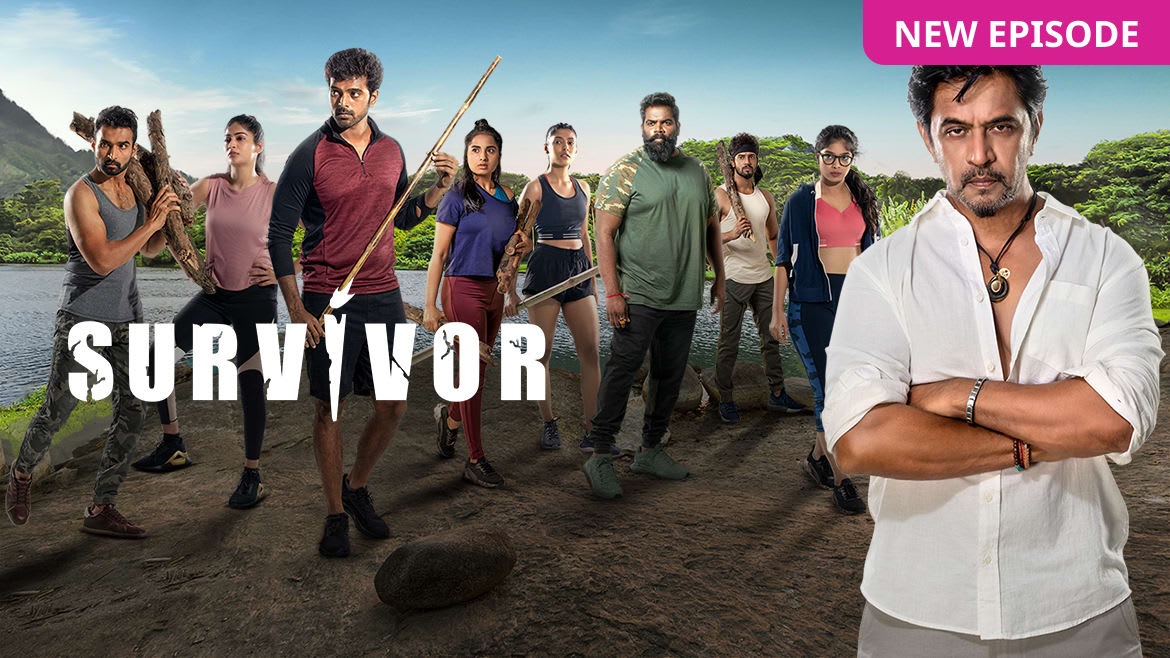 Who are the Contestants of Zee Tamil Survivor?

There are 16 contestants who were participating in Zee Survivor Tamil.

1. Vijayalakshmi :
Vijayalakshmi is an Indian film actress who has predominantly appeared in Tamil language films. As the daughter of film director Agathiyan, Vijayalakshmi made her acting debut as a timid girl in Venkat Prabhu’s Chennai 600028 (2007), before portraying another timid character in Mysskin’s drama film, Anjathe (2009). After appearing in a few further lead roles, she moved on to become a film producer and an actress in television serials 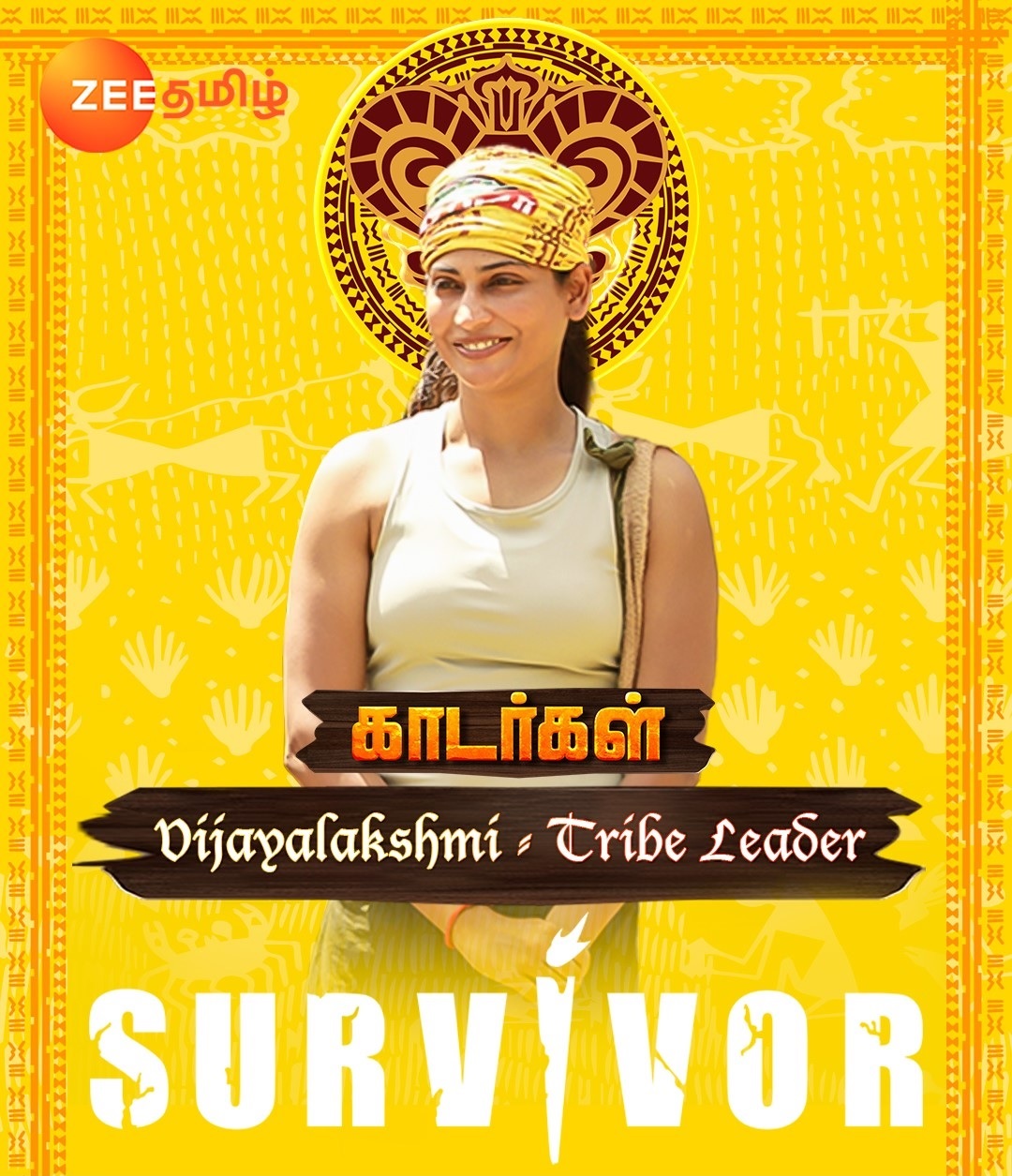 2. Gayathri Reddy :
Gayathri Reddy is an Indian model and actress. She was a finalist in the beauty contest Femina Miss India 2016. She made her film debut with Bigil in 2019.

3. Nandha :
Nandaa Dorairaj is an Indian film actor, who primarily works in Tamil films. He made his debut in Mounam Pesiyadhe (2002) and later appeared in other films such as Eeram (2009).

4. Parvathy VJ :
VJ Parvathy is a popular anchor among Tamil audience. She is associated with Galatta Tamil Channel. anchor Parvathy VJ has more than 120k followers (as of May 2020) on her Instagram account. 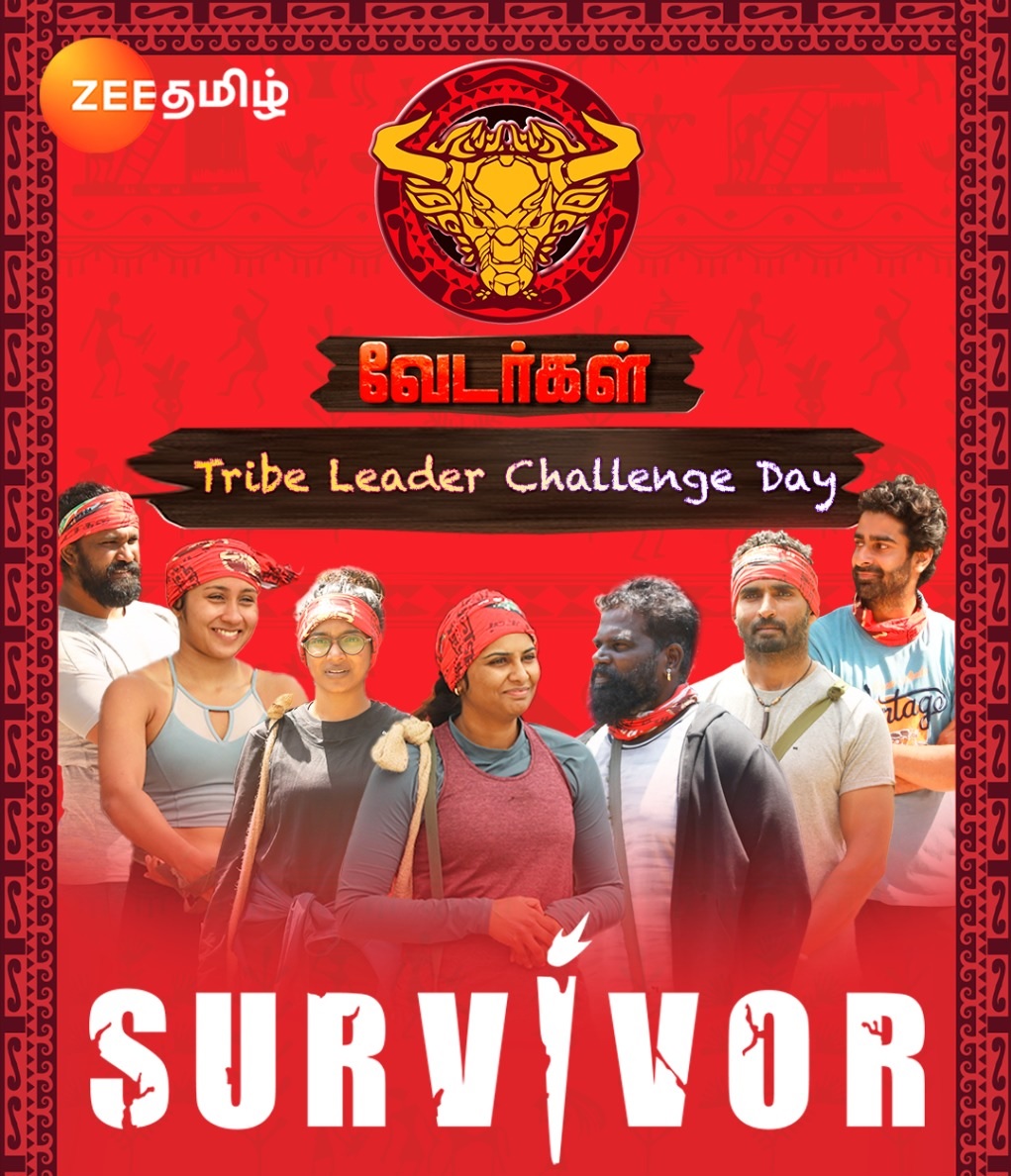 5. Vikranth :
Vikranth is an Indian film actor who has appeared in Tamil language films. He was first introduced in the film Karka Kasadara (2005) directed by R. V. Udayakumar and later appeared in other romantic drama films.[1] Following his participation in the Celebrity Cricket League, Vikranth has moved on to work in bigger film projects.

7. Srushti Dange :
Srushti Dange is an Indian actress, who has mostly appeared in Tamil films and occasionally appears in Telugu and Malayalam films

8. Umapathy Ramayya :
Umapathy Ramaiah is an Indian actor who works in Tamil-language films. He is the son of actor and comedian Thambi Ramaiah.

9. Indraja Shankar :
Indraja Shankar is the daughter of comic turned actor Robo Shankar. She made her debut in director Atlee’s much-acclaimed Tamil movie Bigil (2019). Indraja performed a distinguished function within the 2021 Telugu film Paagal. She performs alongside Vishwak Sen and Nivetha Pethuraj. 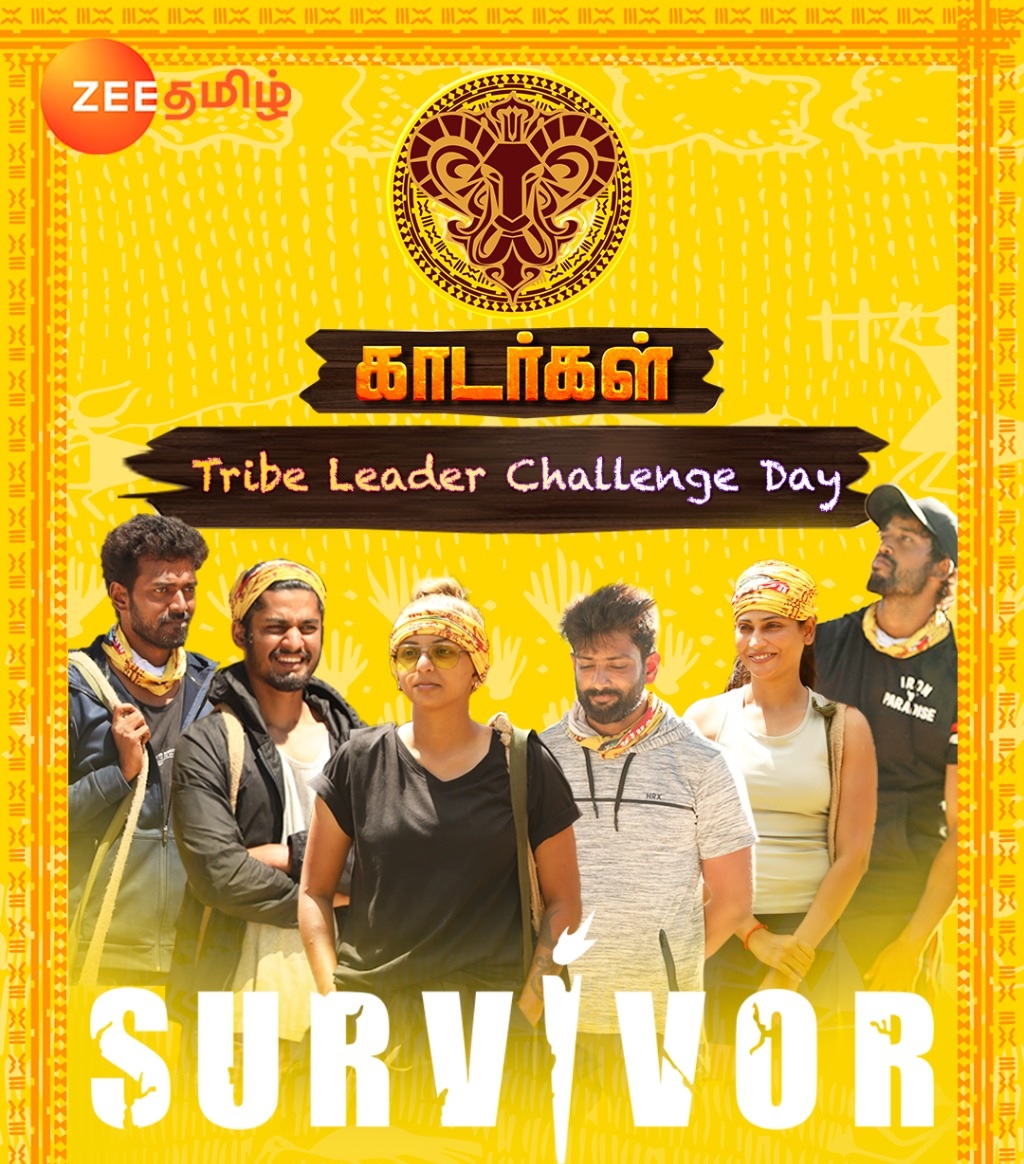 10. Saran :
Saran Shakthi is a young artist growing up in Tamil cinema. At the beginning of his career, he did a younger version of movie heroes in movies like Kada, Jilla, Sigaram Thodu, and more. Saran started his career in 2013 as a child artist in the Tamil movie “Kadal” introduced by Mani Ratnam.

11. Lakshmi Priyaa Chandramouli :
Lakshmi Priyaa Chandramouli is an Indian actress who predominantly works in Tamil and Malayalam films. A post graduate in human resource management from Madras School of Social Work, she joined the English theatre company Evam as a full-time employee, before venturing into the Tamil film industry. She is also a former National Level cricket player, and national Ultimate Frisbee champion.

12. Narayan Lucky :
Narayan Lucky is an Indian actor, who has worked in the Tamil film industry. He debuted as the lead role in the campus film Inidhu Inidhu (2010), before portraying supporting roles.

13. Lady Kash :
Lady Kash is a rapper/songwriter from Singapore who started her solo career professionally in 2007. Rapping fluently in English and Tamil, Lady Kash has worked with music composers including A. R. Rahman, Yuvan Shankar Raja, and Anirudh Ravichander.

She launched her own company/label AKASHIK in 2013 and continues to beat out independent hip-hop music and videos, alongside working on film soundtracks occasionally. She has performed in various concerts around the globe including Switzerland, UK, Malaysia, Sri Lanka, Dubai and India 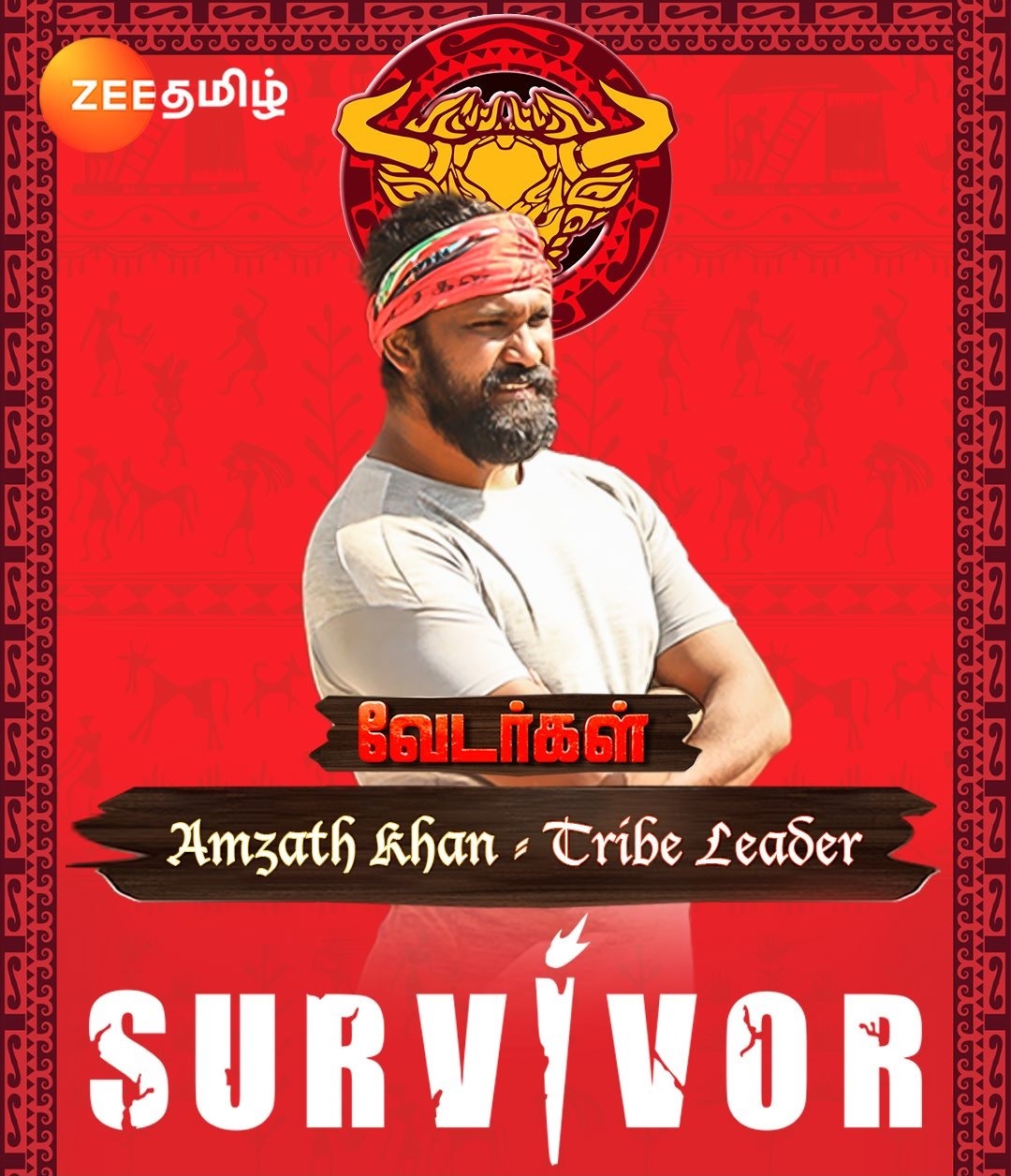 15. Ram C :
Ram C is an actor and famous model. He made his acting debut in the Vaanam Kottattum featuring Radikaa Sarathkumar and her hubby Sarathkumar. He is awaiting the release of his upcoming movie FIR.

The show is expected to have 16 contestants isolated in an unknown island for at least 90 days with a Banijay format. The winner of the competition receives Rs.1 crore (Rs.1,00,00,000) cash prize after surviving 90 days avoiding elimination.

The contestants (known as “Survivors”) live in a isolated island that is isolated from any type of modern-day setting. Survivors will be divided into two different tribes in the start of the competition or known as the ‘Launch Day’.

Survivors will need to fight for immunity in order for their tribe to be safe from facing tribal council and elimination. Each week the losing team will have to attend tribal council, where they will vote out one of their co team members.