What is Asianet Star Singer Season 8?

Star Singer Season 8 is a musical reality show where 29 individual contestants competing each other. Star Singer Season 8 is being aired on Asianet, being the channel owned and operated by Asianet Star Communications Private Limited. The Program will be telecasted from January 2, 2022 onwards. The Viewers interested in voting can participate by choosing to cast their votes for their favorite Participant through Hotstar.

Who Can Vote For Asianet Star Singer Season 8?

Person who resides in India, is a citizen of India, is physically present and located in India, and who is of 18 years or above as on January 1, 2022 can vote for Asianet Star Singer Season 8.

The Program will be telecasted from January 2, 2022 onwards, on the Channel at the timings stated below or such other dates and timings as amended and updated on the Website by ASCPL from time to time. It shall be each Viewer’s sole responsibility to periodically check the Website for any update(s) or modification(s) to the timings and dates for telecast of the Program, and/or, for other changes to the Voting Mechanism and/or other details pertaining to the voting.

How To Vote For Asianet Star Singer Season 8?

To Vote For Asianet Star Singer Season 8, Follow the below steps

1. The Viewer will have to Login to their account on the updated Hotstar Application in Android or IOS Device and/or any operational devices, visit the Star Singer- Season-8 page and click on the Vote now button for casting his/her vote through this Voting Mechanism. Viewers are advised to check for updates of the Hotstar application from time-to-time.

2. The Star Singer-Season-8 page will list the names of the Shortlisted Participant in a particular Voting Cycle.

3. The Viewer has to cast his/her vote for their desired Shortlisted Participant’s against his / her name/emoji to save him/her from eviction.

4. Only a maximum of 50 (fifty) votes per day per login, per corresponding Voting Cycle will be allowed through the Viewer’s Android and /or IOS Device and/or any operational devices for a particular Shortlisted Participant.

5. The Viewer will not be charged in the Hotstar Voting Mechanism to cast the vote, however, there may be cost levied to the Viewer, at the applicable rate, by the network provider for using internet connection which should be verified by the Viewer at his/her sole responsibility. In case of casting vote while roaming in different circle/zone, additional roaming rates for browsing of the internet may be applicable.

7. The Weekly Voting Cycle for each week shall consists of four (4) days commencing from the voting Start time and ending on the voting End Time (“Weekly Voting Cycle”) as detailed below, with effect from January 23, 2022 or such other date as mentioned on the Channel:

Note:
Only a Maximum of 50 votes will be allowed per day per login, during the Weekly Voting Cycle. The Viewers may cast the 50 votes allowable per day to any one or more of the participants of their choice. For avoidance of doubt, it is clarified that the maximum votes allowed per login during each Weekly Voting Cycle shall be 200 [@ 50 votes (max.) per day]. Any number of votes cast exceeding the limit mentioned hereinabove, will not be considered and shall be null and void. 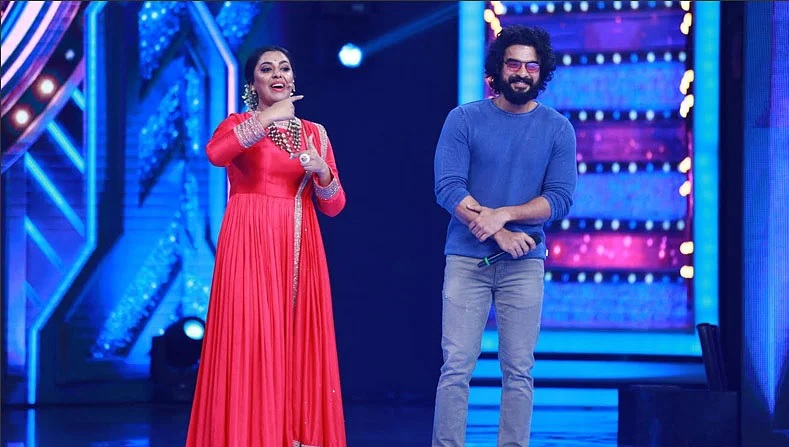 ** ASCPL reserves the right to cancel, reschedule, and/or postpone the Program and/or the Voting Mechanism for any or all Episodes without assigning any reasons and/or without giving any prior intimation or liability to the Viewers or any other person.

** All viewer(s) are advised to remain in areas with strong and stable/continuous mobile network signal of the telecom operator to ensure smooth functioning of casting of vote.

** Viewer(s) agree and acknowledge that there is no prize/gratification in voting for the Shortlisted Participant as detailed herein.

** Viewers shall not be entitled to make any claims in respect of any compensation or gratification whether monetary or otherwise, against the Channel, ASCPL and/or the Program.

** The Voting Rules shall be advertised sufficiently across the Website and /or the Channel to ensure that no Viewer is misled and each Viewer fully understands the entire process and costs (if applicable) for voting.

** It is clarified that all costs towards voting shall be borne by the Viewer solely without any recourse whatsoever to ASCPL and/or the Channel.