What is Netmeds Superfans League Contest?

#NetmedsSuperfansLeague Contest, run by Netmeds.com, is open only to legal residents of India, aged 18 years or older. Void where prohibited. Indian law governs this contest. 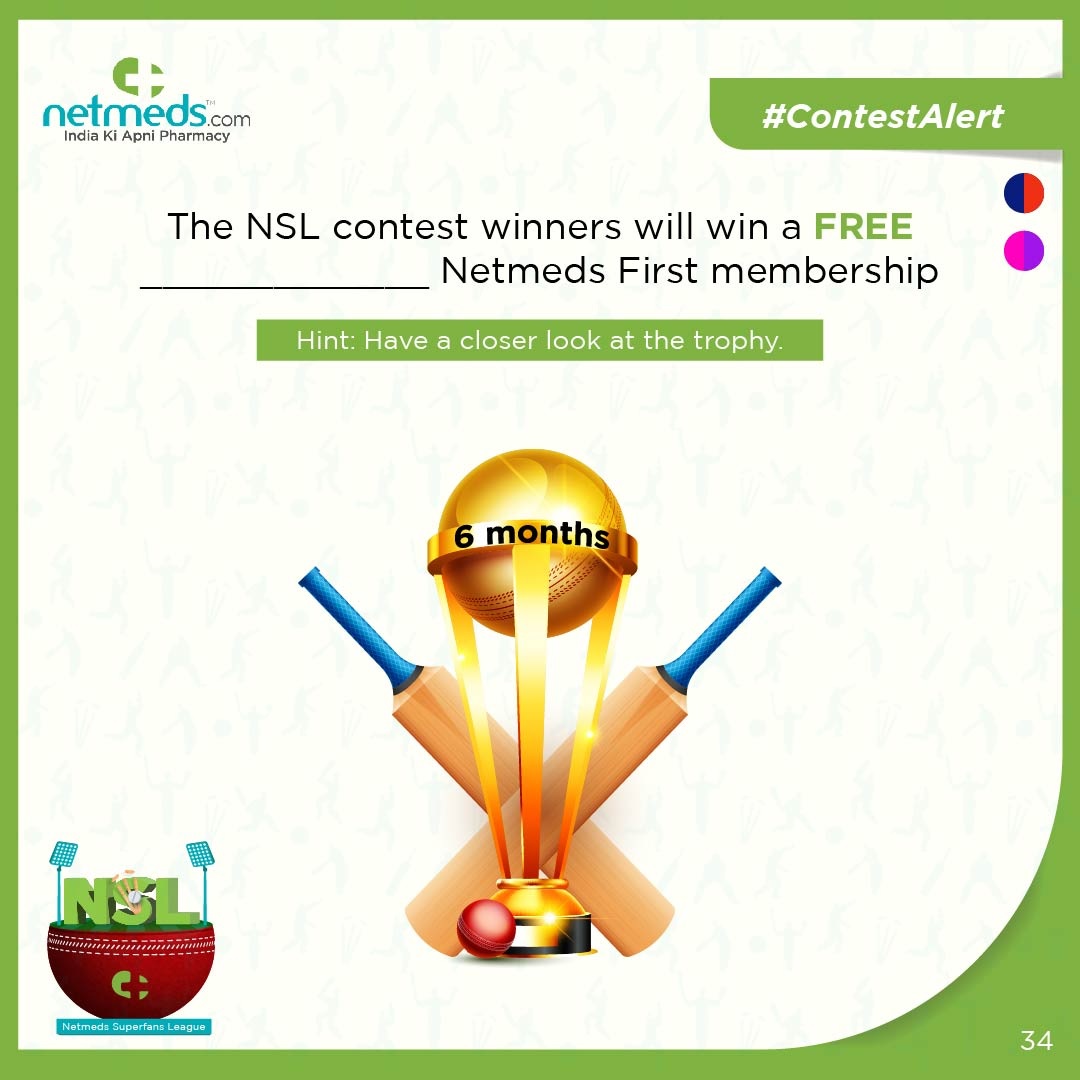 Netmeds Superfans League Contest is open to all users/participants who follow the Netmeds official Twitter/Facebook/Instagram page. However, Netmeds.com’s directors, management and employees (and their immediate families, including their spouses, parents, grandparents, siblings, children and grandchildren), and its related entities who are directly associated with this contest are NOT eligible for the same.

How to Participate in the Netmeds Superfans League Contest?

In order to participate in the Netmeds Superfans League contest, during the Contest Period, the Entrants (participants/users/customers) must keep visiting Netmeds official Twitter/Facebook/Instagram page on each and every match day, and comment consistently with the right answer for a question about Netmeds on ALL the Netmeds Superfans League posts, before the match ends. In order to help you answer the question, a picture hint is provided along with the question.

** A total of 500 lucky winners, who have all consistently commented with the right answer on every post, during the Netmeds Superfans League Contest period, will be randomly selected and each winner will be rewarded with ONLY one FREE 6-month Netmeds First membership.
** Winner names will be announced on Netmeds official Facebook/Instagram/Twitter via the winner announcement post on 1st August 2022.
** Please Note: Each prize winner is limited to receiving ONLY ONE 6-month Netmeds First Membership. 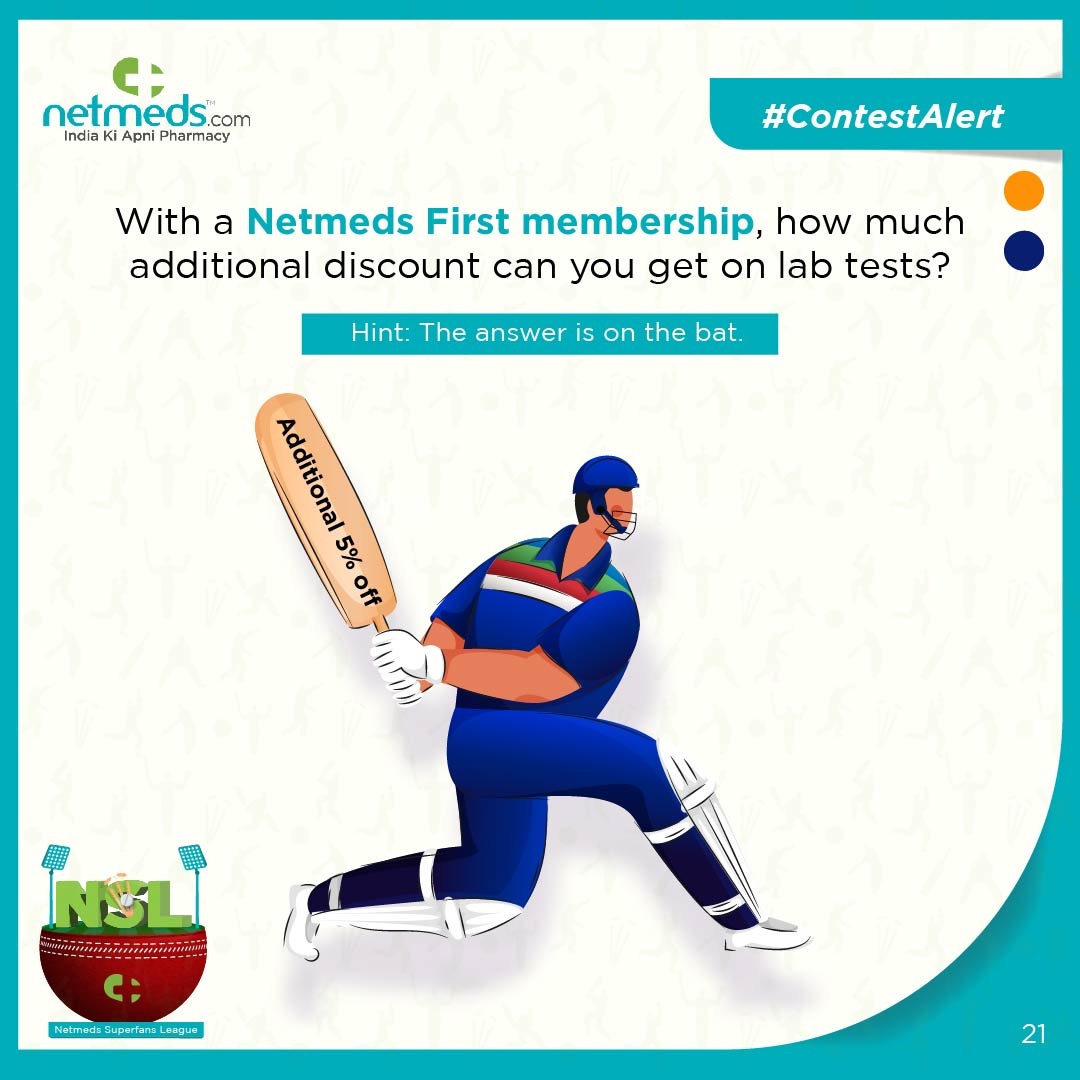 ALL 500 lucky winners of Netmeds Superfans League Contest will get a 6-month Netmeds First membership for FREE.

** This offer is non-negotiable and non-binding.
** Winner selection is at the sole discretion of Netmeds.com, and Netmeds.com’s decision on all matters relating to this contest will be final, binding and conclusive on all Winners of the Contest, and no correspondence relating to the winner selection will be entered into.
** Netmeds.com reserves the right to amend or waive any of the terms and conditions of this offer at any time without prior notice, and the same is at the sole discretion of the company and the customers agree to be bound by such revisions.
** Entrants who are deemed to have provided incorrect, misleading or fraudulent information may, at the discretion of Netmeds.com, be deemed disqualified.
** Netmeds.com reserves the right to disqualify any Entrant if he/she is engaged in any unlawful or other improper misconduct that jeopardises the fair and proper conduct of the Contest.
** Netmeds.com reserves the right to recover damages or other compensation from such an offender to the fullest extent permitted by law.

What is the Last date of Netmeds Superfans League Contest?

The last date of Netmeds Superfans League Contest is 29th May 2022.