Vijay TV Super Singer Program is a singing based reality program wherein contestants between the age 18 years and 60 years, from all over India.

The participants Compete individually or against each other by voluntarily participating and /or being part of various selection processes, auditions or levels of selection or format of the Program. You can cast their vote to save your favorite contestant from the nomination list.

The Viewers interested in participating in the Voting Mechanism must be above the age of 18 years and a resident of Territory. The Participants should not involve in any criminal cases during the voting process.

The voting process will be open on every week at the end of the episode. During the voting period the viewers can vote to save their favorite Nominated Contestant. 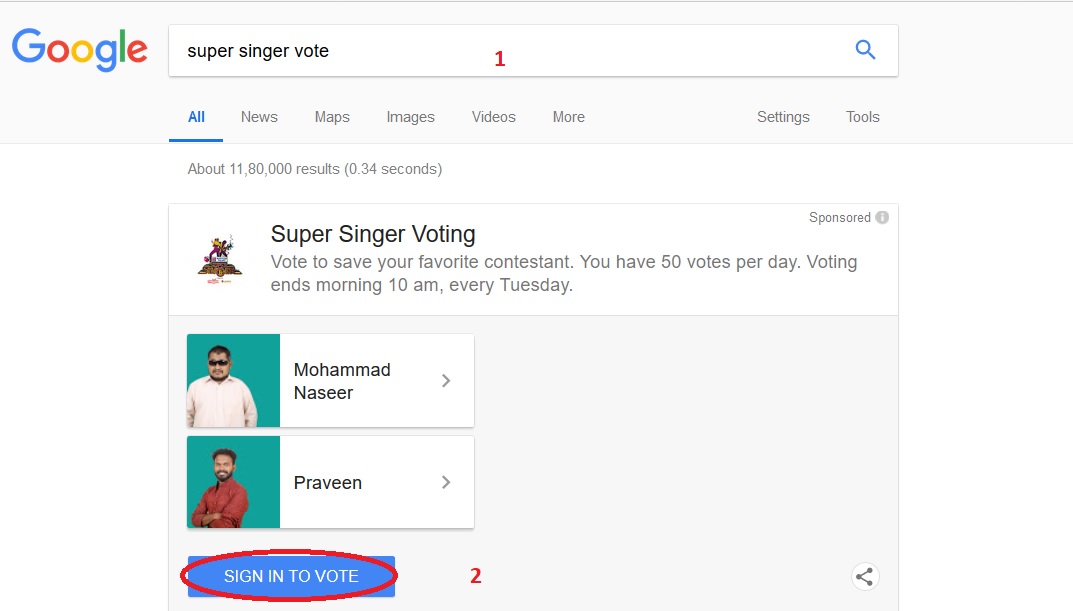 Step 3 : Enter your Email Address or Phone Number
Step 4 : Click on “Next’ button 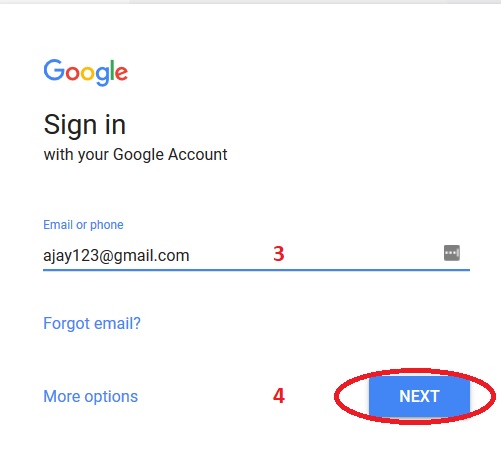 Step 7 : To caste their Vote for your Favorite Contestant
Step 8 : If you want to split your votes then click on the “Continue” button 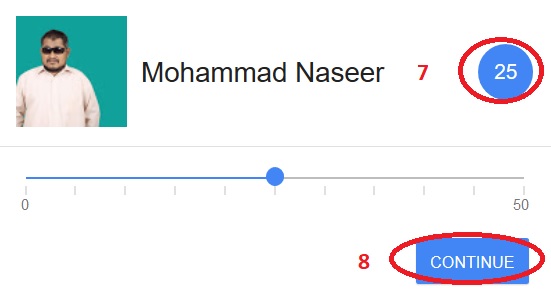 Step 9 : Caste your vote for next contestant
Step 10 : Click on the Continue button 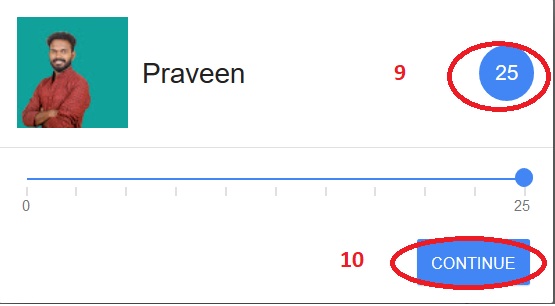 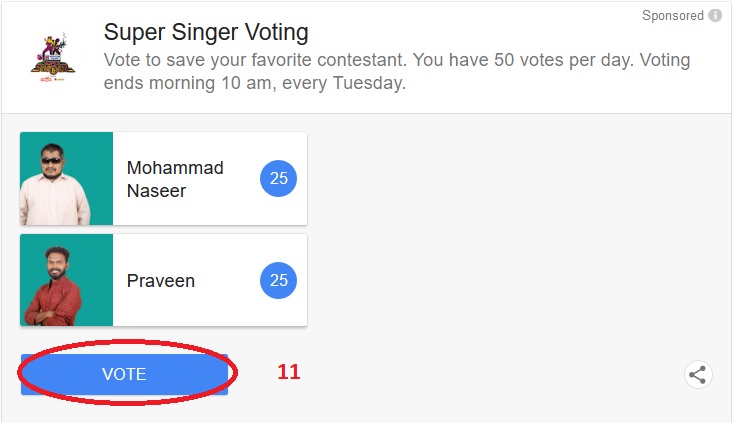 Finally you will receive the message like as follows and click on “Done” button to complete your votes. 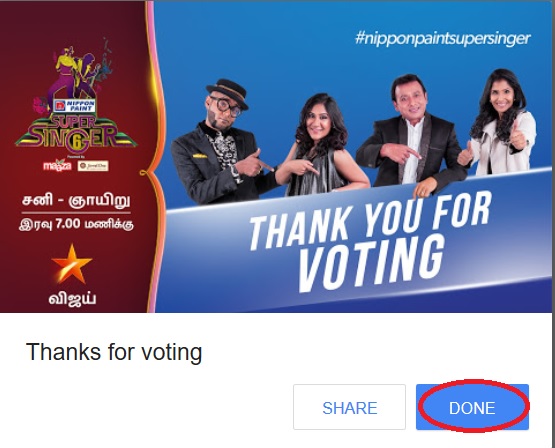 Note :
1. The Viewer can vote only 50(fifty) times for his Google ID. The Viewer can also split his votes for the Nominated Contestant(s).
2. There is no voting charge in the Google Voting Mechanism.

3. Any unclear/incorrect/incomplete information, including typing wrong characters shall be considered invalid vote.
4. After successful completing of voting the viewers will receive a thank you message.
5. Voting received after the last date will not be considered.

It is clarified that the telecast of the episode begins from 03rd Feb 2018, at the timings stated below

Note:
Votes received after the timelines, shall not be considered and shall be deemed null and void

The jury comprising of Swetha Mohan, Benny Dayal, Unni Krishnan and Anooradha , who are the judges on the Program. Final Top 22 Contestants shortlisted and selected for performing and competing against each other in the further rounds of the program.

On the basis of the performance, singing techniques, screen presence, interaction with audience, overall personality, the jury will nominate 2 contestant on every week.

It is clarified that the exact number of nomination should not exceed two. The Viewers to cast their vote & save the nominated contestant.

1. In the upcoming week of the Program based on the votes generated by the each contest through the Voting Mechanism, 1 contestant getting the lowest Votes shall be eliminated from the Program.

2. The remaining contestant eligible to further participate in the subsequent episodes of the Program.
3. VTPL have the rights to modify the format of the Program, Final Rounds and accordingly the rules for Voting Mechanism at any time.

4. The Voting Mechanism will be announced during the telecast of the Program on the Channel.
5. The viewers can cast their vote to only nominated candidates on the particular week. Suppose the viewers to cast their vote other contestant that will be considered as null or invalid vote.

6. In the event of the day the contestant unable to perform and /or appear in any of the Rounds then the VTPL has the rights to replace such Contestant with a subsequent Contestant.
7. VTPL reserves the right to cancel and/or postpone the Program and /or the Final Rounds and/or extend or alter the Period without assigning any reasons.