The Bigg Boss mania is back and season 13 is all about double the fun, double the entertainment! This season Bigg Boss is open to you and your plus one! So bring along your parent, sibling, bestie, frenemy- anyone who could help you rock the BB house.

The Program is a reality show where individuals/housemates staying in the Bigg Boss House will nominate housemates for eviction from the Program. 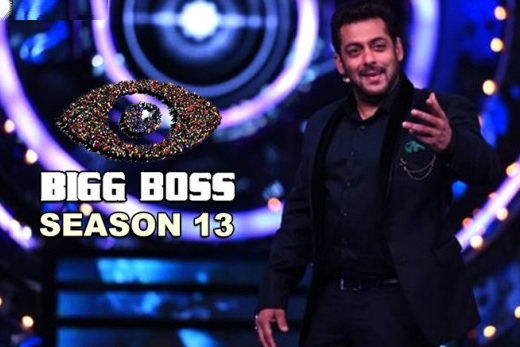 The viewer interested in participating in the Voting Poll, agrees that he/she is 18 years old or above. Refer Annexure-A for further. (refer T&C link below)

To participate in the Poll, the viewers must watch the episodes of the Program being telecast on the Channel every day. From 29 September 2019 onwards, the Channel will telecast the episode(s) of the Program at the timings stated below
** 21: 00 hours on Saturday & Sunday;
** 22.30 hours from Monday to Friday;

The viewers interested in the Voting Poll can participate by choosing any of the 2 (two) mechanism as mentioned below and shall be subject to the respective mechanism’s requirements and rules:

A viewer interested to cast his/her vote, by using Internet Mechanism, will be subject to the following

** By logging into “voot.com” and as per details mentioned on the Website and casting the vote.
** Only viewers residing in Countries mentioned in the Annexure-A, below can participate through Internet Mechanism

** The viewer needs to go to the Website and as per the details mentioned therein should login by using either his/her Facebook or Gmail or any other email id.
** If a viewer does not have an existing user ID and password, he/she can create a new valid email ID by entering the mandatory fields required;

** Once the viewer successfully logs into the required page of the Website, he/she can cast his/her vote for the Shortlisted Participant he/she desires for a particular episode of the Program, as per the details mentioned on the Website and Rules and Regulations mentioned herein.

A viewer interested to cast his/her vote, by using Application Mechanism, will be subject to the following

** By downloading Voot Application on any compatible device and casting the vote.
** Only viewers residing in India and using valid Indian phone number which are duly registered with the network operators can participate through Application Mechanism;

** If a viewer does not have an existing user ID and password, he/she can create a new valid email ID by entering the mandatory fields required.

Note:
For every episode, the period starting from Voting Start Date and Time and ending on Voting End Date and Time will be considered as voting cycle for that particular episode.