Your favourite small screen couples are all set to showcase their talent and compete against each other in this exciting game show! Who will you root for?

The show features 10 real pairs of our Tamil television industry. Through this show, the audience would be able watch the Love, compatibility, support the couples have for each other, and also talents and skills of our small screen celebrities will be showcased.

The rounds in the show, will prove the eternal and external strength of the couples. This show, will witness the joy and ruckus between the husband and wife when their roles get swapped. This show, will unfold the untold stories of our favorite celebrity couples.

‘Mr & Mrs Chinnathirai’ is launched on January 20 at 6.30 PM on Vijay television and the show will be telecasted every Sunday at 6.30 pm. 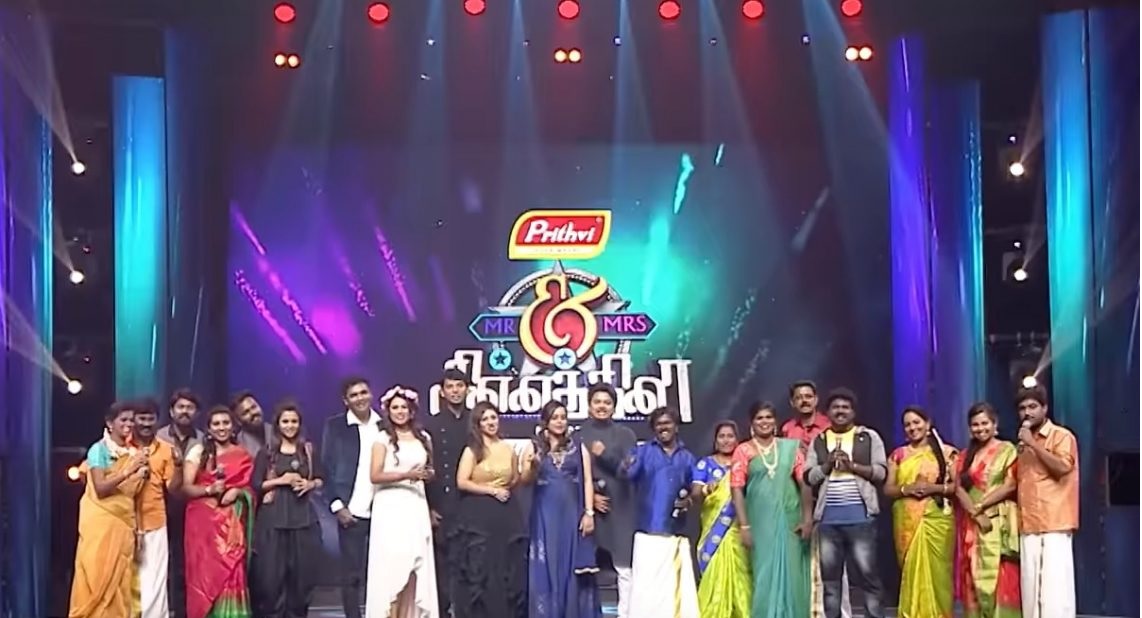 Anchor Manimegalai-Hussain:
Manimegalai made her debut as a television anchor in 2010, She hosted her first programme called “super Hits” on sun music, 2010, And she reached Fame when she Hosted “Franka Sollatta” in Sun Music.

She has become one of the leading Television Anchor after hosting many celebrity interviews and popular prime time shows on Sun TV, KTV, Sun News and Sun Music simultaneously. She is an MBA Graduate from SRM University. During her college days, She moved to media as Video Jockey in Sun Music. Manimegalai married Hussain on 6th December 2017. 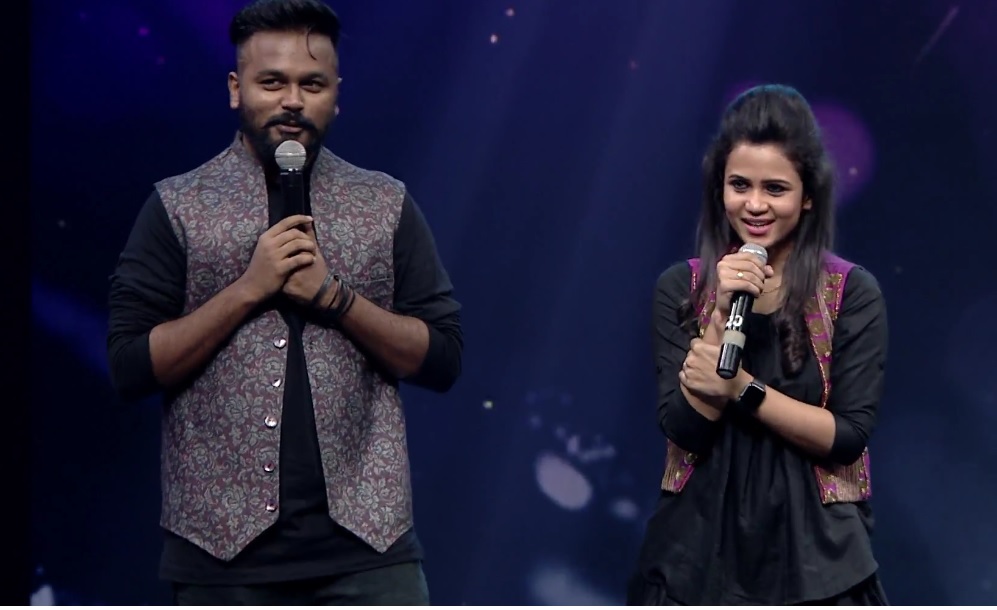 KPY Aranthangi Nisha- Riyaz:
Aranthangi Nisha is an Indian Actress and a Television star who become famous for her comedy skills. She had participated in Kalakka Povathu Yaaru Season 5 and bagged the Runner-up title. She made her acting debut in the 2018 Tamil film Kalakalappu 2. Her husband Riaz Ali is a junior tradesmen in Tnstc- TamilNadu State Transport Corporation. 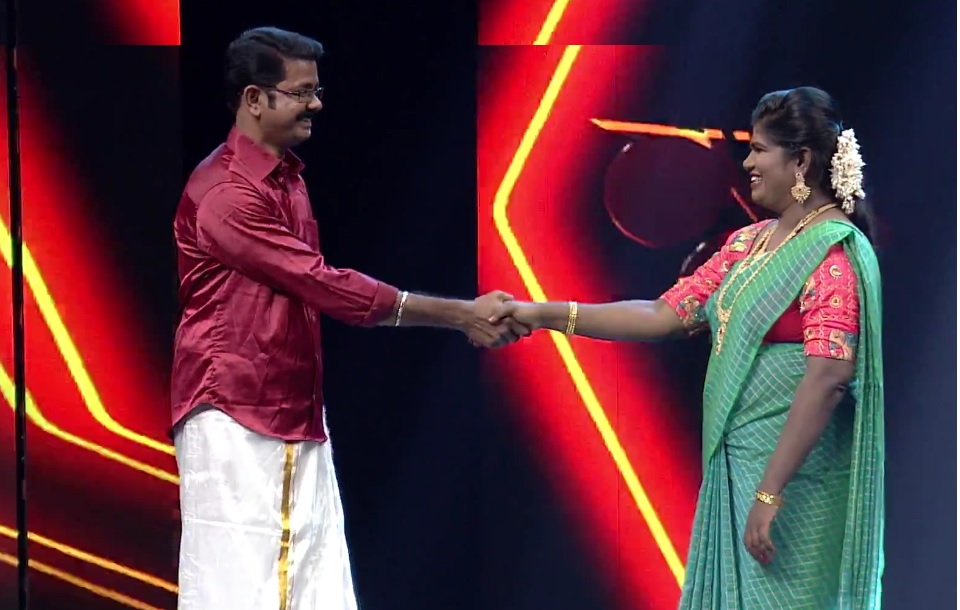 Actor Sankarapandian- Jayabharathi:
Shankara Pandian is an Indian actor, who is working in Tamil Television industry. He was born on 28th December in Madurai, Tamil Nadu. Pandian made his acting debut in the Tamil television serial “Thekkathi Ponnu” along with Bhuvaneswari, directed by P.Bharathiraja and produced by P.Jayaraj. His wife name is Jayabharathi. 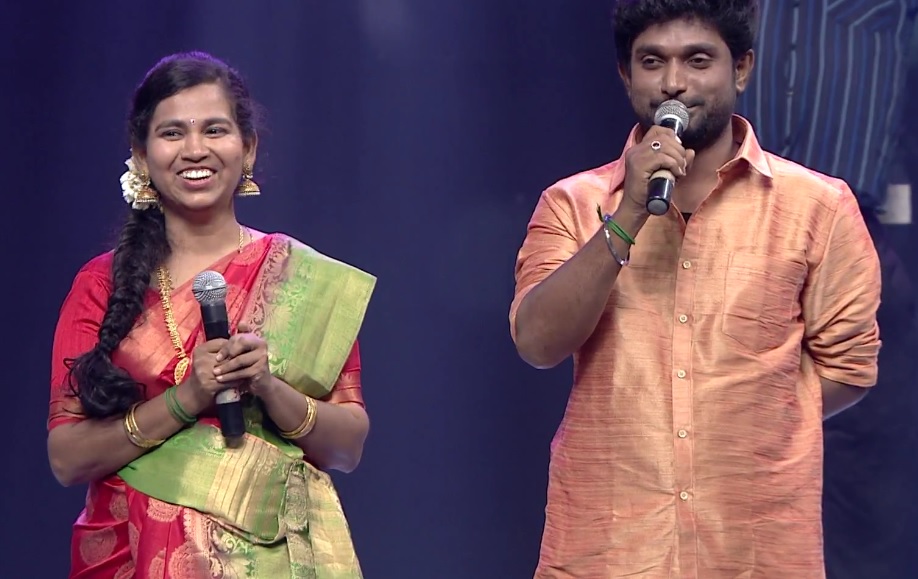 Singers Senthil- Rajalakshmi:
Senthil Ganesh is an Indian Singer who is famous for singing folk Songs. He has been singing at various places like temple festivals and village festivals. Senthil Ganesh is the winner of Super Singer 6 and bagged the prize of Apartment worth 50,00,000.

His wife Rajalakshmi is an Indian Folk Singer who is famous for singing folk Songs. She has been singing at various places like temple festivals and village festivals. She was trained in folk art together with her husband Senthil Ganesh. Rajalakshmi is currently one of the contestants of Super Singer 6 who is winning many hearts through her voice. 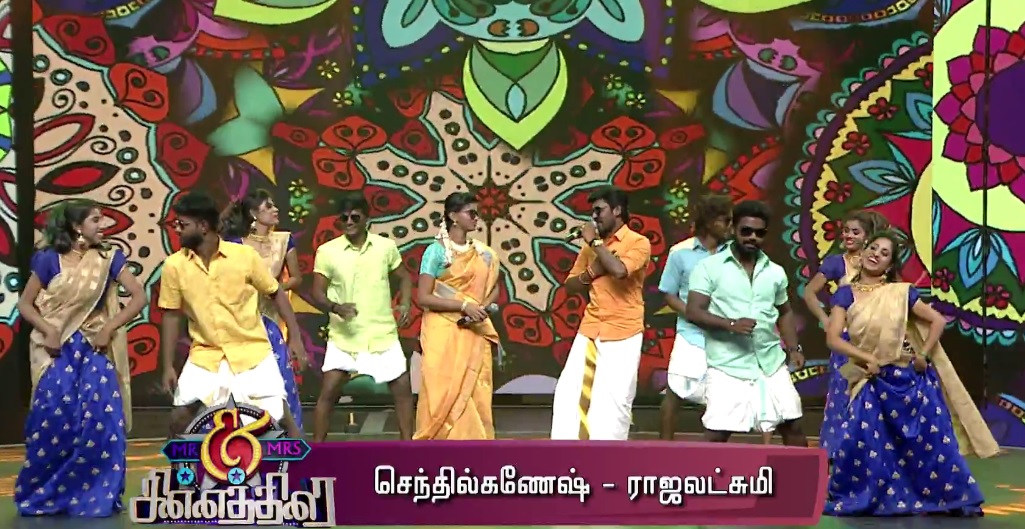 Actor Dhiraviyam- Rithu:
Dhiraviam Rajakumaran is an Indian Actor, who is working in Tamil television industry. He was born in Coimbatore, Tamil Nadu. Dhiru made his acting debut in the Tamil television serial “Eeramana Rojave” along with Pavithra, directed by Francis Kathiravan and produced by Signature Productionz. 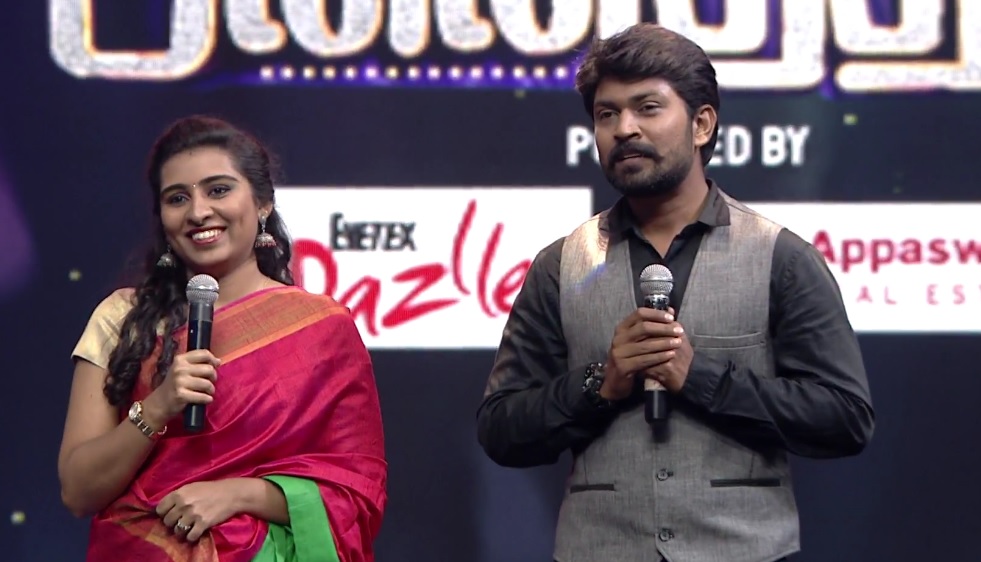 Siricha Pochu Thangadurai- Aruna:
Tiger Garden Thangadurai also called as Tiger Thangadurai is an Indian comedy actor, Gana lyricist and singer who works in Tamil film and Television industry. He is a mimicry artist who is famous for his timing comedy and variety of old jokes.

Tiger Thangadurai is an entertainer who makes people laugh at his humour sense. He is famous for a Television show called Adhu Idhu Edhu which was telecasted in Vijay TV. His wife name is Aruna. 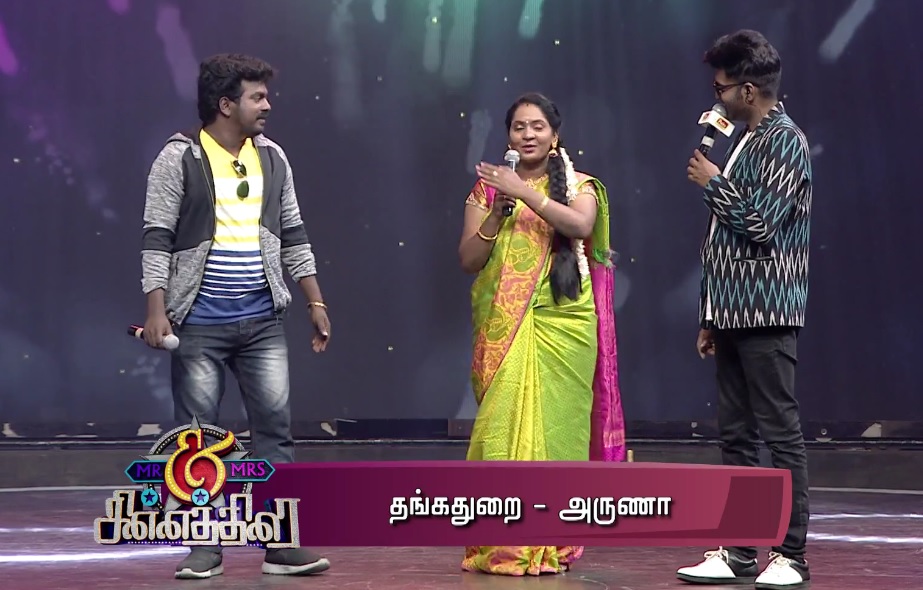 Singer Anthony Daasan- Reeta:
Anthony Daasan is an Indian traditional Tamil folk musician, who recently entered into the Kollywood film industry. He made his debut song Dindukallu Dindukallu for the movie Dindukal Sarathi along with Graci, Chinna Ponnu the song was composed by Dhina in the year 2007.

Recently he has sung a song Vellakara Velayi for the movie Kadaikutty Singam which was composed by D. Imman. His partner is Reeta.

Actress Priya- Prince:
Priya Prince is an Indian film actress and anchor, who worked predominantly in Tamil film and television industry. She made her acting debut in the Tamil television serial “EMI-Thavanai Murai Vazhkai” along with Vikram, directed by M. Iniyan Dinesh.

She has also acted in some well-known serials such as EMI-Thavanai Murai Vazhkai and Mappillai. Priya recently become popular after she acts the leading role in Tamil Kadavul Murugan serial along with Sasindhar Pushpalingam in Vijay TV. 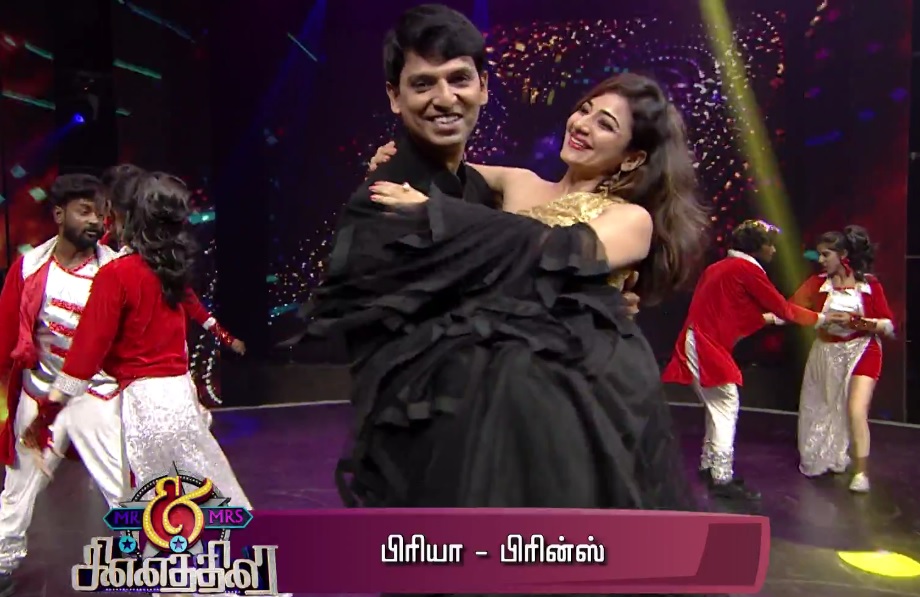 Actress Farina- Rahman:
Farina Azad is an Indian Actress & Anchor, who is working in Tamil television industry. She was born in Chennai, Tamil Nadu. Farina made her acting debut in the Tamil television serial “Azhagu” along with Naresh Eswar directed by Ravi and produced by Vaidehi Ramamurthy. She married Rahman. 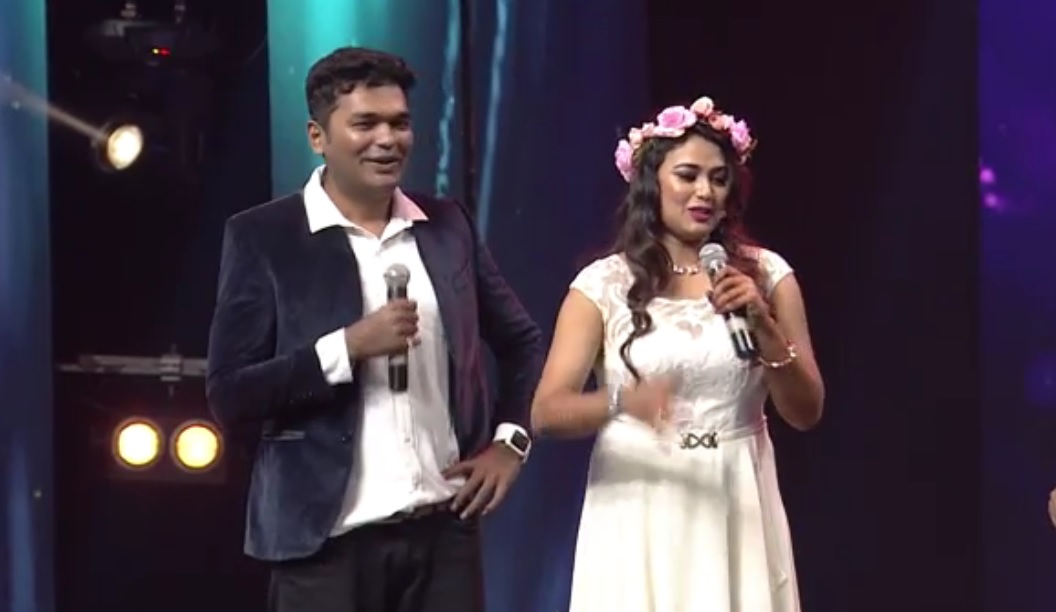 Actor Karthik Sasidharan – Priya Subarnan:
Karthik Sasidharan is an Indian Actor, who is working in Tamil Film and Television industry. He was born on 17th August in Palakkad, Kerala. Karthik made his acting debut in the Tamil television serial “Thayumanavan” along with Kalyani, directed by Kathir. 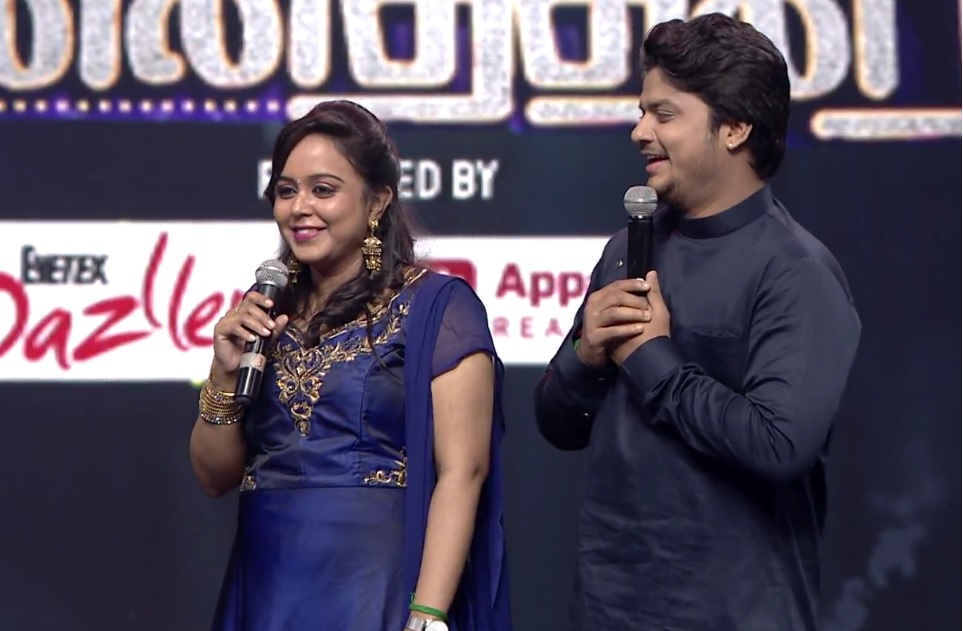 Small screen actors and their real life partners come together on an exciting journey, with Gopinath, Devadarshini, and Bigg Boss Vijayalakshmi on the judges’ panel. 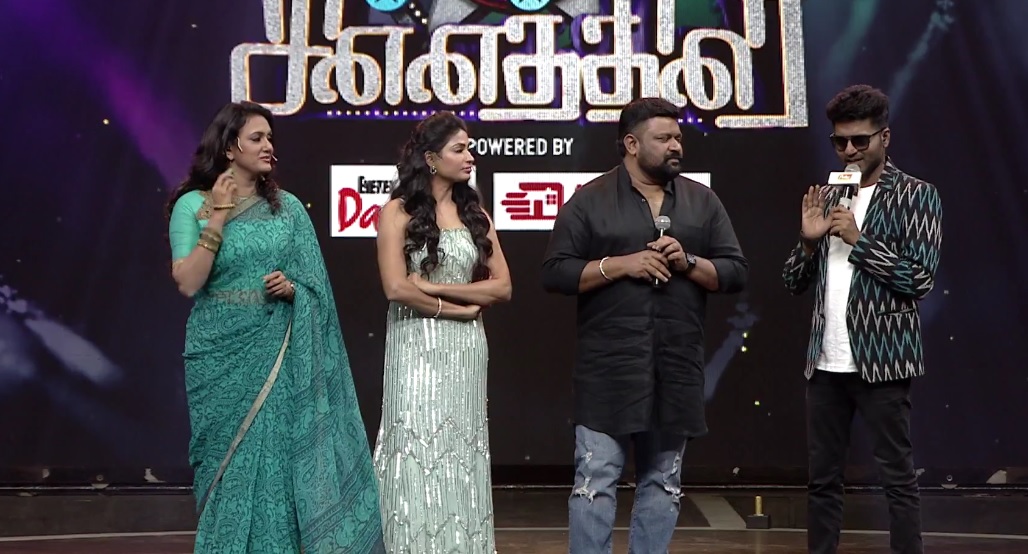 The one celebrity couple who are super talented with multi-tasking capabilities will win the title ‘Mr and Mrs. Chinnathirai’.