Bigg Boss is a Tamil reality show in its truest essence, aired on Star Vijay. With a 105 days of unadulterated drama, excitement, anticipation, fun, and of course, superstar Kamal Haasan as the host, this is a show you can’t afford to miss. 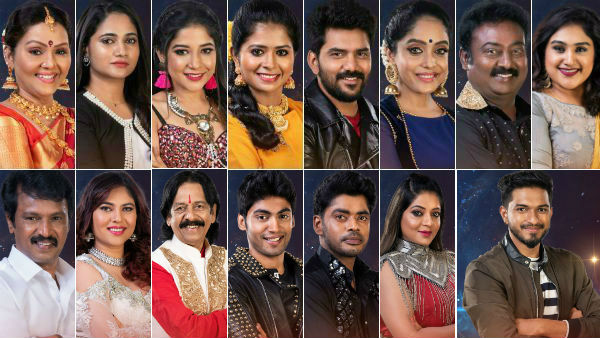 Nominated Contestants for this Week

Viewers can save their favourite contestant by casting their votes online. Viewers have 10 votes per day. Voting ends midnight, every Friday. 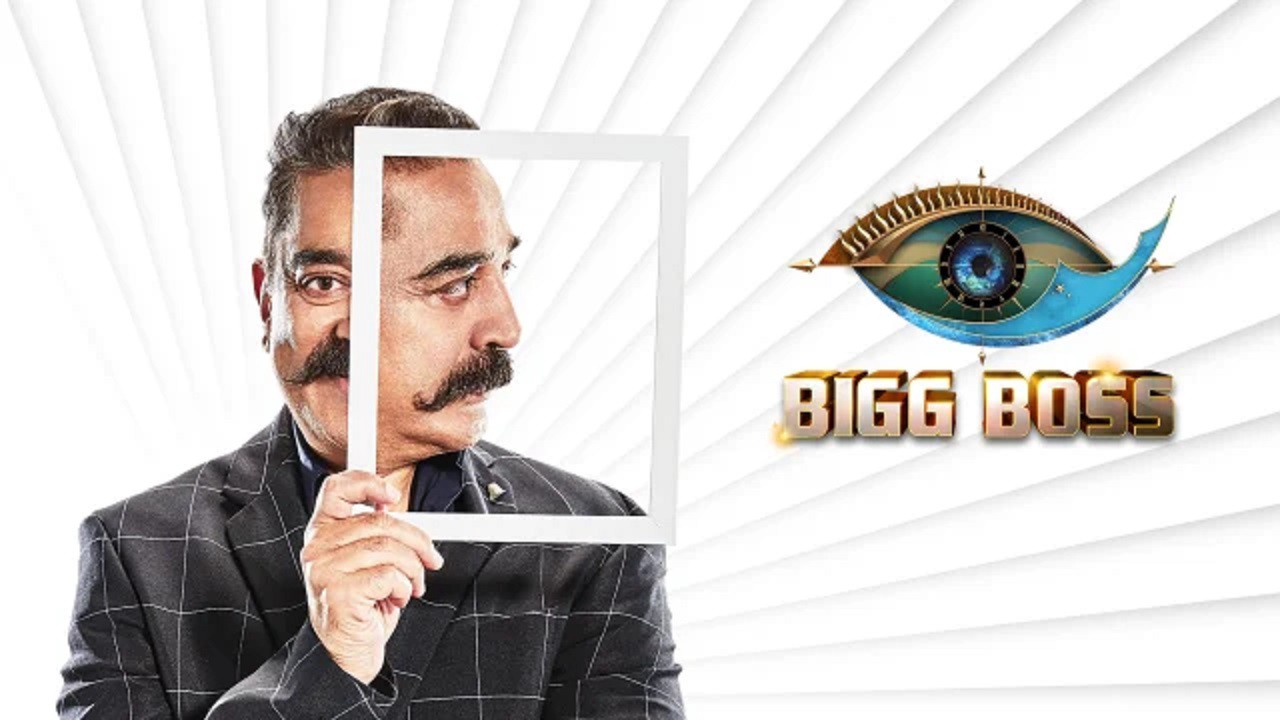 Voting Modes :
The viewers interested in the poll can participate by choosing any of the two (2) mechanisms as mentioned below and shall be subject to the respective mechanisms requirements and rules.

The viewer can cast his/her vote for saving the Shortlisted participant, by dialing the number assigned for each participant and registering their vote through a missed call.

Note :
Only a maximum of 10 votes will be allowed per Phone Number during a Voting cycle.

A viewer interested to cast his/her vote, by using Hotstar Android Applications, will be subject to the following

Steps :
Step 1 : Go To Google Play Store and download the Hotstar application (If You Don’t Have Already).
Step 2 : Open the Hotstar Application and sign in with your E-mail ID or Phone Number.

Step 5 : Nominated contestants will be shown there with pictures. 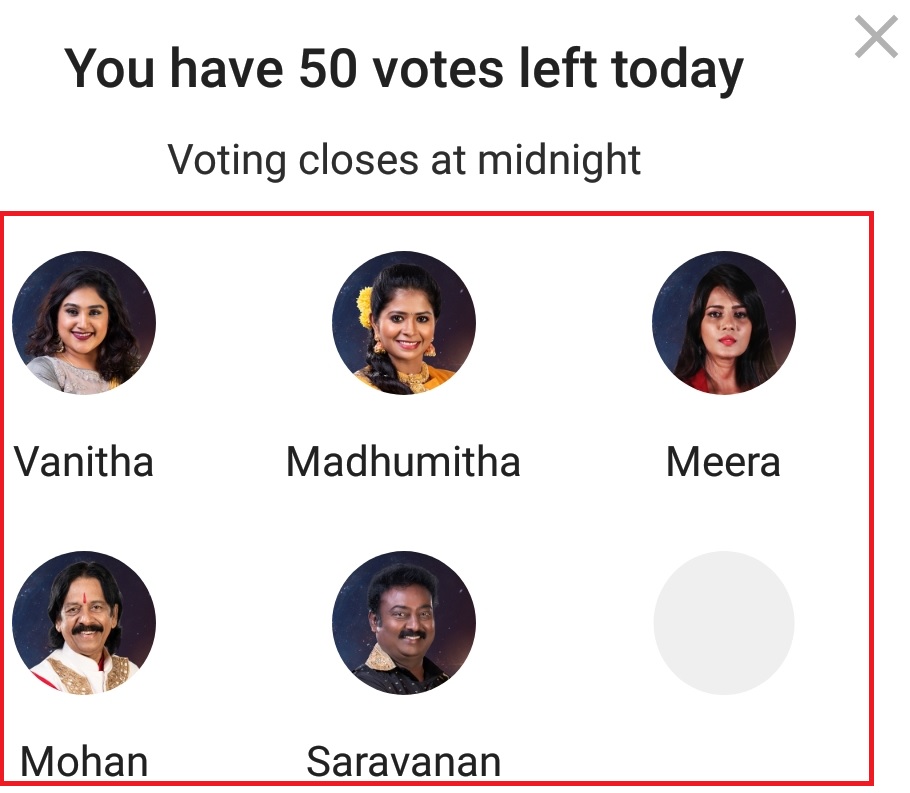 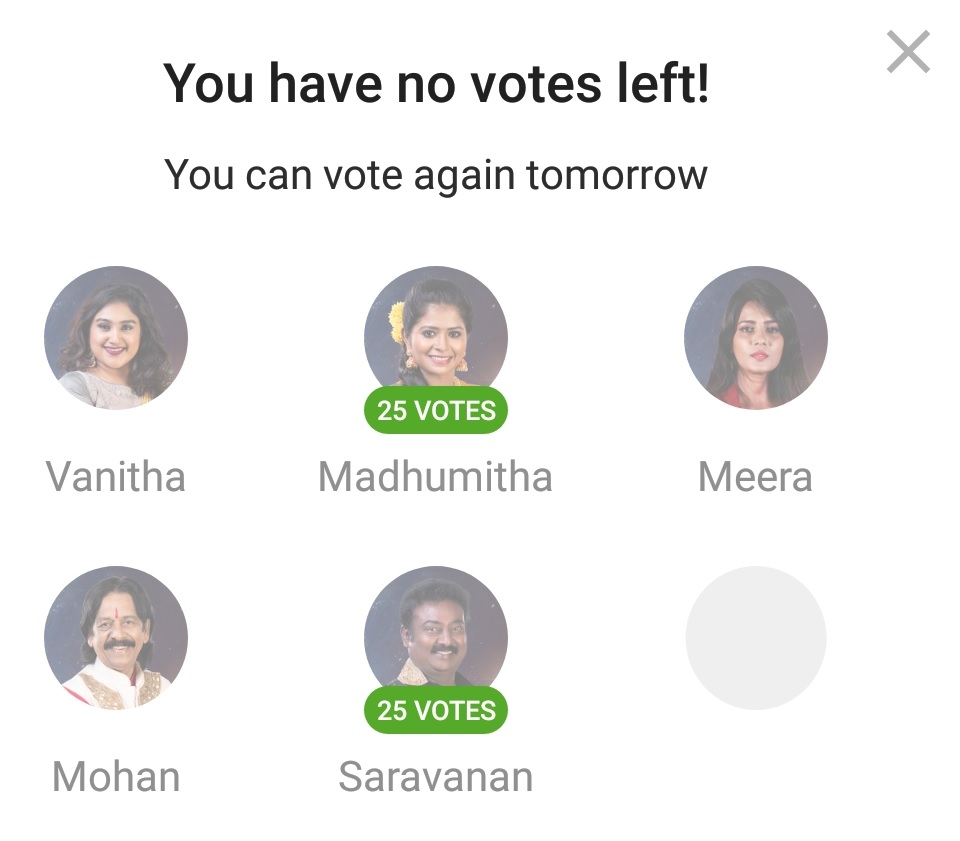 Note :
You have 50 votes each day to vote for Bigg Boss Tamil 3.

** The public votes get 100% weightage in deciding the eviction of a Shortlisted Participant at the end of each Voting Cycle.
** The Voting Mechanism will be announced during the telecast of the Program on the Channel.

** The Viewer will not be charged in the Missed Call Mechanism to cast the votes.
** The Viewers will not receive any SMS or email confirmation for the votes cast by them during the period.