Star Plus Dance Plus 5 Voting

Star Plus aired Dance Plus reality Show Season 5 is becoming more and more Interesting every next Day. Top 10 Dancers Contestants have been Selected and now Its Time for the Public Voting.

The viewers interested in voting must be above the age of 18 years and a citizen and resident of the Territory.

1. The Program is a dance based reality program wherein contestants between the ages of 5 (five) years and 55 (fifty-five) years, who are citizens and residents of the Territory individually

2. On the basis of their dancing skills including versatility, technique, style, overall stature of their performance, ideas, entertainment factor, uniqueness and personality and such other criteria as determined by the Company in its sole discretion. Remo Dsouza who is the Super judge on the Program, shall award scores to each Contestant per week.

3. The scores awarded by Remo Dsouza were considered for the selection and shortlisting of the final top 10 (ten) Contestants or as decided by the Company. These Final Contestants, shall thereinafter perform and compete against each other in the further upcoming televised episodes /rounds of the Program.

3. It is clarified that the Final Rounds of the Program shall tentatively commence from January 13, 2020 onwards and will continue till February 16, 2020, or such other dates, as may be decided by the Company from time to time, in its sole discretion.

The Voting for the Final Rounds shall be conducted via:
(i) votes cast by Viewers via missed call, in the manner described under these Voting Rules (“Missed Call Voting Mechanism”); and
(ii) votes cast via the mechanism available on the www.hotstar.com. 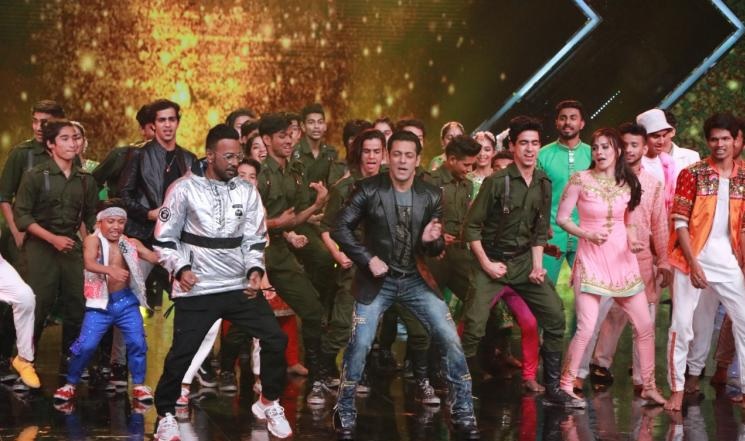 The Missed Call Voting Mechanism (as detailed in clause 5) will commence and close for the episodes of the Final Rounds of the Program, as detailed hereinbelow, in the Territory.

The Missed Call Mechanism is as provided below :

To vote during the Voting Period, the Viewers, shall through their landlines/mobile numbers dial the unique number of the Final Contestants (s) for who they want to cast their vote and give them a missed call.

The unique number for each of the Final Contestant (s) shall be as follows:

Once the Viewer has called a specific toll-free number associated with one Final Contestant 10 (ten) times (as detailed in Para (iii) below), a recorded message will inform them that the voting limit has been reached, post which the Viewer shall not be able to cast any more Missed Call Vote(s) for that Final Contestant.

(ii) It is clarified that during the Voting Period, each Viewer can cast a maximum of 10 Missed Call Vote(s) per particular Final Contestant from a single phone number which may be a landline number or a mobile number.

However:
a. Viewer(s) shall be free to vote for multiple Final Contestants by way of a maximum of 10 Missed Call Votes per Final Contestant, during the Period, through a single landline /mobile number.

(iv) Missed Call Vote(s) sent after the Voting Period will not be considered and shall be deemed null and void without requirement of any further intimation by STAR INDIA to the Viewer(s). The voting for those Final Contestants who have secured their positions in the Top 4 shall be closed after their selection and the Viewers shall not cast any more votes for them.