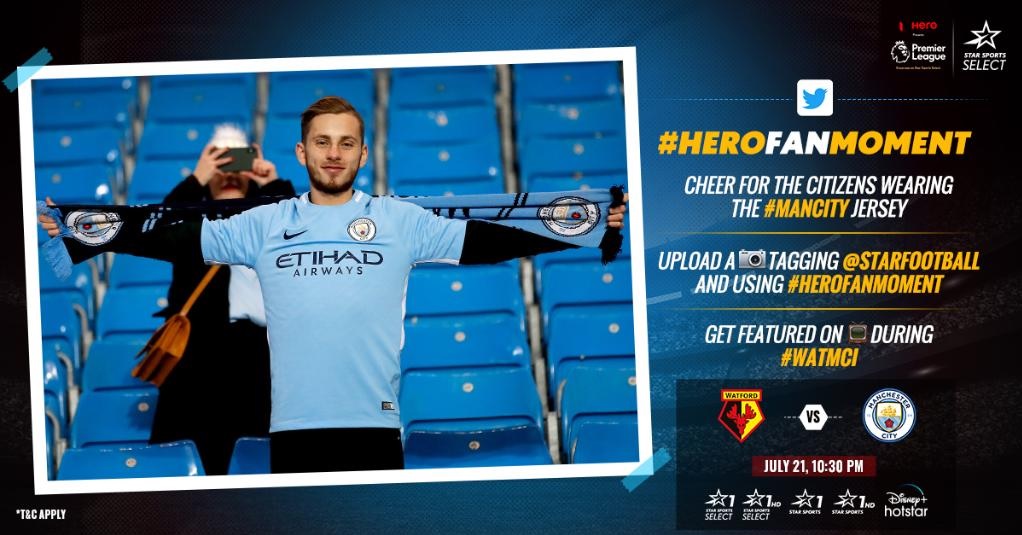 The Contest aims to is to promote the live telecast of the matches of the Premiere League on the Network and validate the fans of the League by encouraging them to share pictures of them wearing only those club’s jersey that will be playing during the Contest Period on Star’s Twitter Page.

** All the participants in the Contest must be citizens of India residing in India during the Contest Period and must be at least 18 (eighteen) years of age with a valid twitter accounts as on the date of participating in the Contest; and

** Participant must neither be an employee nor a relative of any employee of the League, STAR and/or Hero MotoCorp Ltd. or their respective affiliates.

** STAR shall invite people to participate in the Contest by posting an invite on Star’s Twitter Page with the rules of the Contest. 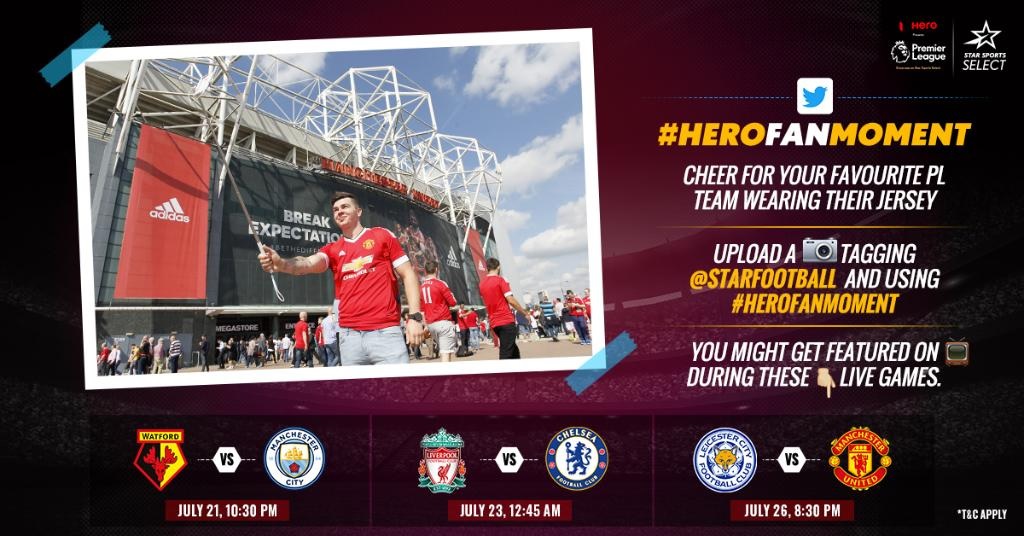 The Contest requires the Participant to upload/post pictures of the Participant wearing jersey of any of the six (6) clubs participating in the Matches during the Contest Period along with their name on their own twitter handles or as a direct message to Star’s Twitter Page.

** To be eligible, the Entry must include the hashtag ‘#HeroFanMoment’ and tag “@StarFootball”; and

** During the Contest Period, on or before 3 (three) pm on each Match day, the Participant can submit their Entry wearing jerseys of the relevant clubs participating on that given Match day.

It is further clarified that if for the match scheduled on July 21 st 2020, the Participant uploads a picture wearing jersey of any other club other than Watford and Manchester City including other 4 (four) clubs participating on other Match days, such an entry shall not qualify as a valid entry for that Match day.

** The Winners shall be selected on the basis of the quality of their Relevant Entries or such other criteria as STAR may consider appropriate. The decision of STAR in selecting the Winners from amongst the Participants shall be final and binding upon all the Participants.

** Participants shall provide such information as may be required by STAR from time to time. Any incomplete submission will be considered invalid for the purpose of the Contest.

** The Winners agree that feature of Relevant Entry in the Prizes cannot be transferred, negotiated, refunded or exchanged, as applicable.
** All Entries from the Participants as per paragraph 2(D) above must be received during the period indicated therein.

** STAR reserves the right to change the entry system/mechanism and/or cease accepting Entries for the Contest during the Contest Period for any reason or take any other steps in relation to the Contest as it may deem fit in its sole and absolute discretion.