Bigg Boss Tamil is an Indian Tamil-language version of the reality TV program Bigg Boss. The program follows the Big Brother format developed by Endemol in the Netherlands. Over three years, Bigg Boss has rolled out three seasons and ready to start its fourth season. Kamal Haasan has continued as a host for four seasons and broadcast by Star Vijay Channel. 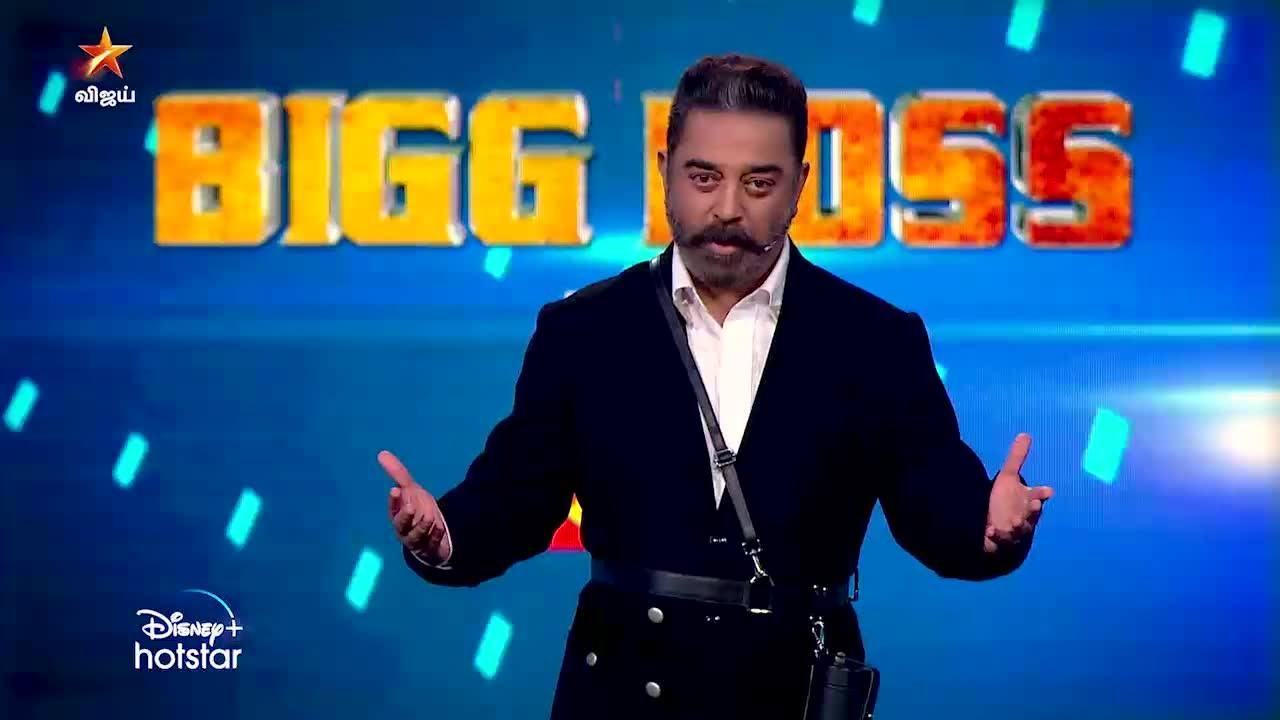 Bigg Boss Tamil 4 the Fourth season of the Indian reality TV series Bigg Boss. Kamal Hassan will be hosting the season for the fourth time. The show is set to launch on 4 October 2020 on Star Vijay, be broadcast on the channel through-out the week at 9:30PM, and available for streaming on Disney+ Hotstar.

1. Rio Raj :
Fantin Rio Raj is an actor and video jockey. He is best known as video jockey and actor in Sun Music and Star Vijay. Rio Raj started his career in Vijay TV as actor. He has acted in Kana Kaanum Kaalangal Kalooriyin Kathai serial in leading channel of Vijay TV. He is turned to anchor in Sun Music as VJ.

He is being part of Sun Music for past three long years and anchors different shows. In 2019, He appeared as a main lead actor in Nenjamundu Nermaiyundu Odu Raja under Sivakarthikeyan’s production. His first movie itself had special early morning fans show on 14th June 2019. 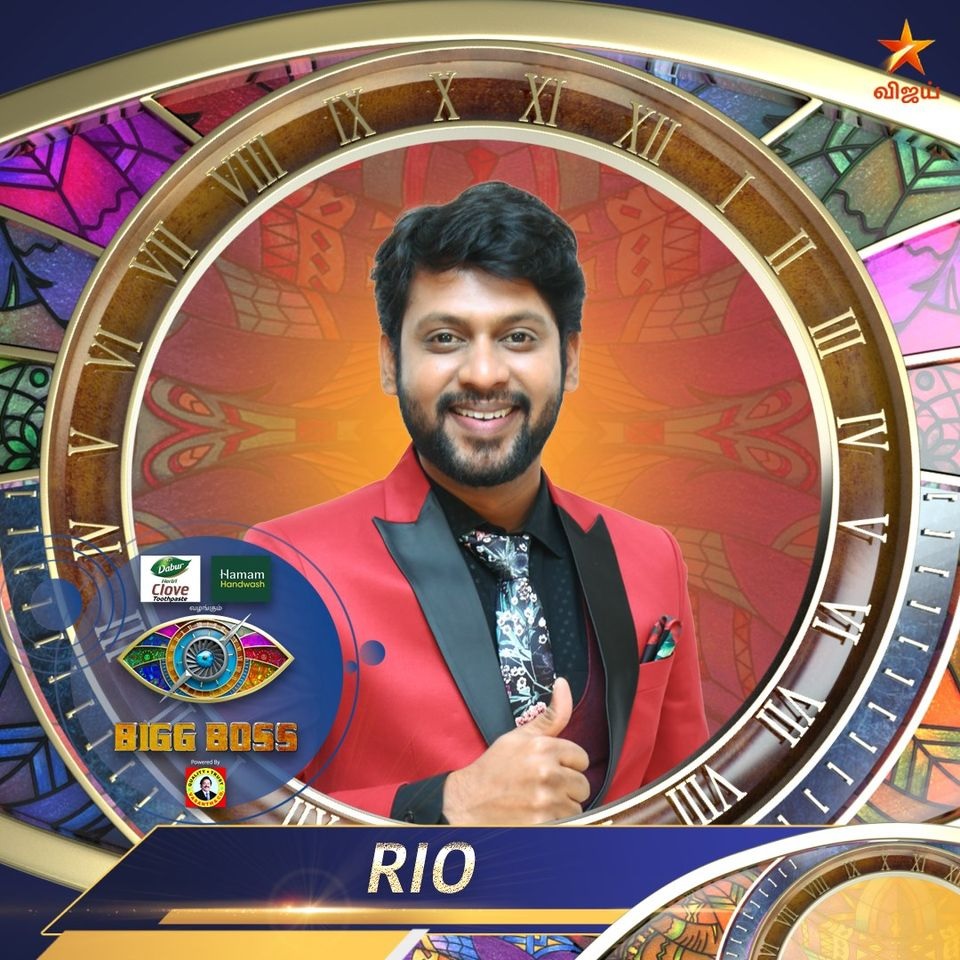 2. Sanam Shetty :
Sanam Shetty is an Indian film actress and model. She is the titleholder of Miss South India 2016. She works predominantly in Tamil and Kannada films. She used to work with Tata Consultancy Services as a Software Engineer before she stepped into the film industry. Sanam Shetty was engaged to Bigboss3 Tharshan Thiyagarajah in 2019.

Sanam’s first film was Ambuli, an experimental film, which was also the first stereoscopic Tamil film, with actor-director R Parthiepan, after which she did Cinema Company in Malayalam. 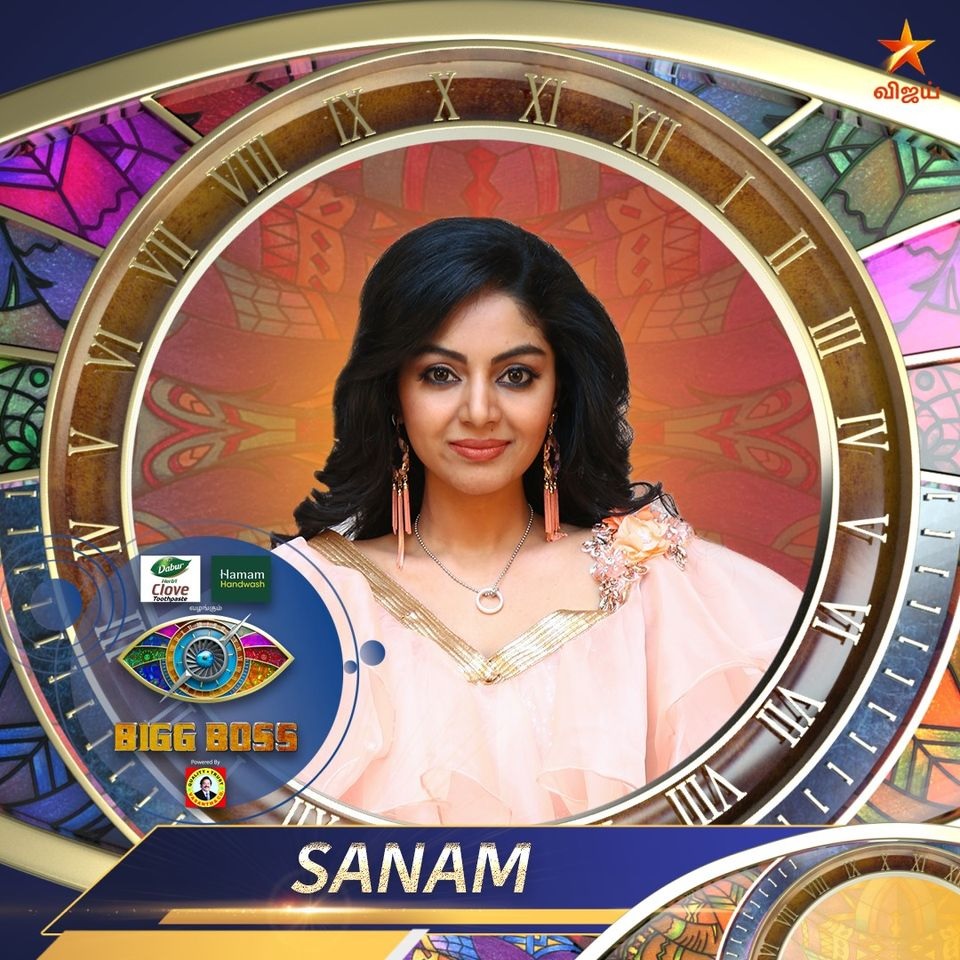 3. Rekha:
Sumathi Josephine, better known by her stage name Rekha, is an Indian actress who has acted in hit movies like Ramji Rao Speaking, and Aey Auto in Malayalam and, Punnagai Mannan, En Bommukutty Ammavukku and Kadalora Kavithaigal in Tamil. She was born in Kerala and completed her studies at Ooty in Tamil Nadu.

She now works in TV, mostly in serials, and does occasional supporting roles in films.She won the Filmfare Award for Best Actress – Malayalam for the film Dasharatham. 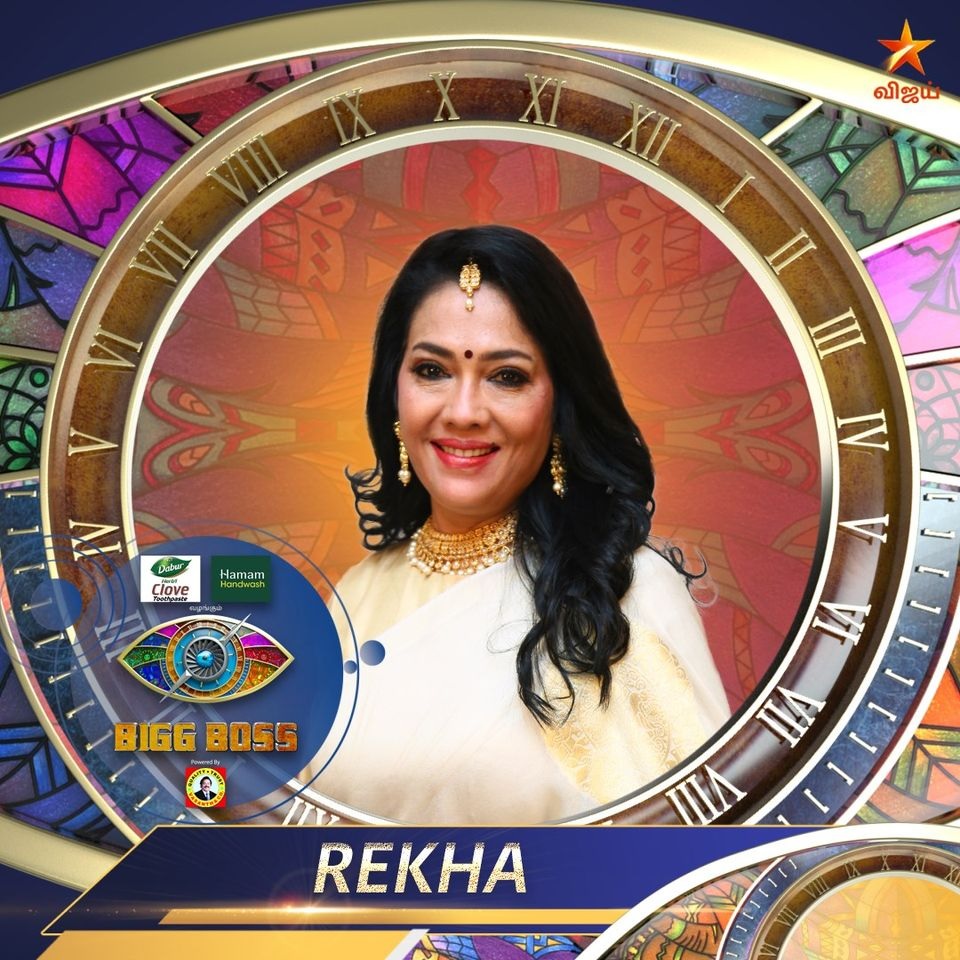 4. Bala Murugadoss :
Balaji Murugadoss is a well-known actor, supermodel, and entrepreneur in India. He represents India at many International modeling events and beauty pageants. He is mainly known for holding many modeling titles and for his incredible acting in the Tamil movie “Tyson”. 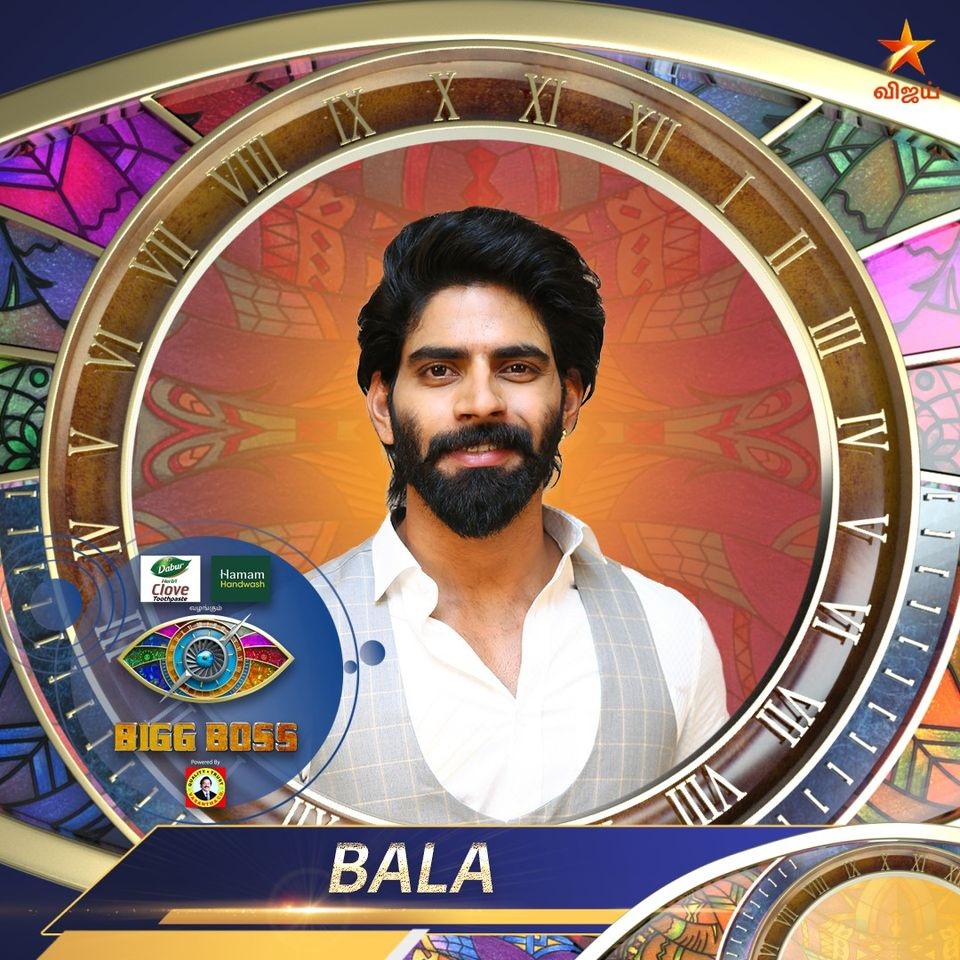 5. Anitha Sampath:
Anitha Sampath has been a news anchor on Sun News channel for years. Anitha Sampath has acted as a journalist in films including Gala, 2.0, Kaappan, Aditya Verma and Danny. She also runs a popular YouTube vlog in which she shares tips on makeup, travel etc and gives viewers an insight into her life 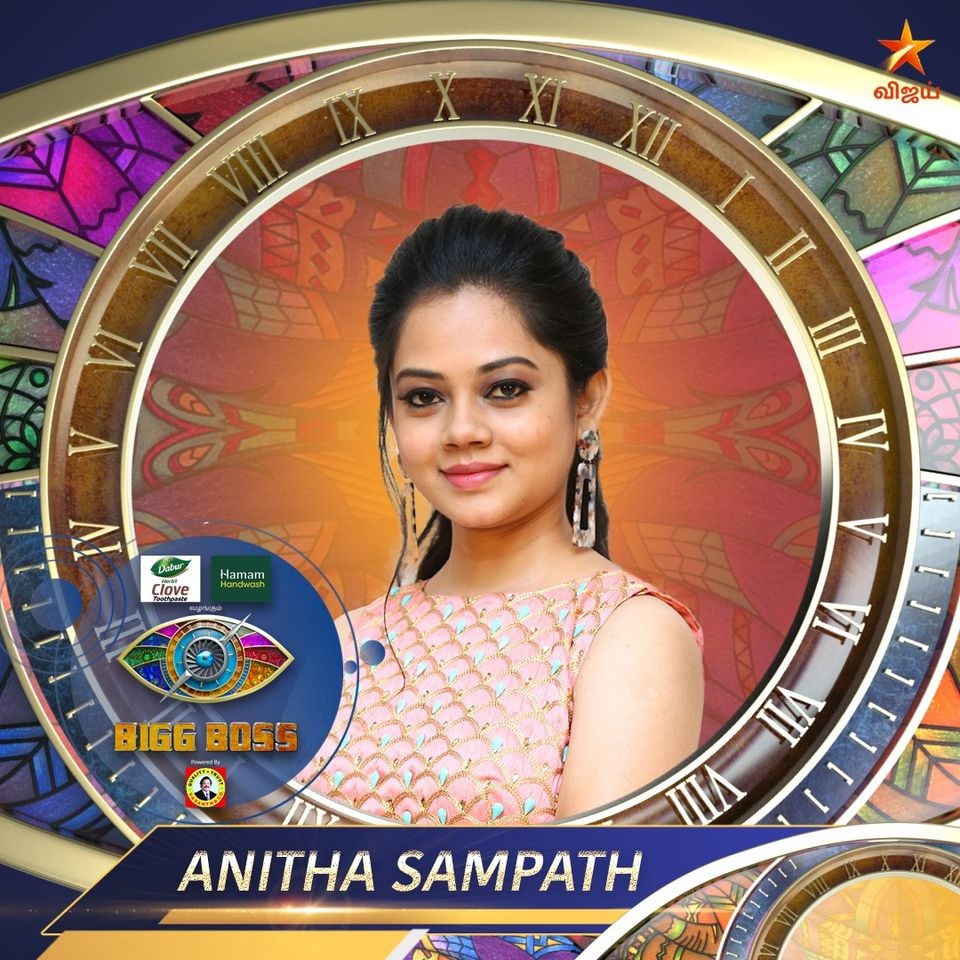 6. Shivani Narayanan:
Shivani Narayanan is an Indian actress and model who mainly works in the Tamil TV serials. She came into the limelight after playing the role of ‘Sneha’ in the TV serial, “Pagal Nilavu.” 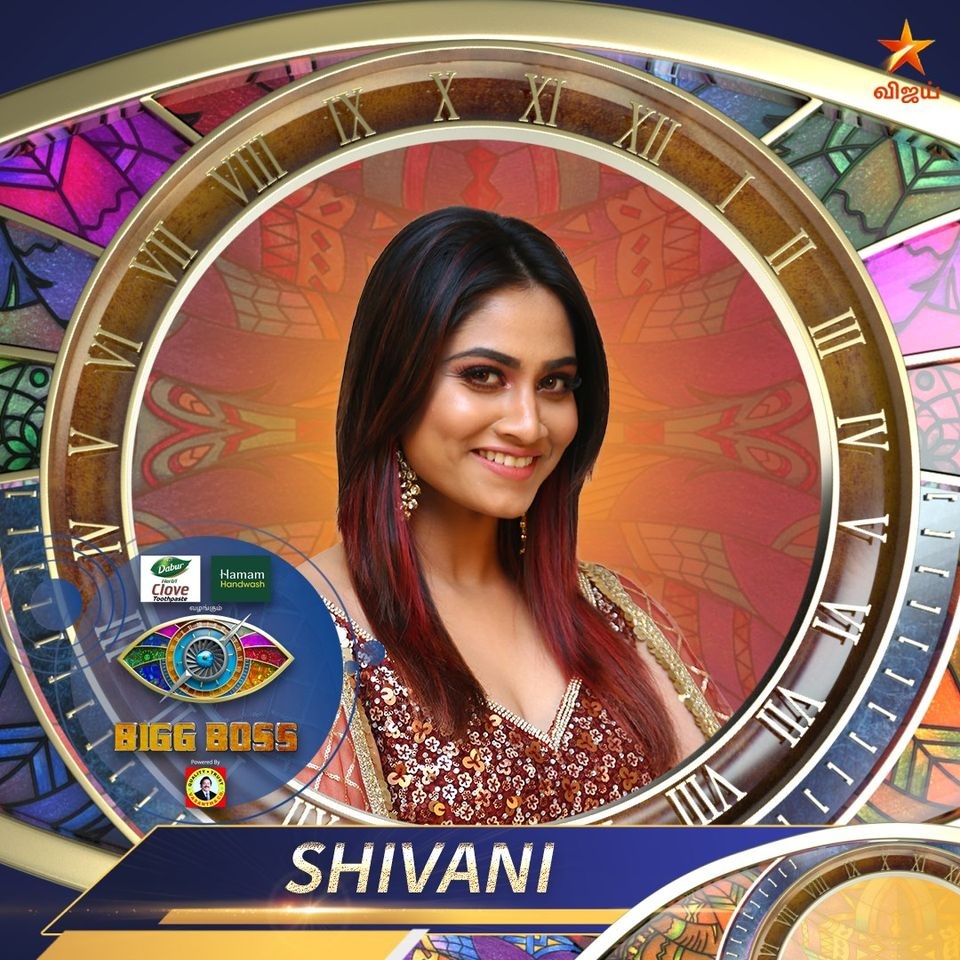 7. Jithan Ramesh
Ramesh Choudary also known by his stage name Jithan Ramesh, is an Indian film actor who works in Tamil and Telugu cinema. He is the third son of film producer R. B. Choudary and elder brother of actor Jiiva. He made his Tamil debut in the film Jithan (2005), which shot him to stardom, and, as of 2014, he became a producer for the film Jilla. 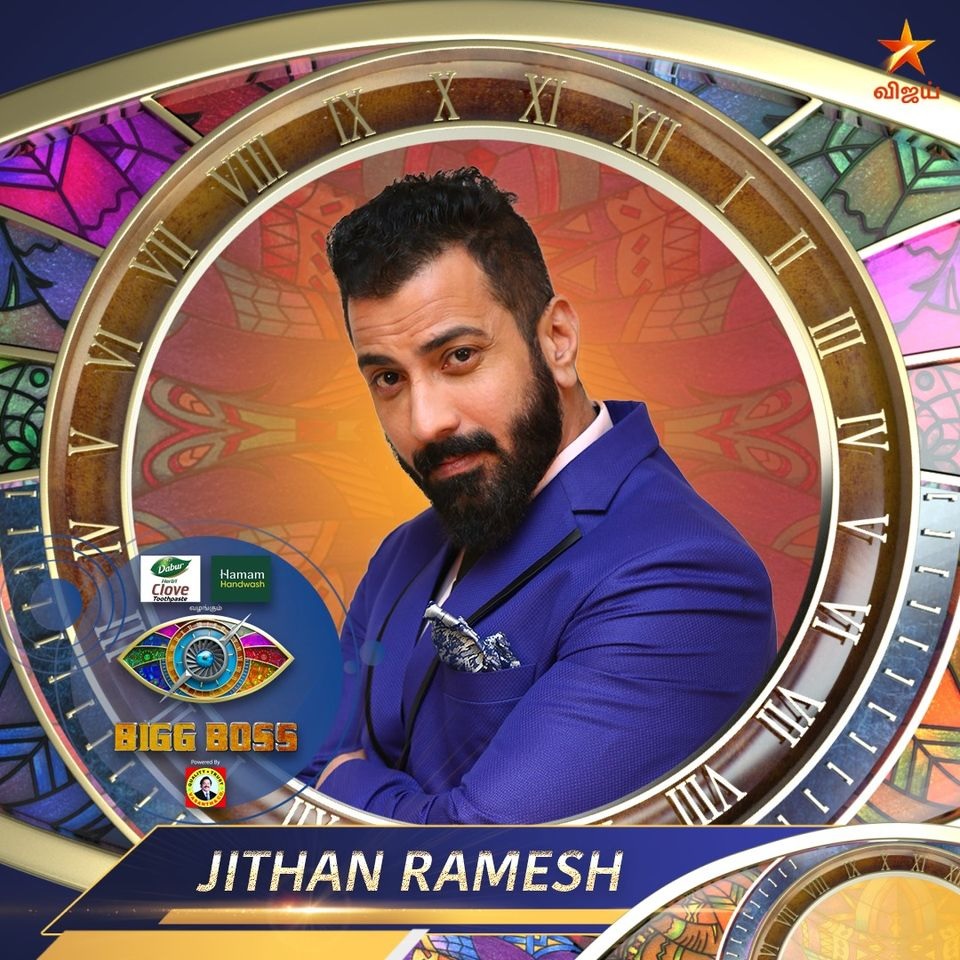 8. Velmurugan:
Velmurugan is a South Indian Tamil film playback singer, who shot to fame with folk songs like Madura in Subramaniapuram and Aadungada in Naadodigal and the recent Otha Sollala in Aadukalam. He considers being called by James Vasanthan as one of the turning points in his life 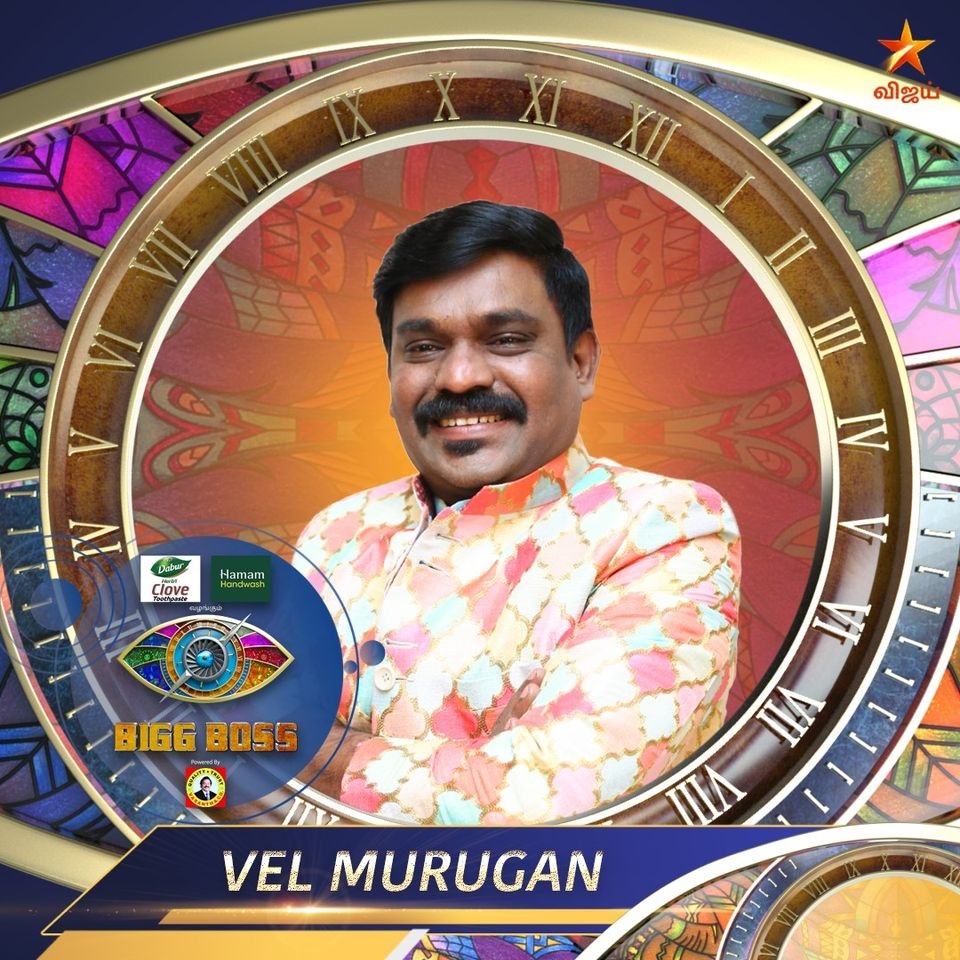 9. Aari Arjuna :
Aari Arjuna is an Indian film actor who has appeared in Tamil language films. He made his feature film debut in Rettaisuzhi produced by director Shankar, before having a breakthrough performance as Murugan in Nedunchaalai. Aari has also played an pivotal role in the supernatural thriller Maya. 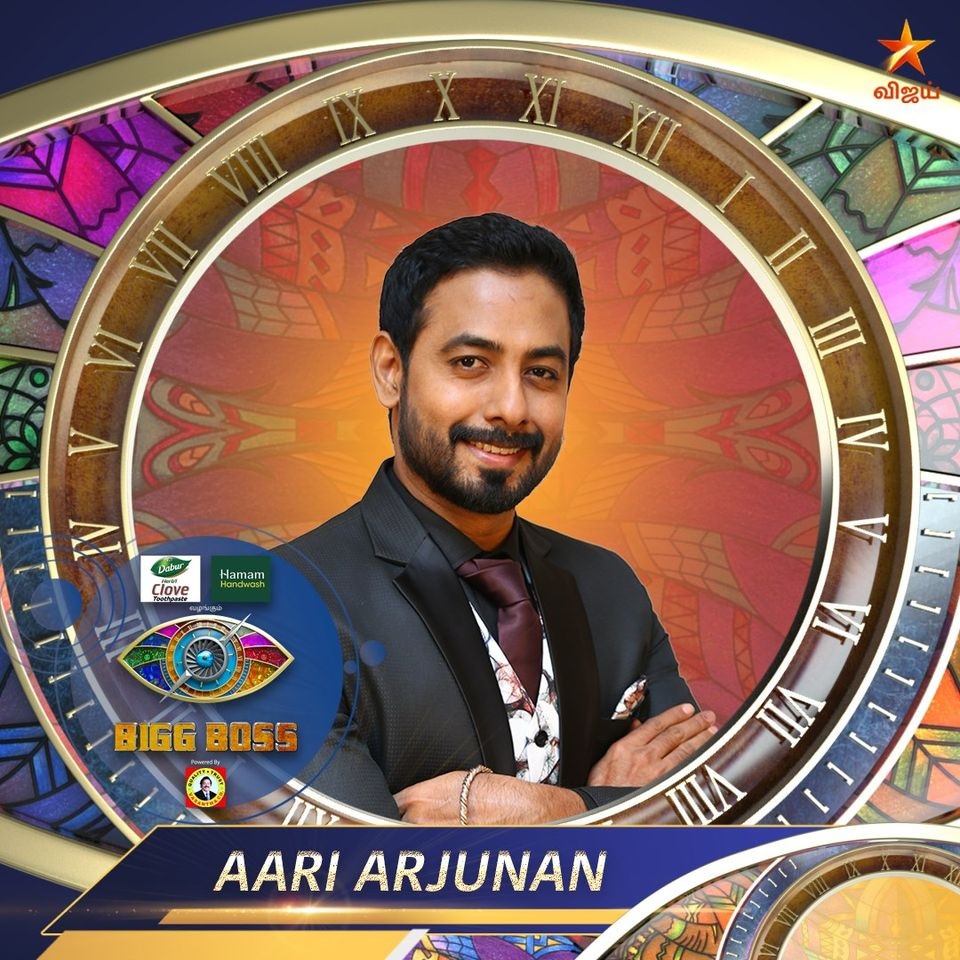 10. Somashekar:
Somashekar is a practising mixed martial artist who is trying to make it big in show business 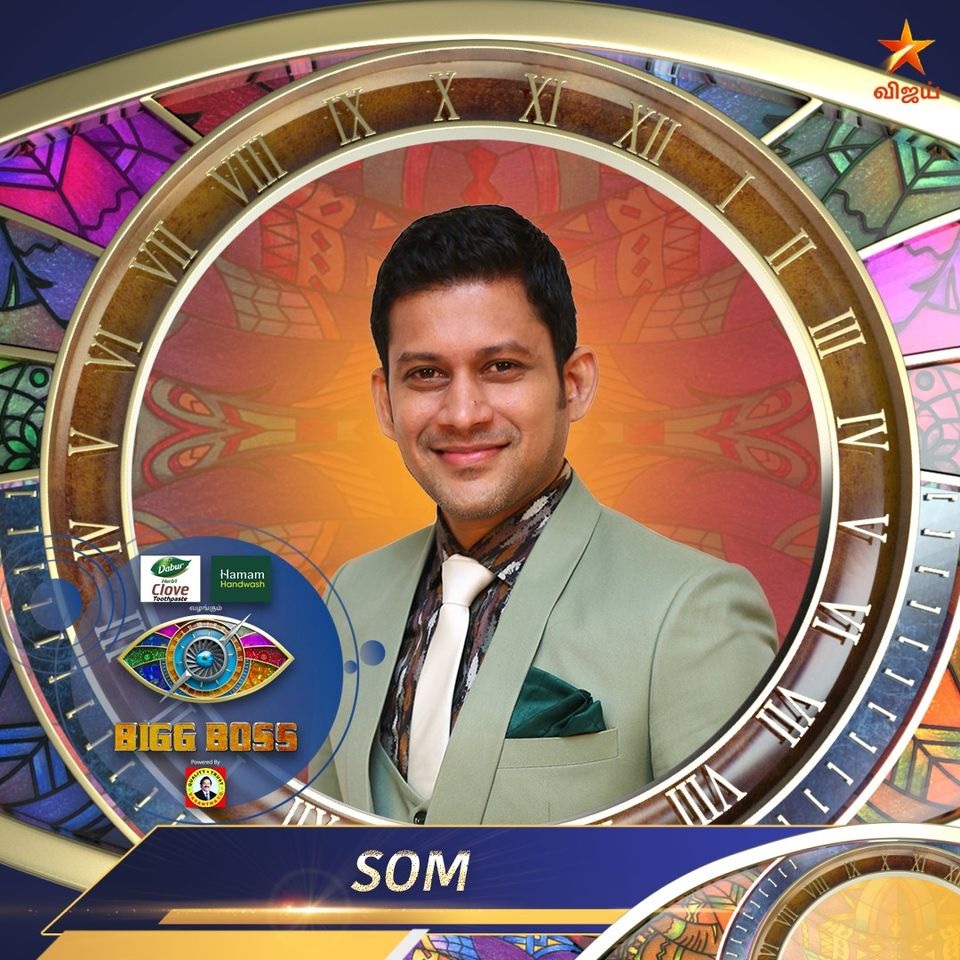 11.Gabriella Charlton:
Gabriella Natalie Charlton is a former child artist seen in Tamil movie and TV shows. She made her first appearance on a TV show in the dance program. She also won the title Jodi No season 6. Wikipedia 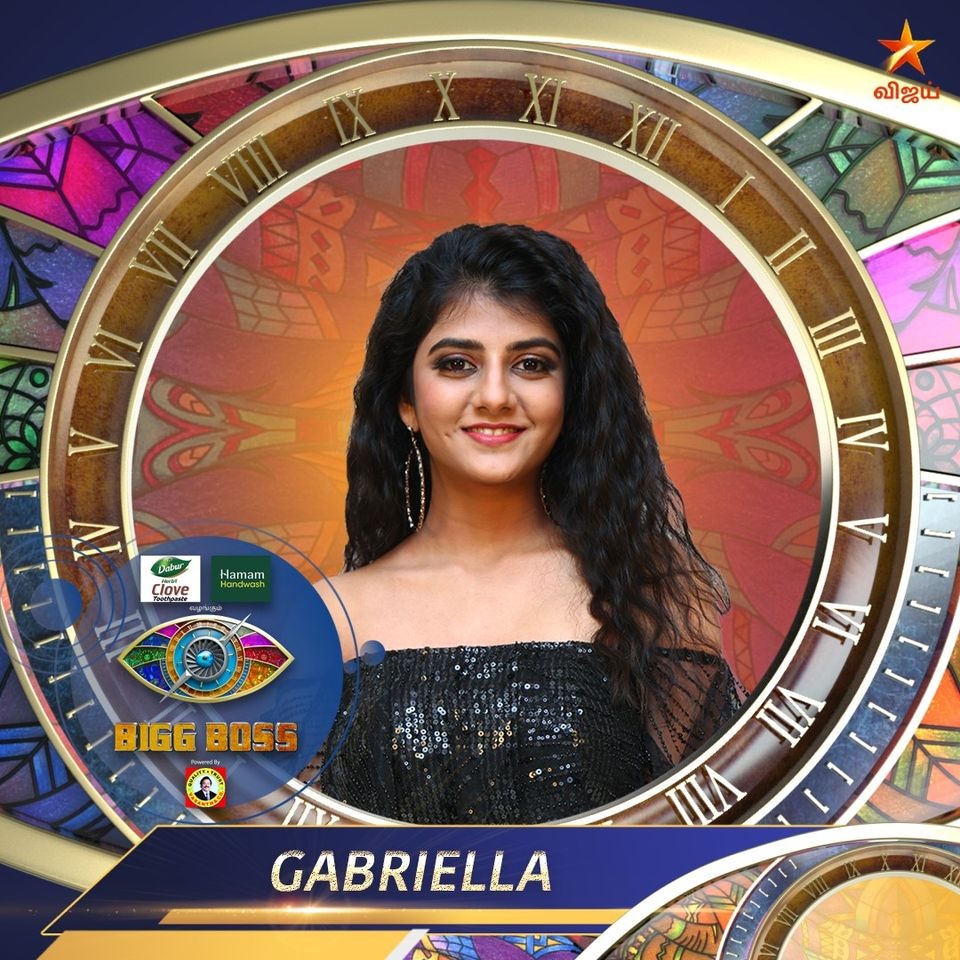 12. ‘Aranthangi’ Nisha :
Aranthangi Nisha is a Tamil stage performer and Tv and film actress predominantly works in Tamil cinema. She first appeared in “Kalakka Povathu Yaaru Season 5” a comedy reality show in Vijay Tv. She made her movie debut in Tamil movie Kalakalappu 2. She has acted with well-known stars like Dhanush, Vishal, Robo Shankar, and Nayanthara. 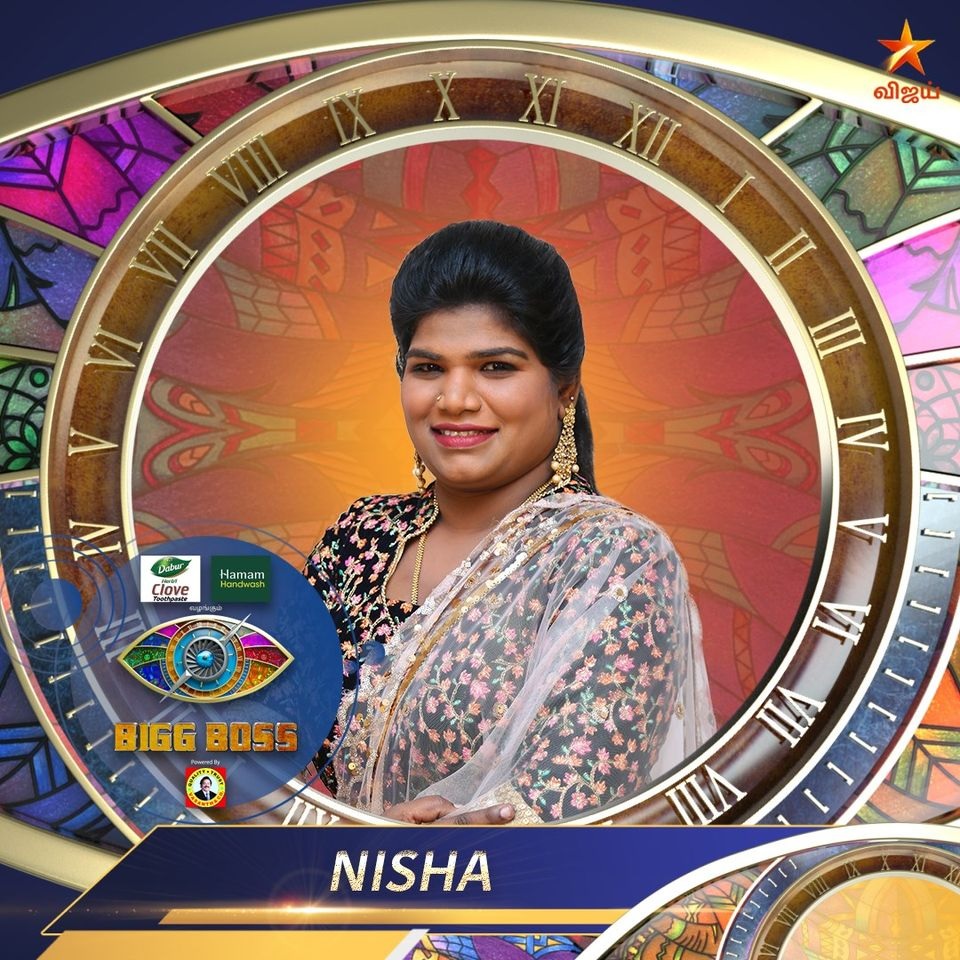 13. Ramya Pandian :
Ramya Pandian is an Indian actress who works in Tamil-language films. She is known for her role in Joker (2016). Ramya pandian studied biomedical engineering at Anna University and started working as a research and development analyst before being promoted to business development manager.

Her mother tongue is Tamil. Her uncle is actor Arun Pandian, who works in Tamil-language films. Her native is Tirunelveli. She is interested in organic gardening. 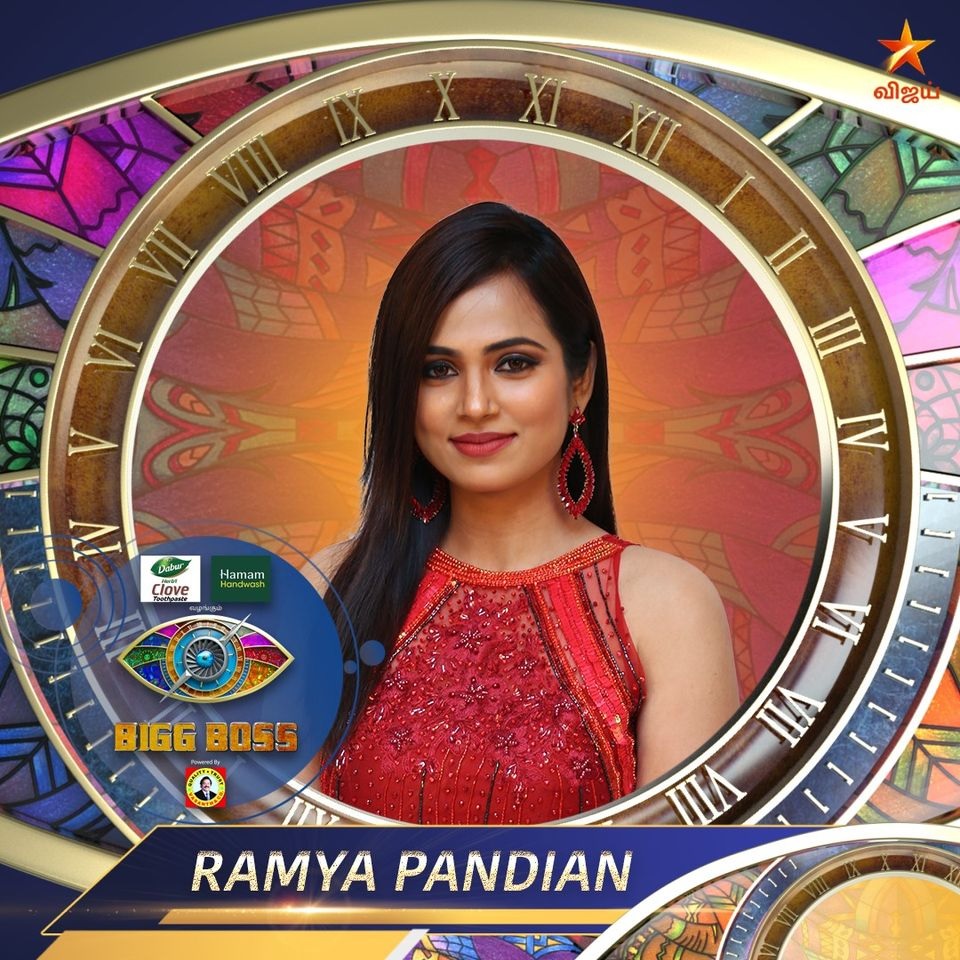 14. Samyuktha Karthik :
Samyuktha Karthik is an actress, model, nutritionist, dance instructor and an entrepreneur. Samyuktha’s claim to fame was her appearance in the Radikaa Sarathkumar’s show ‘Chandrakumari’ (as princess Rudhra). She made her silver screen debut with the Malayalam movie ‘Olu’. 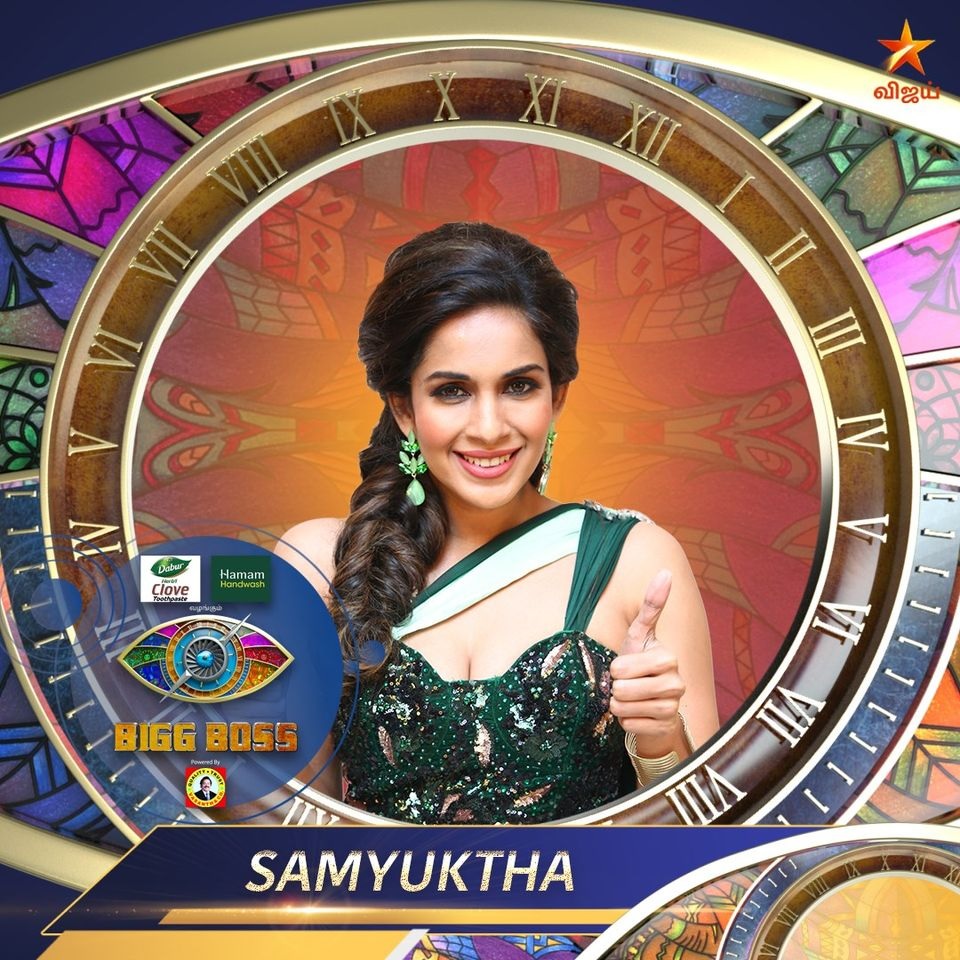 15. Suresh Chakravarthy :
Suresh Chakravarthy is an Indian film actor, director, who has worked predominantly in Tamil movie industry. Suresh is a part of Bigg Boss Tamil season 4 hosted by Kamal Haasan which telecast on Vijay TV. 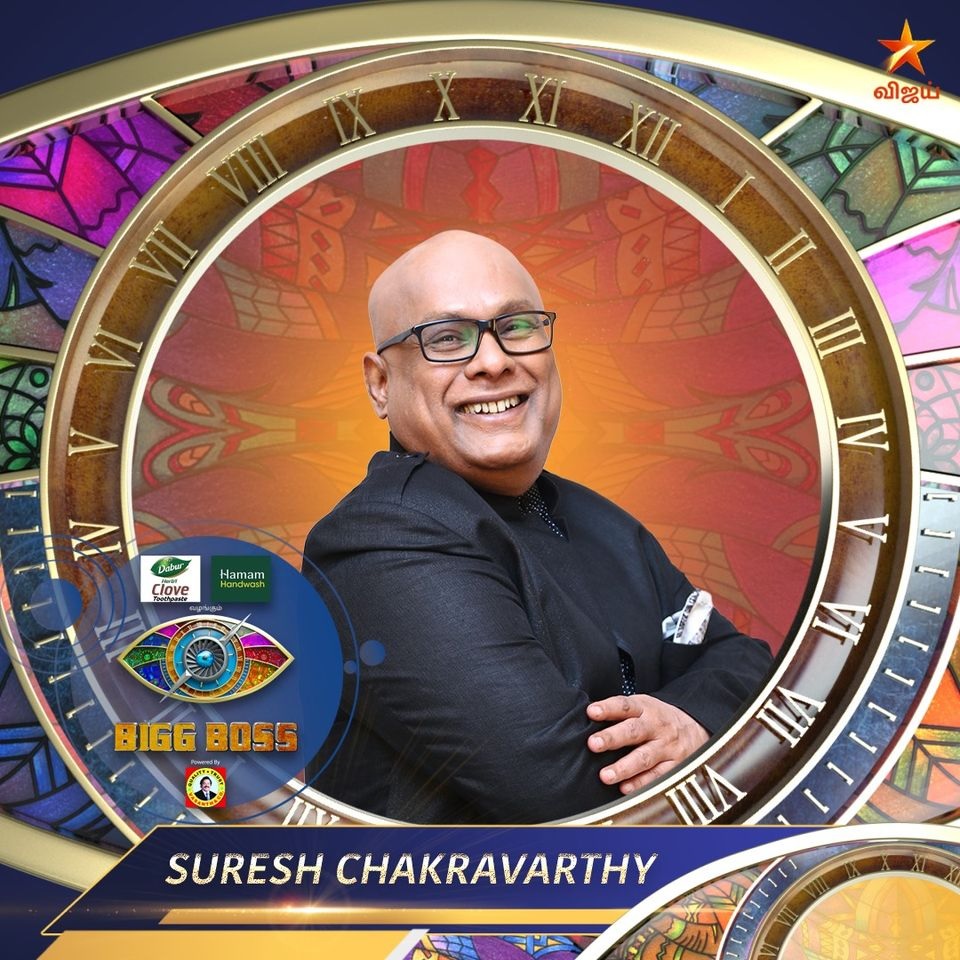 16. Aajeedh Khalique:
Aajeedh Khalique is an stage singer. He won the title in the show ‘Super Singer Junior Season 3’. Aajeedh is a part of Bigg Boss Tamil season 4 hosted by Kamal Haasan which telecast on Vijay TV. 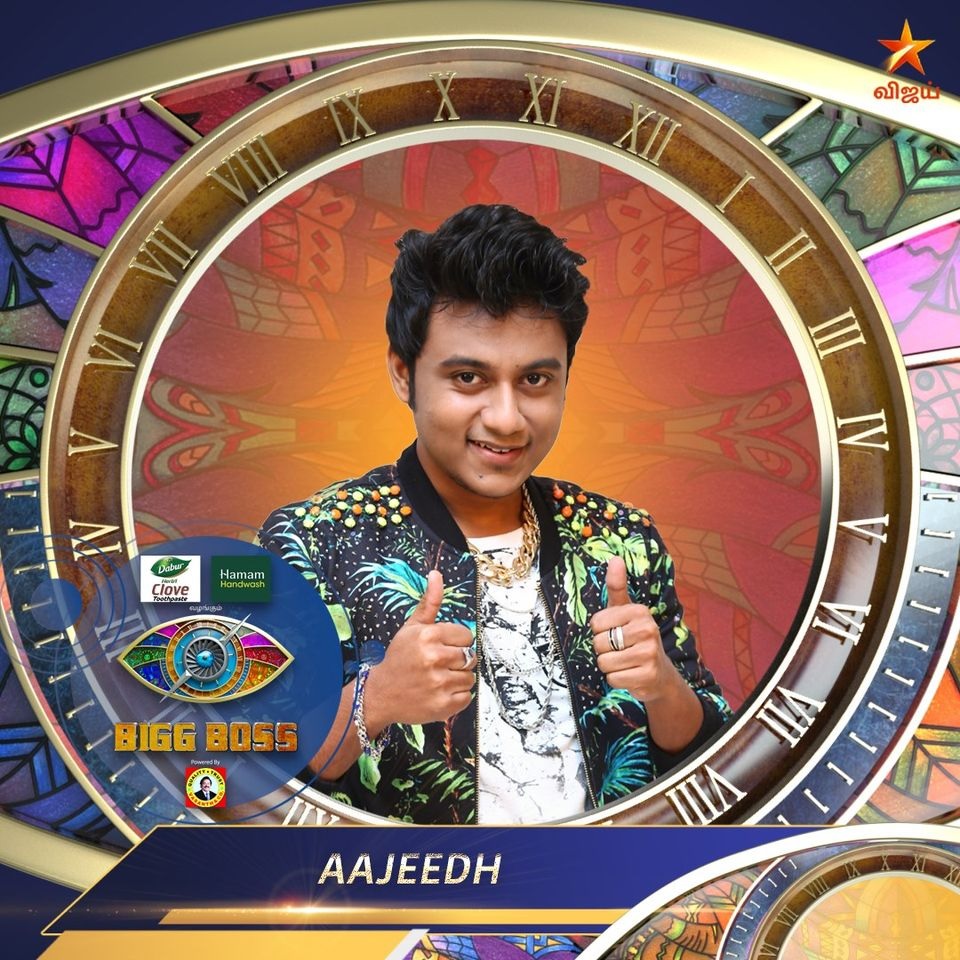