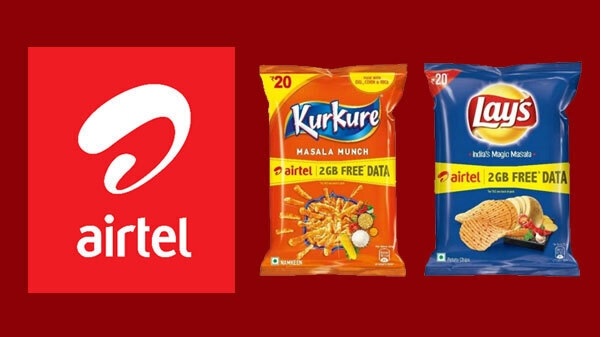 Promo is valid from 1st August, 2020 to 31st January, 2021, both dates inclusive, or till stocks last, whichever is earlier, in the territory of India.

** Promo is open to all Indian citizens residing in India, above 18 years of age. The Promo is not open to (a) the employees of Organizers and persons who are not “competent to contract” within the meaning of the Indian Contract Act, 1872.
** Where it comes to the knowledge of Airtel and/or PIH that any of the ineligible persons have participated in the Promo and/or received the Data Pack (as defined hereinafter), Airtel and/or PIH reserve the right to disqualify such person from the Promo and/or forfeit the Data Pack.
** The Participant should be a registered pre-paid user of Airtel mobile connection, with a verified mobile number on Airtel. The Participant must have subscribed to the Airtel Thanks App through the said pre-paid Airtel mobile connection.
** Where any person is not a pre-paid user of Airtel mobile connection, the Participant will have to first convert their mobile number into an Airtel pre-paid connection. Users can call on 18001031111 for availing mobile number portability (MNP) option.

** The Participant will need to purchase any Product (as defined above) to participate in the Promo, the Participant has to look on the inner wall inside the pack of the purchased Product, where he/she will find a code (“Airtel Code”)
** The Participant (recognized by his/her mobile no. registered on Airtel) can receive Data Pack under Promo up to a maximum of three times only during the Promotion Period, through use of three different Airtel Codes by purchase of three different Product packs.
** Participant shall not be eligible to receive the Data Pack on subsequent purchases of Products thereafter. Any participation without the Airtel Code or with an invalid code, will not be considered to receive the Data Pack.
** Participant shall, after obtaining the Airtel Code by purchasing the Product and follow the following steps to redeem the Airtel Code and receive the Data Pack:
** Download/open Airtel Thanks app (“Platform”) and log into their account.
** Go to Coupons section, enter the Airtel Code and claim it.
** Data Pack will get added to their account within One (1) Hour, subject to any exceptional circumstance including technical reasons and it can be redeemed any time during the Promotion Period.
** However, once redeemed, the Data Pack will be available for use for consecutive three days from the date of redemption, or till consumption of Data Pack, whichever is earlier.

** The Airtel Code can be redeemed only during the Promotion Period, and latest till 23:59 hours IST on January 31, 2021.
** The Airtel Code is valid for redemption only on the Platform i.e. Airtel Thanks mobile app and not on any other Airtel platform such as website.
** The Airtel Code is for one-time usage only and can be applied only once per Airtel linked mobile no.
** Only a maximum of three Airtel Codes from this Promo’s list of codes can be used per mobile no.
** This entering of the Airtel Code will be considered as the entry of the Participant.
** Entries are deemed to be submitted at the time of receipt of the Airtel Code into Airtel’s database, and not at the time of transmission by the participants.
** Organizers do not guarantee submission of Airtel Code(s) on the Platform and are not responsible in case the Airtel Code does not get submitted due to any reason, including network problem.
** The database of Airtel Codes maintained by Airtel shall be considered final and no correspondence in this regard shall be entertained.
** It is clarified that in addition to these terms and conditions, the Participant shall at all times be bound by the terms and conditions as imposed by Airtel on usage of its app, microsites, purchase of services etc.