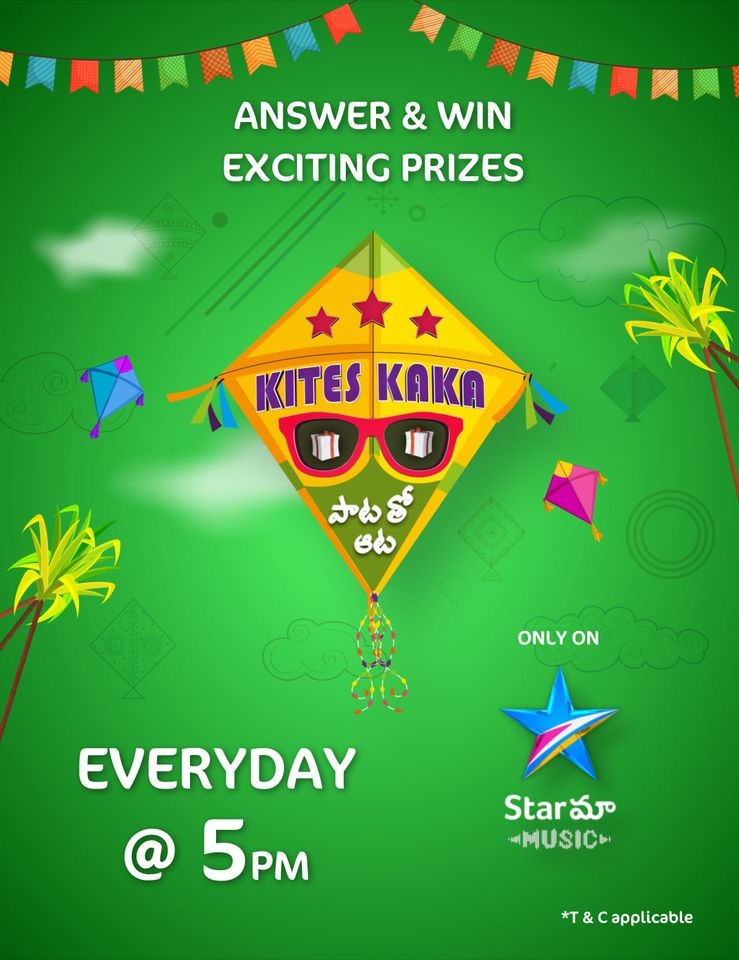 To participate in the Contest and to be eligible for the Prize, the interested Participant(s) shall be required to correctly answer the Question broadcasted on the Channel in the following manner, by sending Facebook Message in English/Telugu language by sending their answer to the facebook page facebook.com/starmaamusic during the Contest Period ; 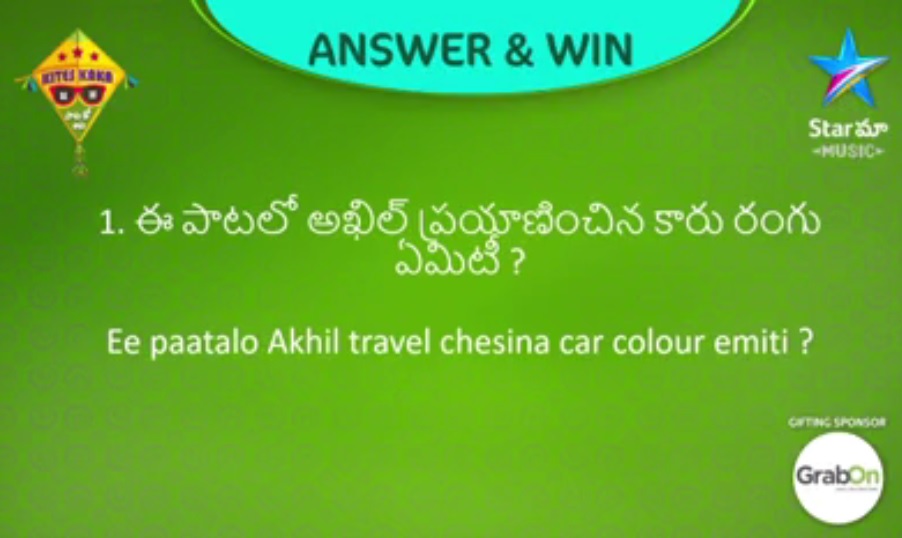 The Answer sent by the Viewer(s) will be deemed to be received when the Viewer receives a return message from “ STAR India”, “Congratulations, thank you for participating – you have won a gift coupon”.

** The Contest shall comprise of one general question for each song viz “Who is the Director this Film” which will be triggered on the screen of the Channel multiple times during the Contest Period between 05.00 p.m. & 06.00 p.m. during all the week days.

** The interested Participants may at any time during the Contest Period chose to answer the Question and stand a chance to win the prize.

** It is clarified that the Participant shall be required to provide the correct Answer to the question to qualify, to win the Prize. Answers having incorrect keywords or wrong answers shall be considered invalid and shall not qualify for the Contest.

** A Viewer may participate any number of times during the Contest Period using the same Facebook Account. It is further clarified that only the first Entry submitted by the Viewer shall be considered as the single and final entry for each song.

Multiple entries for each song by the Participant during the Contest Period shall be considered as null and void.

** For purposes of this Contest, “receipt” of Answer occurs when the Facebook account of STAR Maa records the Answer upon the Viewer(s) sending the Answer and the Viewer(s) receives a thank you message

** For the purposes of participating in this Contest, sending their Answer during the Contest Period by the Viewer(s) shall be considered as a complete and valid Entry.

For the avoidance of doubt, by submitting the Answer the Viewer (s) is representing that the Answer or contents thereof are not confidential or comprise any sensitive personal information.

** 5 winners for each song, on the basis of having made a valid Entry and he/she sending the correct Answer in the manner as stated hereinabove shall be shortlisted by STAR India by way of random selection through Randomizer, at its sole discretion shall be declared as winner(s)

** Winner(s) will be contacted by STAR India on the registered Facebook account of the Winner(s) from which the Entry was sent for the Contest.