You are here: Home > Television/TV > Vijay TV
All posts from supersinger.in

2. The Channel shall telecast the Wild Card Round of the “Program” from February 17th, 2016 to February 26th, 2016 (except 20th & 21st February 2016) between 21:30:00 hours till 22:30:00 hours (“Wild Card Round”). Vijay Television Private Limited (“VTPL”) and/or the Channel reserve the right to change the dates, the timings and days of the Program/ Wild Card Round, without giving prior written intimation to the viewers. 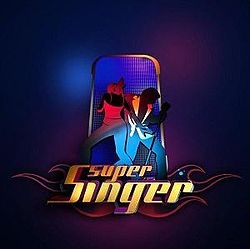 6.1 IVR – Airtel Mobile subscriber can call 566676 from their mobile phone and vote for their favorite contestant by following the instructions of the recorded voice.
** For IVR voting Rs. 6/- per minute is charged to subscribers of Airtel network Operator.
** Voting through IVR shall only for Airtel mobile customers across India and not to the other network customers.
** The cost of each IVR shall be charged by the Airtel operators.
** Neither VTPL nor the Channel shall be responsible in case of any network problem and/or the costs charged by the mobile operator or breakdown of the machinery or any other default or problems which may occur due to the voting mechanism or any problems in connection thereto.
** VTPL shall not be responsible for any dispute in connection to the same and all disputes in this regard should be settled directly between the subscriber and the Airtel operator without involving VTPL and/or the Channel.

6.2 For Online Voting, follow the instructions stated below.
** Log on to the website supersinger.in;
** Notify your email id as required in the website;
** Click on the link sent to your notified email id and vote for your favorite contestant through the link;

7. The Viewers shall not be permitted to vote between 18:00:00 hours to 21:29:59 hours on each day of the Poll (“Non-Poll Hours”).
8. A Viewer shall be entitled to cast any number of votes for IVR voting and only 5 votes per email id per day for online voting.